A sweet dumpling squash is an adorable fall vegetable; round and petite with a creamy yellow-gold flesh. But if you attempt to make a dessert like Sweet Dumpling Squash Bars, will it appeal to kids? Well…here’s a true story: I made these bars yesterday and started taking pictures of them next to some whole sweet dumpling squashes. Our 9-year-old’s friend, who was over at the time, looked at the little scene on the table and said, “Are those bars made out of squash?!?” Before I could get a word out, my 9-year-old responded: “No – they’re pumpkin! She doesn’t make bars out of squash.” And I suppose at that point I could have protested, or corrected, but I just kept my mouth shut while they devoured the bars. Later I got a text from the friend’s mom: “He said to tell you that he really enjoyed those pumpkin things you made.”

Anyway, I don’t necessarily support lying to kids, but they believe what they want to believe. These bars basically taste like pumpkin pie in bar form (and a pumpkin is a squash anyway, right?). 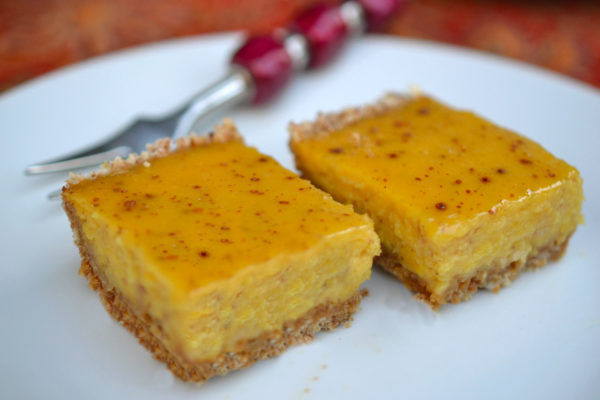 These tasty and kid-friendly dessert bars are made from sweet dumpling squash. 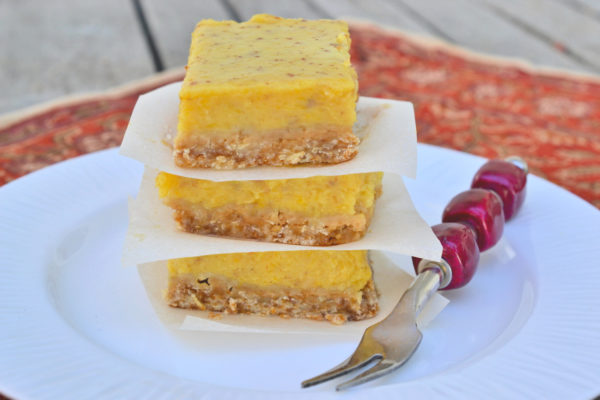 You may serve these warm. However, our kids like them almost as much or maybe even better served chilled.

Many thanks to Melissa’s Produce for the beautiful squash to sample. 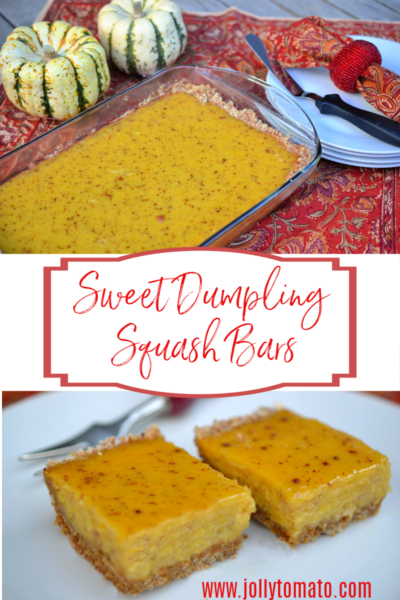 Blogger disclosure: We did not receive compensation for this post. We did, however, receive squash to sample from Melissa’s.