Often when we hear people talk about cauliflower, we hear the word “bland” tossed around. Bland – really? Have you ever seen this colorful cauliflower from Frieda’s Produce ? Choose cauliflower in its amazing deep shades of gold or purple and you’ve got the prettiest dinner in town. 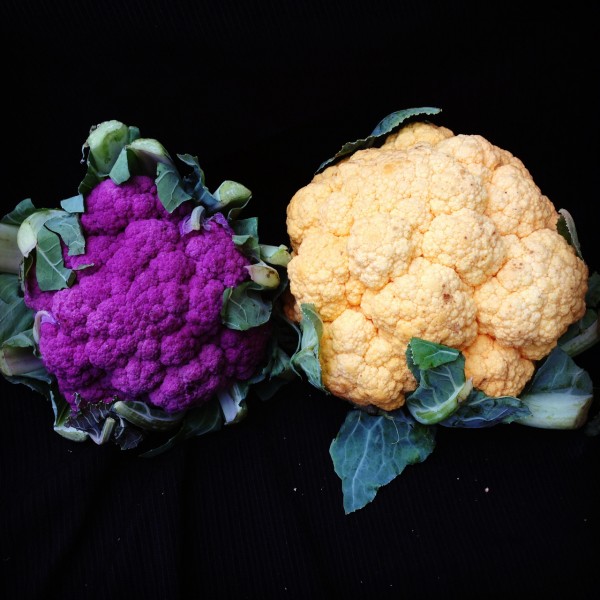 After we saw this colorful pair, we decided to put them on a pan and roast them (broken into pieces, drizzled with olive oil, at 350 degrees for 45 minutes or until tender) as “Lakers Cauliflower.” 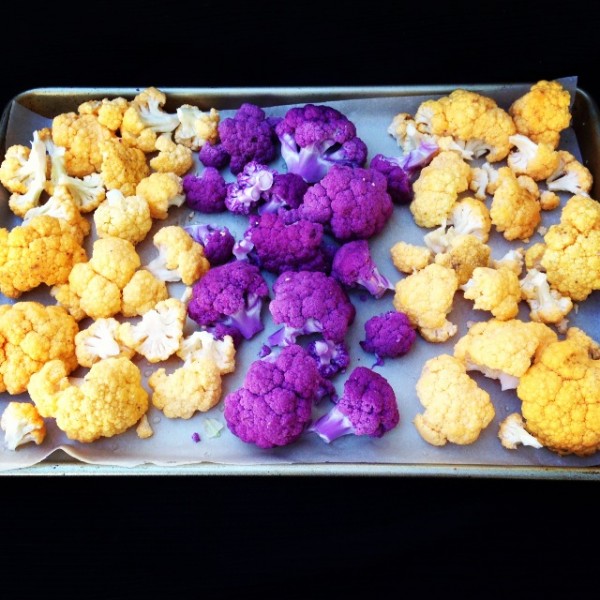 But we really wanted to play with the idea of pureeing the cauliflower to make a beautiful sauce. It was tempting to puree the purple stuff, but we didn’t want to push it too far into the “What’s that!?!?” category. So we decided to make a “hidden” cauliflower mac & cheese recipe that made use of the beautiful golden cauliflower variety.

We used this variation on Michelle Obama’s Cauliflower Macaroni and Cheese, from “Healthy Recipes from the White House to You,” (web site currently down because of the government shutdown) as adapted by Yum Sugar and then adapted by us to use golden cauliflower. Some people like a bread crumb topping, but our kids do not, so we’ve eliminated that. 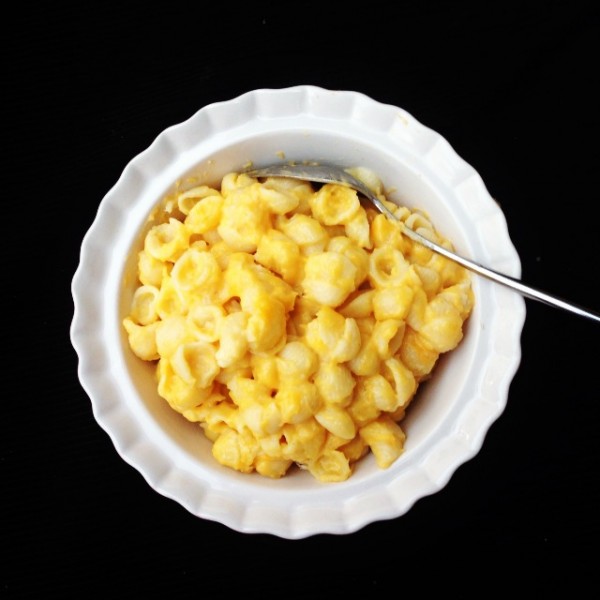 1/2 cup milk (her recipe called for a full cup; we used substantially less)

Salt and pepper to taste

1. Cook the macaroni in a large pot of boiling water. Drain and set aside.

2. Steam the cauliflower florets until very tender, about 15 minutes. Transfer cauliflower to a food processor, along with some of the steaming liquid, and puree until smooth. Add enough steaming liquid as necessary to make it a creamy texture.

3. In a large casserole dish, combine the macaroni, cauliflower puree, milk, and cheeses and stir to combine. Add salt and pepper to taste. 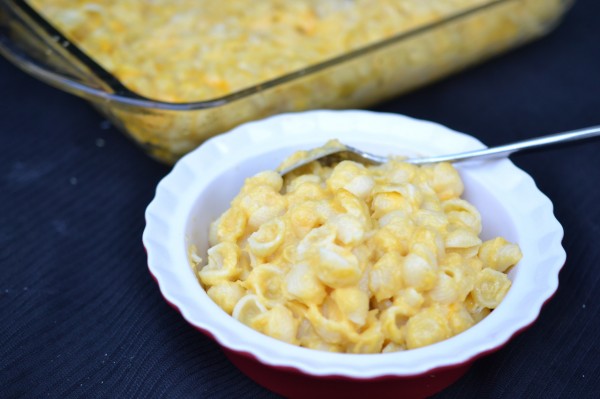 It’s very creamy and rich, with a distinctly fall flavor. Better yet, you won’t be able to complain about eating “bland” cauliflower.

These cauliflower varieties should be in most well-stocked produce departments; if you don’t see them, request them from the produce manager.

Blogger disclosure: Frieda’s sent us colorful cauliflower to sample; we did not receive compensation for this post. All opinions expressed are our own.