Sea Salt, Straight From The Ocean

Sea salt is an amazing mineral, pure and natural, with the ability to elevate the taste of just about any food. In fact, once you’ve tried sea salt, you’re unlikely to go back to regular processed table salt. But it also makes us curious. Can you just…make it? How do you do that? And why is it better than regular salt? 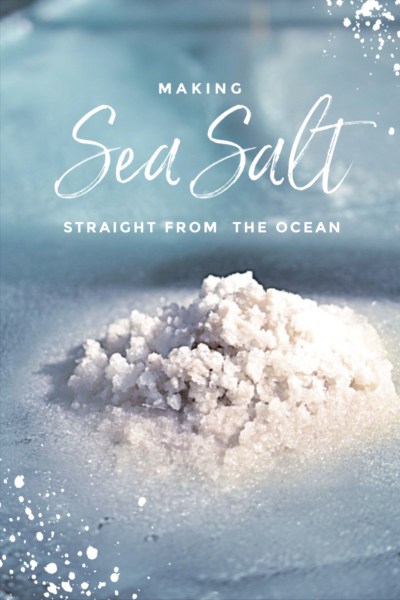 To learn more, we attended a workshop at Terranea Resort with Chef Bernard Ibarra – who is arguably the sea salt guru of Southern California. 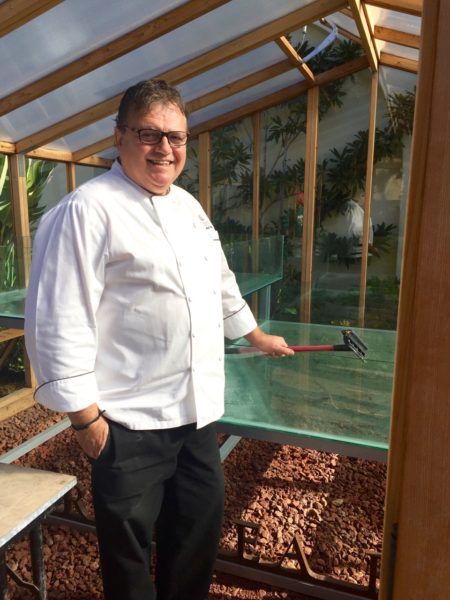 Ibarra, who was raised in the Basque countryside, grew up going to the beach in the summertime and watching his mother collect seawater to make salt for the coming year. When he moved to Terranea, located on the ocean in Rancho Palos Verdes, he saw the abundant and clear water as a fresh new opportunity. He also happened to hear that the ocean water in nearby Abalone Cove had received a score of 97 out of 100 for water cleanliness. “When I saw that report, and I saw the cliff at Terranea that reminded me of home, it brought all of the memories back,” he said. 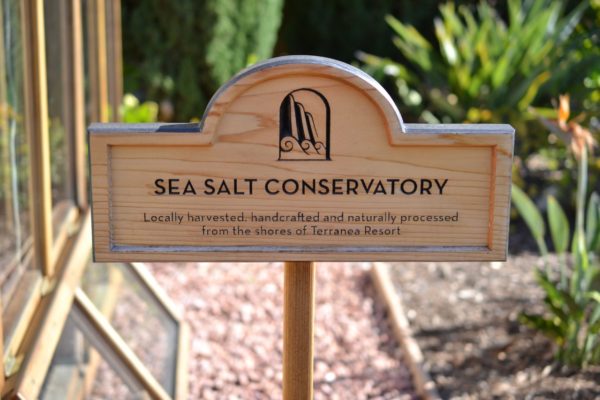 So he took a sample of the water, extracted the salt, and sent it off to a lab for analysis. The result? “The scientists said, ‘Where did you get this from? It’s so beautiful and so perfect.'” And from that point on, said Ibarra, he knew that he wanted salt-making to be a central part of his efforts at Terranea. In 2015, the resort built a Sea Salt Conservatory – a small all-glass greenhouse – for processing local sea water into salt. 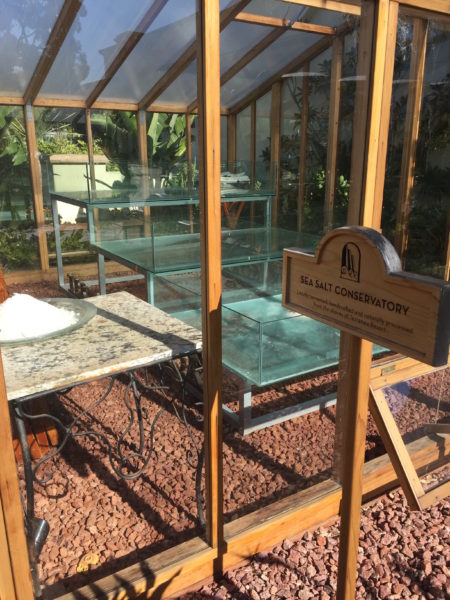 How Does Sea Salt Get Made?

Ibarra’s team collects about 100 gallons of sea water at a time, strains the water through coffee filters, and then divides it among three large troughs that soak up the sun. The water slowly evaporates, over approximately 12 days (“13 in the winter”), as Ibarra carefully rakes it from the bottom of the trough. The end result is a beautiful crystal-white pile of salt. (Once the salt reaches a certain concentration, it’s impossible for algae or any other living bacteria to grow on it.) 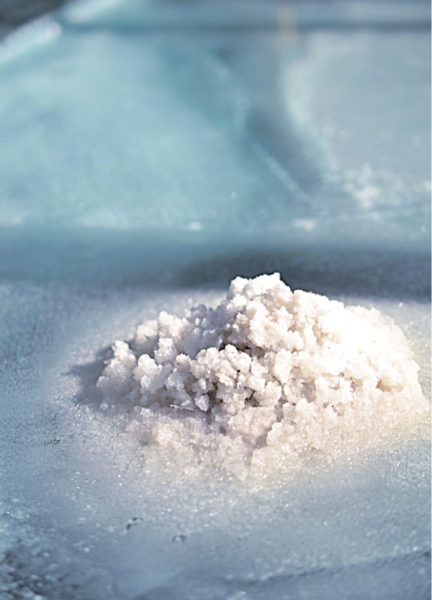 From there, he spreads it out and lets it dry on trays for another day or two, and then sets portions of it aside for flavoring with lemon, rosemary, sage, or lavender. Some of the salt is reserved for smoking as well. All told, the conservatory produces about 25 pounds of salt per month, or 300 pounds per year. 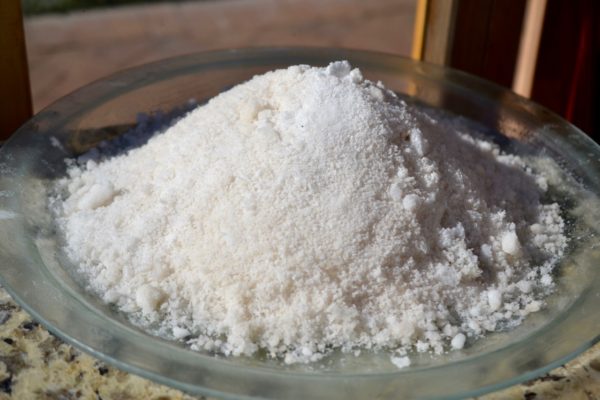 “Salt is not just salt,” says Ibarra. “If any of us are here today, it’s because of salt. Before refrigeration, the only way to preserve meat or other foods was to cover it in salt. Salt is your friend.”

How Is Sea Salt Different from Regular Salt?

Ibarra adds that regular table salt is salt that has been heated to 3,000 degrees and then bleached. “It’s full of sodium and doesn’t give you any of the minerals that sea salt does,” he says. 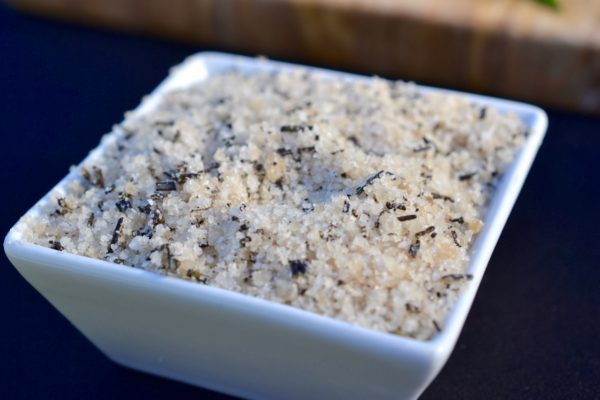 Ibarra also notes that his hand-crafted salt fits in with the farm-to-table movement that Terranea has embraced through its farm,  beehives, and other eco-initiatives. “What we’re doing – it’s a way of life,” he says. “Like our tomatoes in the summertime – They go from the vine to trays in the kitchen; not in a cooler. It’s not like when you get them from suppliers and they are in huge coolers. When we get them, they are still warm – and so sweet.”

Salt, he said, should be revered in the same way – not as a disposable additive, but as a hand-crafted element to add a finishing touch to a dish. His pet peeve? “When people don’t even taste their food first and they go straight for the table salt.”  The key to seasoning with salt, he said, is to cook the food first, then taste it, then sprinkle a flavorful salt on top to taste. 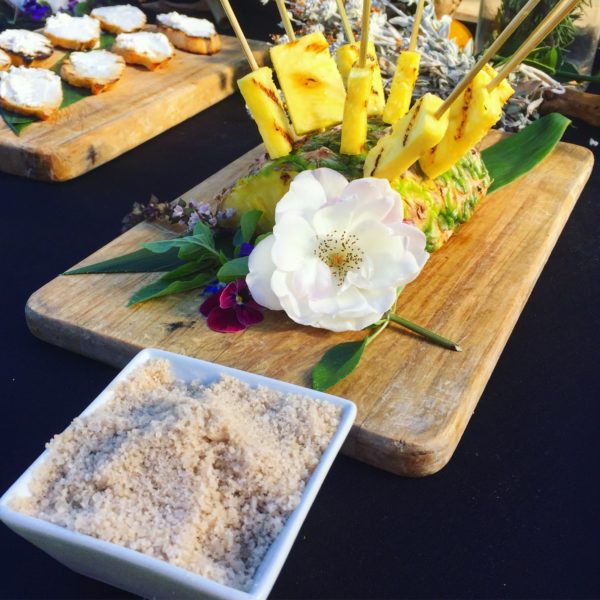 Of the items we tasted during the workshop, one memorable standout was grilled pineapple with smoked sea salt. (That’s right – fruit with salt.) “You really need the back-and-forth of sweet and salty,” Ibarra says, grinning. “Eating it without salt is like… playing tennis with nobody.”

If you’d like to taste some of Chef Ibarra’s salt, you can buy it in various flavors by the vial at Sea Beans, the on-site coffee shop at Terranea. Note: Unless you have a glassed-in salt conservatory at home, you will most likely have to make your own salt by boiling seawater. Make sure the sea water you are using is from a non-polluted source. Plan on it taking at least four hours.

P.S. Want to do another make-your-own project? Try making your own kombucha, peanut butter, or ketchup.