Do you like the idea of a timpano but don’t want a meat-heavy dish? In that case, you’re going to love this veggie-centric Vegetarian Timpano – an update on a classic. 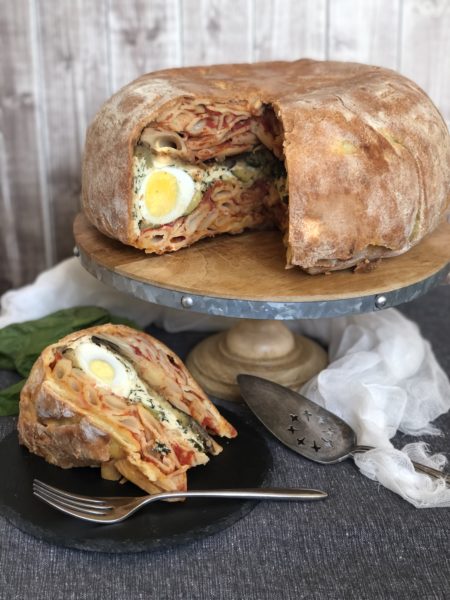 What is a timpano? It’s basically a large Italian baked pasta dish. (Officially, it’s called a timballo, but timpano is a regional name that became better known in the U.S.) But calling it a dish is a little bit of an understatement. It’s more like a crowning achievement. It often represents more than a day’s worth of labor, and it serves as a beautiful centerpiece to a meal. You never know exactly what it’s going to look like, so there’s often a dramatic reveal when you slice it open.

If you know the movie Big Night, you know that the climactic scene revolves around creating a timpano. But that timpano, like most, heavily features meatballs and other sliced meats. We thought we’d try a version with a variety of vegetables instead. 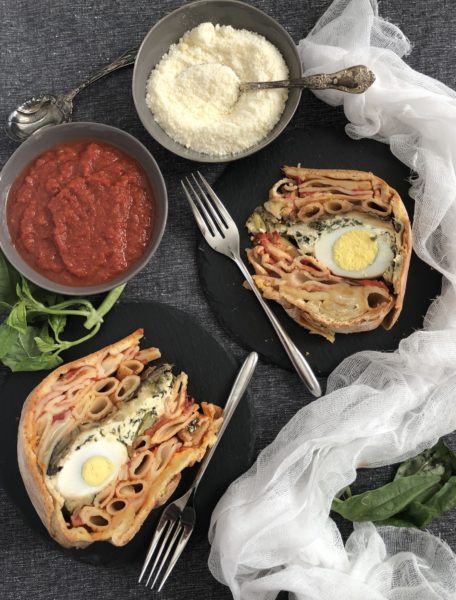 What made us confident that the vegetarian timpano would be just as delicious? Real Italian ingredients, including tomatoes and pasta from Italy. We received these tomatoes and pasta as a gift from the Greatest Tomatoes from Europe, a three-year campaign on behalf of ANICAV – the Italian Association of Canned Vegetable Industries. ANICAV members account for over 60% of all the processed tomatoes in Italy. In addition, they account for nearly all of the whole peeled tomatoes in the world. (That includes the internationally renowned San Marzano tomatoes). 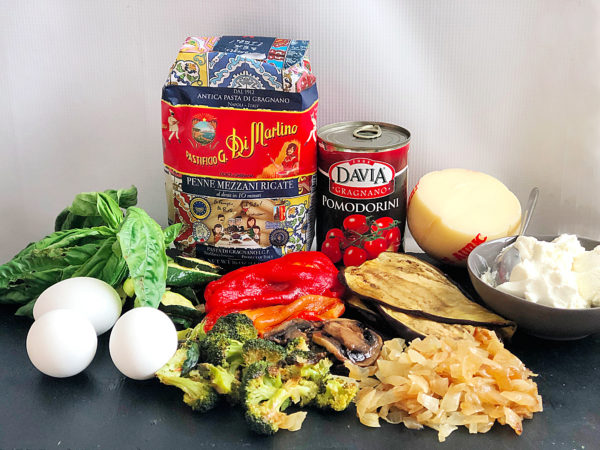 These European tomatoes are special because of the great care taken in growing and preserving them. Artisan farmers grow these tomatoes grow in rich fertile land, pick them at their peak of ripeness, and preserve them by time-honored methods. Additionally, they’re so flavorful that they don’t require the additives or flavoring ingredients that other canned tomatoes might need. They’re perfect just as they are. (Exhibit A: This Tomato-Pesto Frittata.) In fact, we like to think that these are the very tomatoes that our European ancestors relied on to make their meals special.

OK – if you’re ready to make a timpano, just understand that it is probably a two-day commitment. We started working on various stages during dinner one night, and by the second night (at 10:00 p.m.) we were finally ready to slice into the completed timpano. With that said, get ready to dive in:

Health Ads by
5 from 1 vote
Print

A timpano (baked pasta dish) made with eggs, cheese, and vegetables. The dough is adapted from the "Timpano alla Big Night" recipe from Cucina & Familia by Joan T. Tucci and Gianni Scappin.

For the Ricotta Mixture

Did you get all that? Seriously, let’s look a little closer at a few of the steps. One – You’re need to get the sauce, the pasta, the eggs, the veggies, and all of the fillings prepared before you can put everything together. It may look like a lot, but each piece is not that difficult. 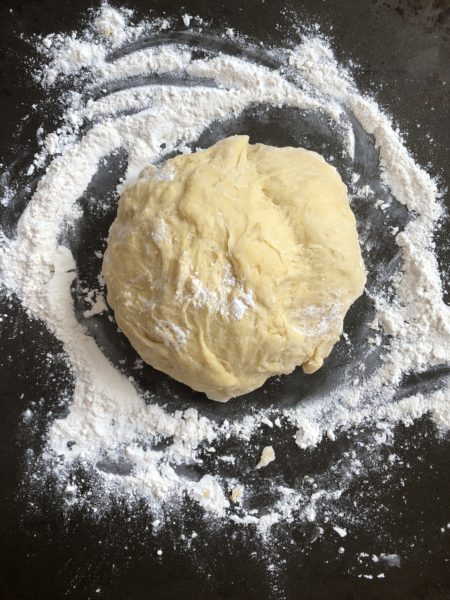 Your dough is going to be possibly the most significant part, because it has to hold everything together. 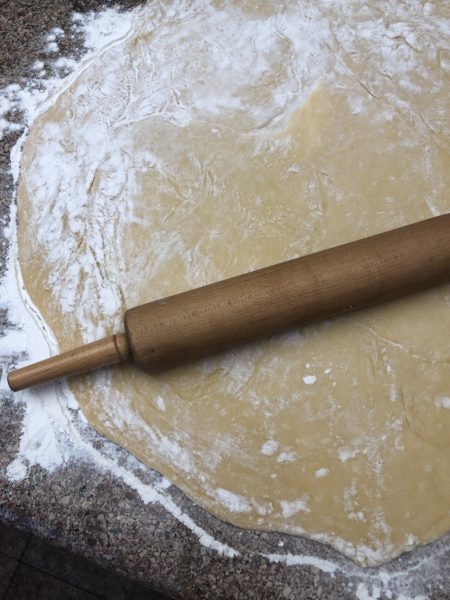 When you are rolling it out, it should be smooth and elastic enough to stretch into a two-foot-wide circle. That will make it big enough to cover the inside of the pan and have plenty lapping over the sides. (Do you have a large Dutch oven? These pans are fantastic for making a timpano!) 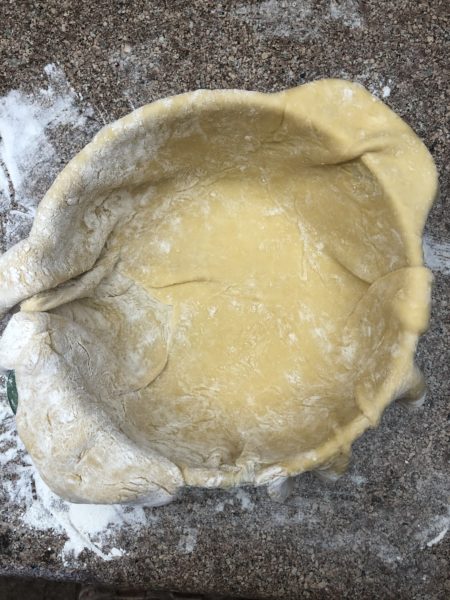 Layering in the ingredients is the fun part. By the time you get to the top, your Dutch oven should be full and heavy. 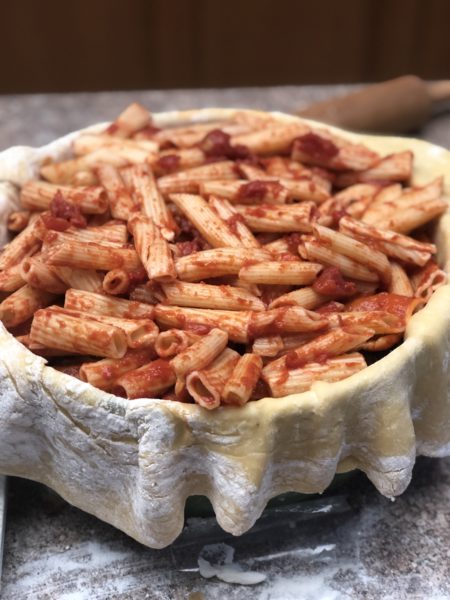 Then you fold the dough over the top, making sure to seal it all together.

After you bake it, it should be nice and golden brown on top, like a beautiful bread. 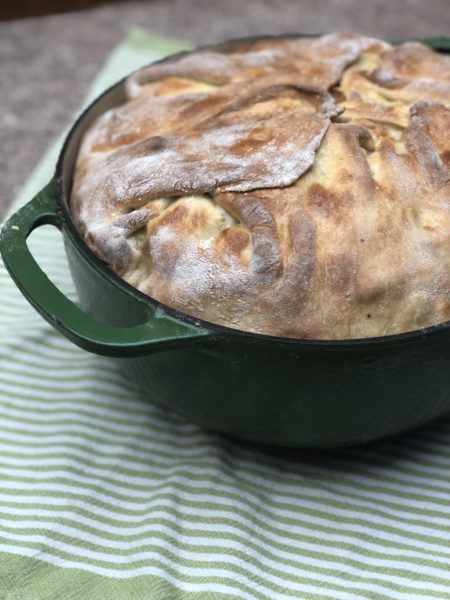 Then you have to hold yourself back as much as humanly possible to resist flipping it over and cutting it right away. The temptation is real. But stay strong. The longer you let it “set,” the more likely it is to hold together. 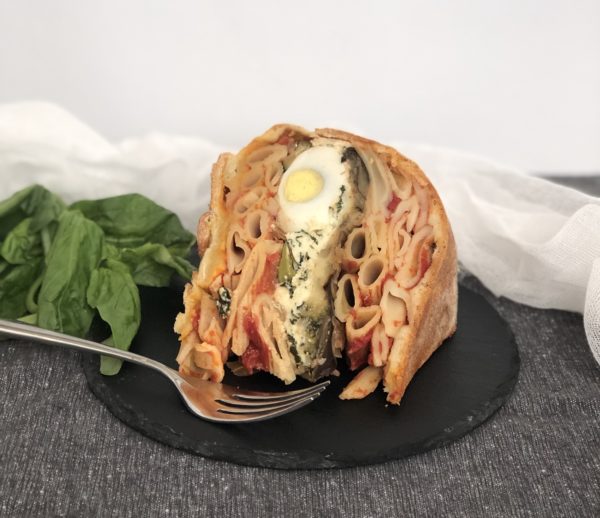 Oh – and by the way – here’s what it looked like when we cut into it:

Like it? Let us know if you make one!