The Basque boardinghouse dinner is a hearty, delicious, and boisterous tradition – and it’s a unique piece of California culinary history. Although this family-style public dinner has practically vanished from the Los Angeles area since its heyday in the late 19th century, there’s new interest among culinary historians and Basque food enthusiasts in preserving this warm and convivial style of eating. 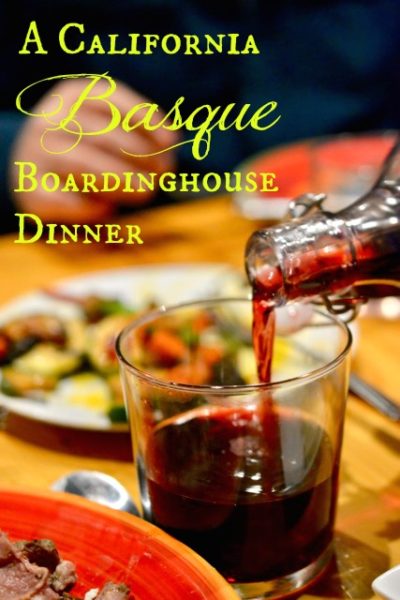 We recently had a chance to attend such a dinner, as re-created by culinary historian Richard Foss and Basque chef Bernard Ibarra (executive chef of Terranea Resort), at A Basq Kitchen in Redondo Beach. The event was co-sponsored by the National Food and Beverage Foundation.

“When we eat at a restaurant, we’re so often in a bubble,” said Ibarra. “But those boardinghouses were what it is supposed to be: Everybody talks, everybody eats, and everybody drinks together.” 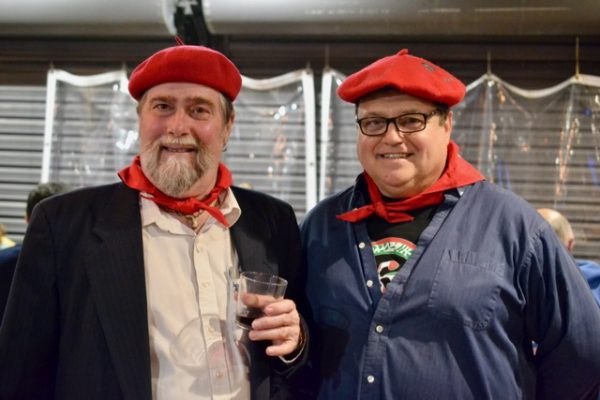 Some quick background: In the 1700s, laborers from the Basque country (in the Pyrenees, straddling the border of France and Spain) came to California and Nevada primarily to work as sheepherders. When they would gather, they would eat as they did in the old country, sitting around the table, drinking, telling stories, and sharing a large family-style communal feast. By 1890, there were at least ten Basque boardinghouses in the L.A. area alone, and they were large enough to have their own ball courts for Basque handball games, as well as special corrals for the sheepherders’ dogs. “These boardinghouses were regarded as the places with the best food in the area,” noted Foss. 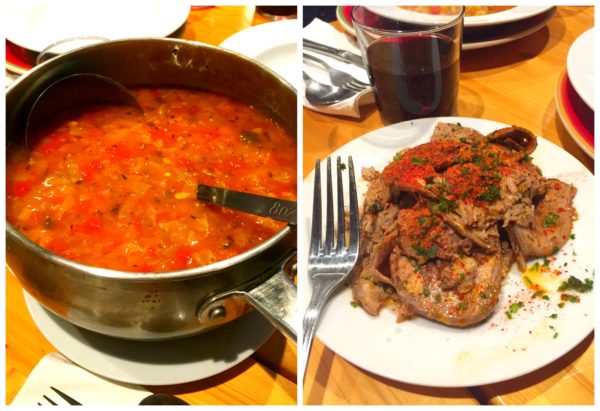 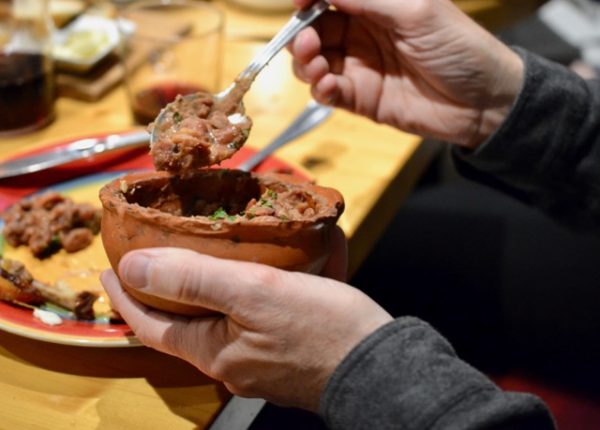 Beans are passed around in a terra-cotta crock

Our boardinghouse feast began with traditional bowls of cabbage soup, along with beans, Basque sourdough bread, hand-churned butter, cottage cheese, pickled tongue, salad, and red wine (and that was just the first course). Chef Ibarra made the rounds with an enormous cauldron of soup offering endless refills to anyone who dared to go for seconds, knowing that much more food was coming. 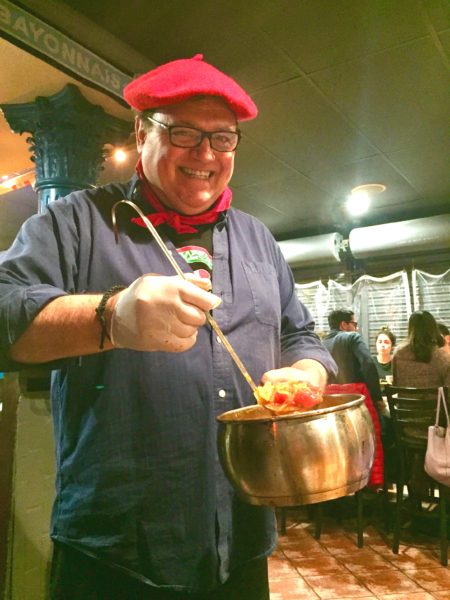 Next came a main course of braised Chicken Chilendron (chicken with peppers, tomatoes, and onions – similar to chicken cacciatore) and roasted leg of lamb with garlic and chorizo; along with hand-cut perfectly seasoned french fries (How do they get those fries so crispy?) and seasoned vegetables. 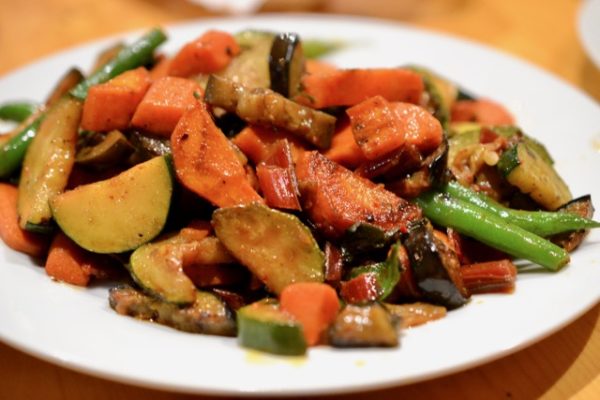 Then came a fruit cocktail with handmade ice cream…and then, as if we weren’t full enough already, we had one final chance to  fill ourselves up, on a spread of walnuts, fresh fig jam, Istara ewe’s milk cheese, and more sourdough bread. (Astonishingly, the bread was made with a sourdough starter that is 126 years old.) 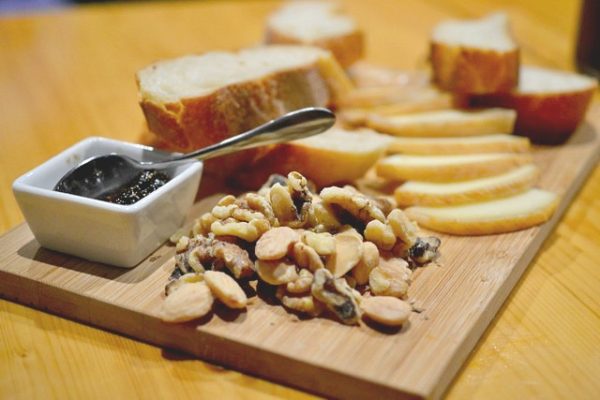 As we chatted and noshed on cheese and nuts, we washed it all down with a velvet-y smooth vermouth from Manual Acha (a Basque distiller who has been creating vermouth since 1831). The conversation was jolly and light-hearted, as a group of strangers became friends over copious food and drink. 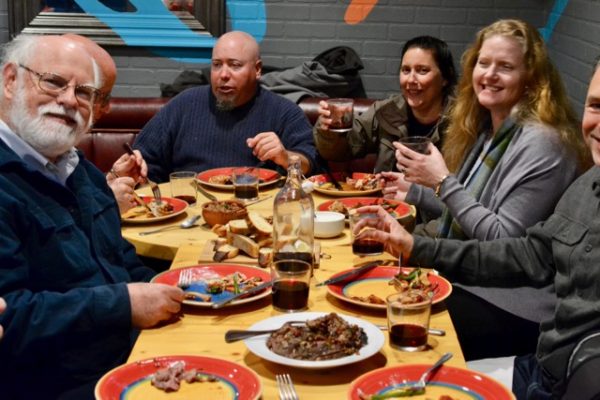 “Back home we would eat family style…we would crack walnuts, we would tell stories…” said Ibarra. “It’s a lot of food, and a lot of talking, but that’s the Basque way.”

Can this tradition be revived? Perhaps. If you and your friends want to sample tasty and traditional Basque food in the Los Angeles area, visit A Basq Kitchen in Redondo Beach. And if you’re willing to go a little further afield, try Wool Growers authentic Basque restaurant in Bakersfield, CA.

Blogger disclosure: I attended this event at my own expense; all opinions expressed are my own.