If you’re stuck in a breakfast rut, these Tex-Mex Breakfast Turnovers will give you a great new start to the day. They’re made with eggs, peppers, corn, salsa, and cheese. These turnovers are savory – not sweet – but they have just enough of a “zing” to wake you up. 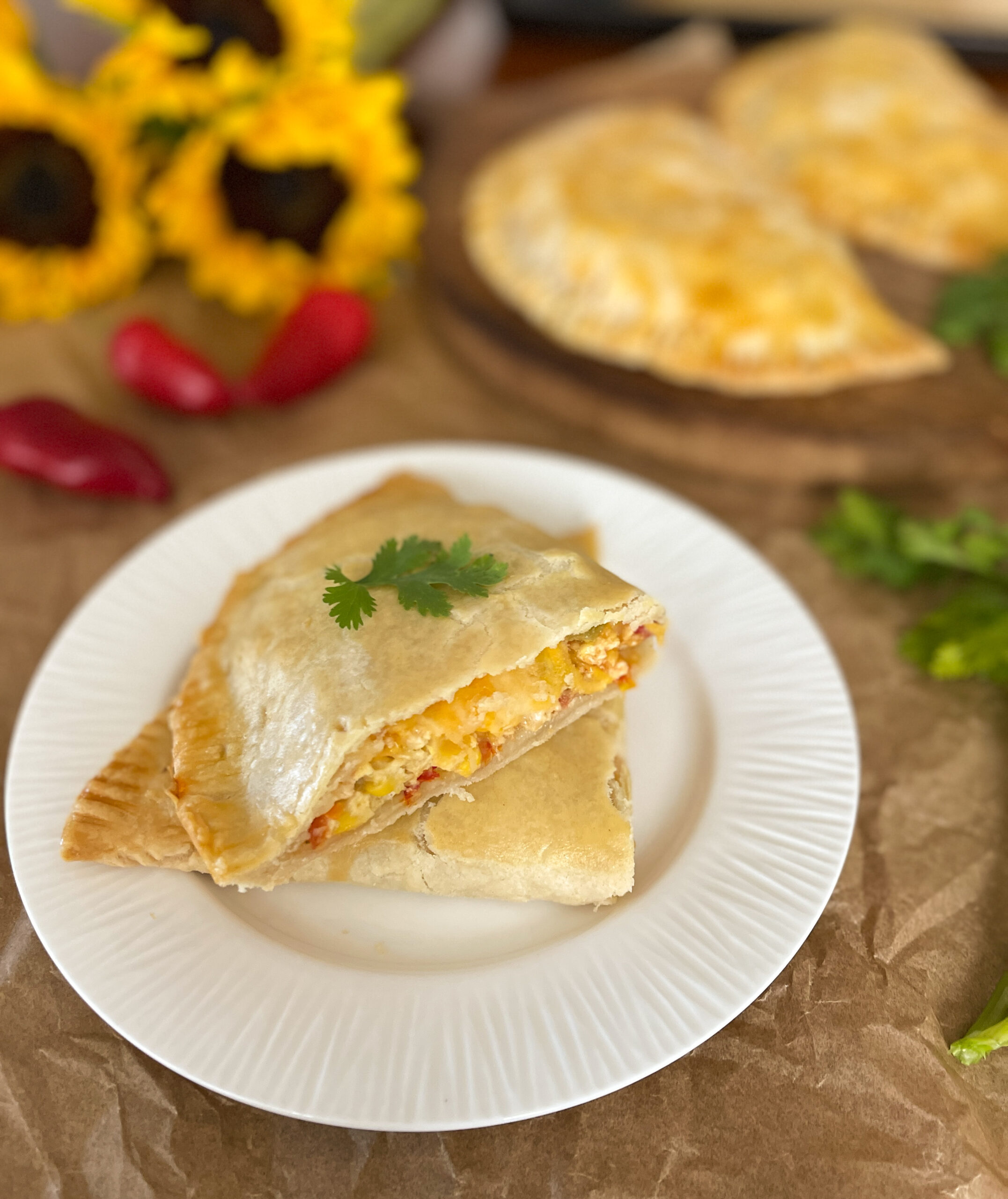 We made these breakfast turnovers using Wick’s Pies dough circles for a Wick’s Pies blogger contest. Wick’s Pies sells pies and pie dough, along with glazes and more. You can generally find them in your grocery’s freezer section.

Before we get to the turnovers, we need to digress about Wick’s Pies for a moment because they have one of the most intriguing origin stories we’ve ever heard.

So one day in 1944, Duane “Wick” Wickersham was making a delivery to a local factory in Winchester, IN, and arrived to find a commotion. Apparently an employee had spent his lunch hour at the pub and returned intoxicated. In his impaired state, the employee had caused an accident that shut down production. 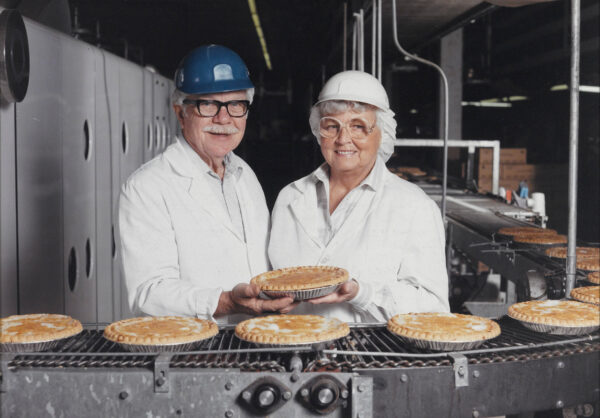 Wick overheard the plant managers complaining about how often their employees were getting intoxicated during their lunch hour, and Wick suggested that they open a café inside the facility so employees would stay for lunch.

A week later, the owners of the factory called Wick and asked if he would like to open such an establishment. After a successful first year, he sold his café to the factory and then started The Rainbow Restaurant in downtown Winchester.

That’s where, using his grandmother’s recipes, he became famous for his pies.

So the lesson (we think?) of the story is… Always look for that creative solution.

We came up with these Tex-Mex Breakfast Turnovers because we wanted to create a truly delicious breakfast treat that was not sweet. (It sounds hard to believe, but the teenagers in our house do not really like “sweet” breakfasts.) 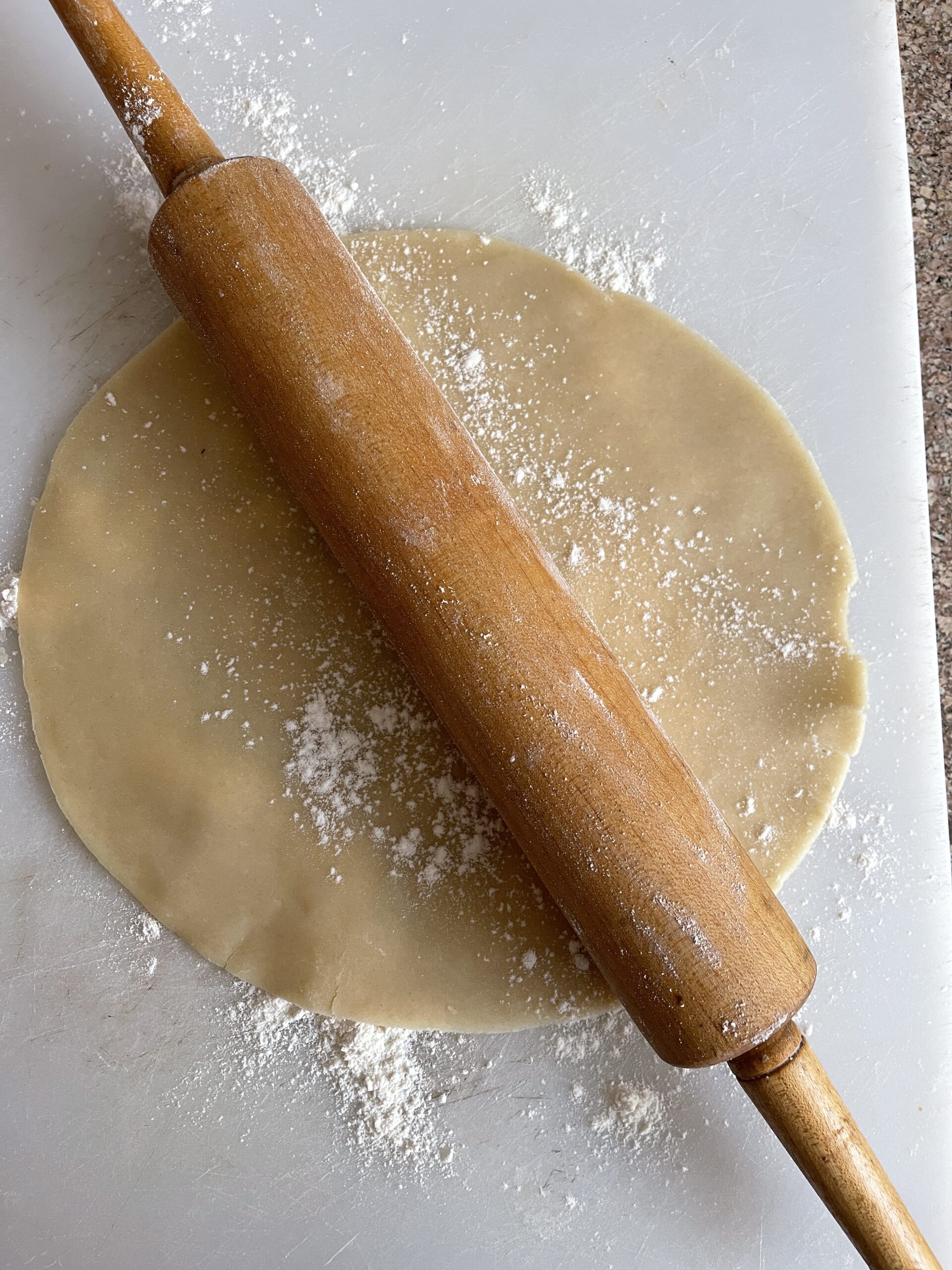 The Wick’s Pies 9″ dough circles form the basis of these turnovers. We filled them with scrambled eggs, onions, peppers, corn, salsa, and cheese. Then we folded them over and crimped the edges it to seal it all together. 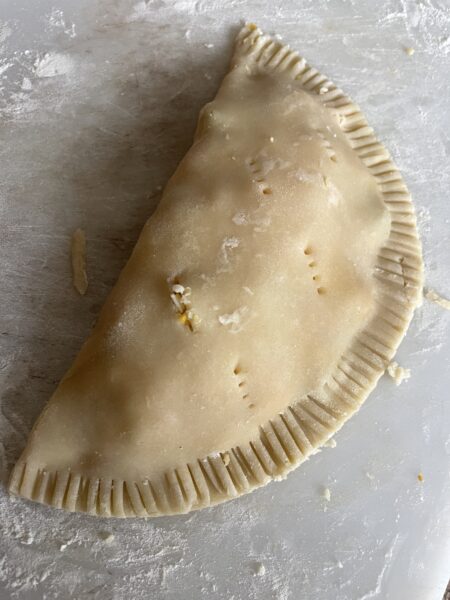 After baking them to a perfect golden brown, the pie crusts are soft and flaky, and just right for a breakfast pastry.

One more thing: By the time you fill them up – they are 9″ dough circles, after all – they are pretty big. So to serve them, we cut them in half. (Although who’s to say a teenager wouldn’t want two?) 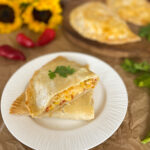 A savory breakfast treat with scrambled eggs, onions, peppers, corn, salsa, and cheese, folded up in a savory pie crust.

A few key things to remember when you are making these turnovers:

One, if you use frozen corn, cook the corn first for 2-3 minutes before adding the other vegetables. 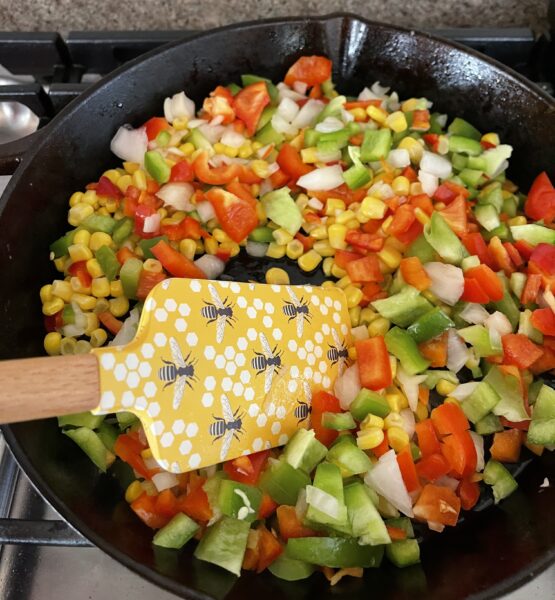 Two, the dough is delicate so don’t fill it too full.

Three, it really helps if you drain the salsa in a strainer just to get most of the watery parts out. You should be left with just the chunks.

Four, make sure you poke a few holes in the turnover before you put them in the oven. 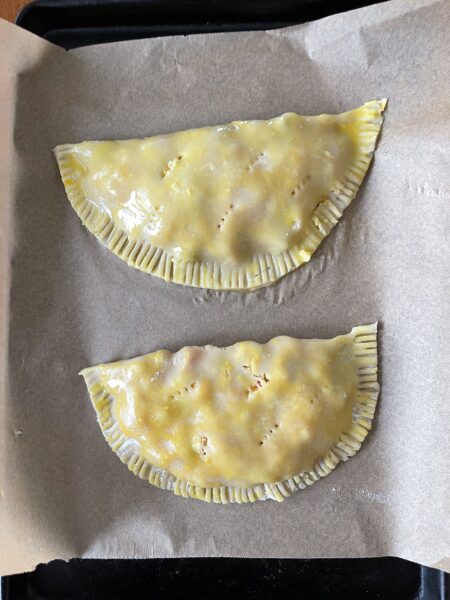 Five, do you like how we avoided wasting an egg? We use one egg yolk for the egg brush, and the remaining egg white just goes in with the scrambled eggs. No one will know the difference. Enjoy! 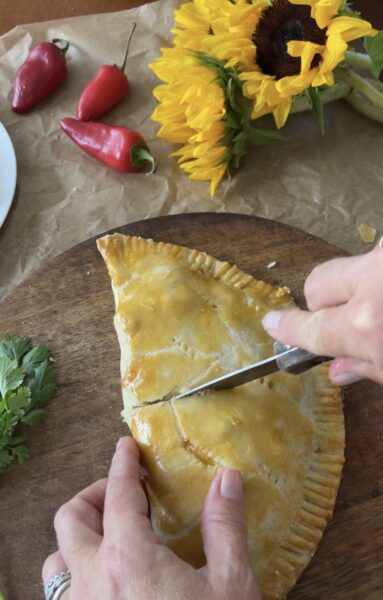 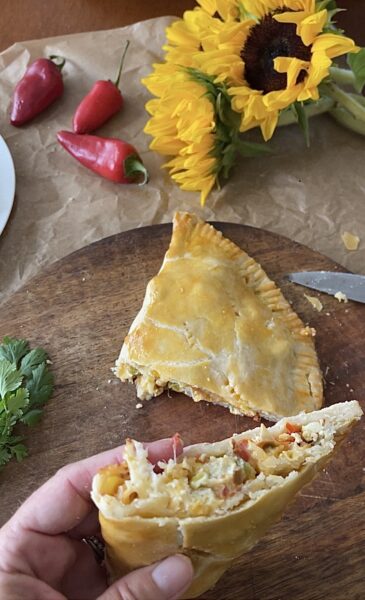 P.P.S.: Looking for another savory breakfast? Try our “Ray of Sunshine” Breakfast Noodles.

Blogger disclosure: Wick’s Pies sent us pie dough circles to enter a blogger contest. We did not receive any compensation for this post. All opinions expressed are our own.