Rosewater Ice Cream from the 1600s

What was it like to cook – and eat – in the 1600s? Thanks to a new generation of culinary historians, we are discovering more about centuries-old cooking techniques and trends.

We got deep into the topic at a recent “Antique Ice Cream Social” presented by Dr. Marissa Nicosia at the William Andrews Clark Memorial Library of UCLA. Nicosia is an assistant professor of English at Penn State Abington, and also the author of a blog known as Cooking in the Archives (www.rarecooking.com), where she interprets and re-creates recipes from the 1600s through 1800s.

Many of these manuscripts came down through family libraries, although often tossed aside by rare book dealers in favor of more “significant” historical documents. But as a new generation takes an interest in culinary history, we know more about the tastes and tables of the past. 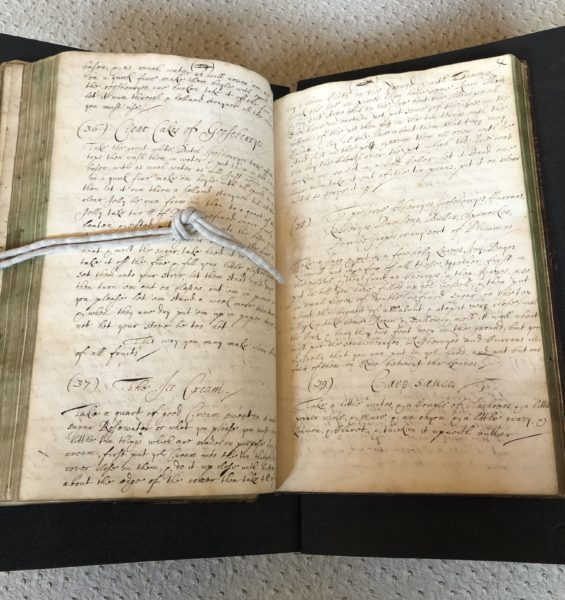 Nicosia first led us through a fascinating ice cream recipe from 1687 written by an Elisabeth Hawar of London. Many upper class women at this time wrote down their recipes in neat flourishes on rag-paper books. Let’s get a better close-up view of this recipe: 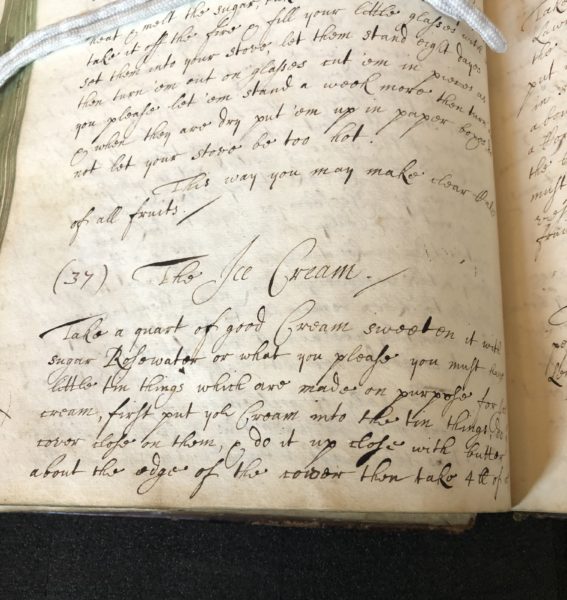 “The Ice Cream” from a 1687 recipe book by Elisabeth Hawar.

And here is Nicosia’s literal transcription:

Take a quart of good Cream sweeten it with sugar Rosewater or what you please you must have little tin things which are made on purpose for Ice cream, first put your Cream into the tin things, do the cover, close on then, & do it up close with butter about the edge of the cover then take 4 II [pounds] of ice lay clean Cloth on hte ground & with a hammer break the Ice in pieces then have some Roach Allom & bay salt strew this on the Ice beat the Allom small.

Then have an earthen pot, put some of the Ice in the bottom of the pot, then put in the tin things with the Cream & lay all the Ice about them that they may stand fast in the pott, & cover them all over with Ice then lay the Cloath over the pot which the Ice was broken on, so set in a Cold cellar let it stand one hour then take it out of the tin panns, put it on silver plates so serve it up./

OK – so many questions. First, did they really eat ice cream in the 1600s? Nicosia tells us that the first recorded “ice cream” was described in the 1500s by an Englishman who ate what he thought was a peach but turned out to be ice cream. It apparently gave him a bad “ice cream headache” and he was not amused.

Where did they get ice from in the 1600s? In most cases, workers would harvest ice in the winter from frozen lakes, and then transport it and keep it in ice houses or cellars. (Some houses could keep ice through August). To make ice cream,  they would “freeze” the ice cream in a metal container – with a lid sealed with butter – packed in ice.

What is “Roach Allom”? The “allom” probably refers to alum (potassium aluminum sulfate), most likely used to keep the ice cold. “Roach” might simply mean “a small amount.”

Also, why rosewater? Nicosia says that it was common to take rose petals from your garden at the end of rose season and boil them down to make rosewater. She also notes that today, many of us consider rosewater exotic, while we use “vanilla”  to describe something plain. Compare that to the 1600s, when rosewater was commonplace and vanilla would have been impossibly exotic.

Here’s Nicosia’s interpretation of the recipe, with a few adjustments. (We decreased the rosewater down to two tablespoons instead of the three that she suggested because we prefer a more subtle rosewater flavor.) Also, this ice cream is so delicate it really needs to be as cold as possible to stay intact. We recommend chilling the liquid overnight if possible, and freezing the completed ice cream overnight if possible, before serving. 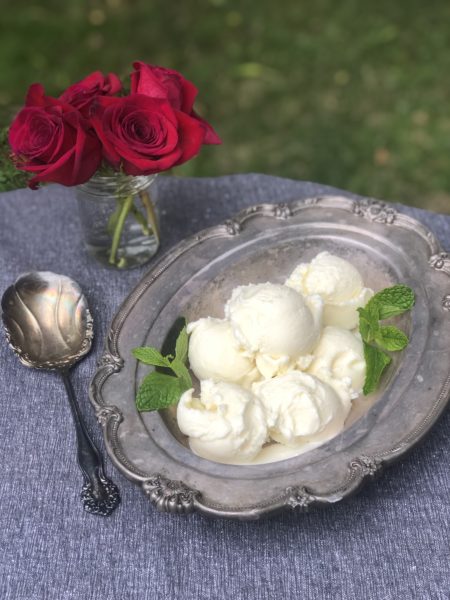 An interpretation of a recipe book from 1687 by Elisabeth Hawar, as interpreted by Marissa Nicosia of Cooking In the Archives

Note: You can order rosewater online, or you can find it at well-stocked or gourmet grocery stores. We found ours in the baking section, along with the spices and extracts like vanilla.

What other treasures lie within these books? Well, in Mariabella Charles’ recipe book from 1678 (another book we had a chance to see) there was once recipe that caught our eye: “How to Make The Best Cake That Ever Was Eaten.” Tomorrow, we’ll give you our interpretation of that recipe and we’ll let you know how it turned out. 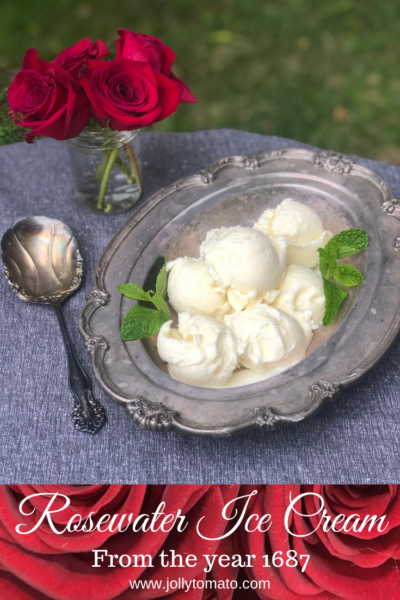 A rosewater ice cream recipe from 1687