This rosewater currant cake must have been extremely popular in 1678, because the recipe was labeled simply, “To Make The Best Cake That Ever Was Eaten.”

With a description like that, you just have to try it. 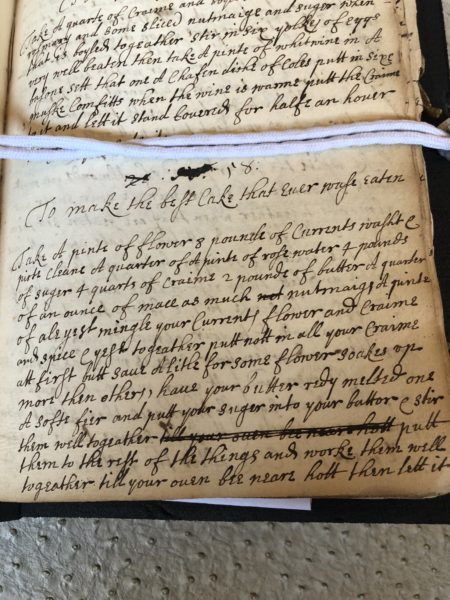 To Make The Best Cake That Ever Was Eaten

We came across this recipe at a gathering sponsored by UCLA’s Clark Library along with culinary historian Marissa Nicosia of Cooking In the Archives. This document from 1678 written by Mariabella Charles was one of the volumes on display. We were there to work on the recipe for “jumballs” (hand-shaped anise cookies) but this cake recipe that followed it was a real eye-catcher.

Now, just to be clear: We’re not culinary historians over here. We just like messing around in the kitchen. So that’s the spirit in which we took a stab at interpreting this recipe and bringing it up to modern-day measurements. 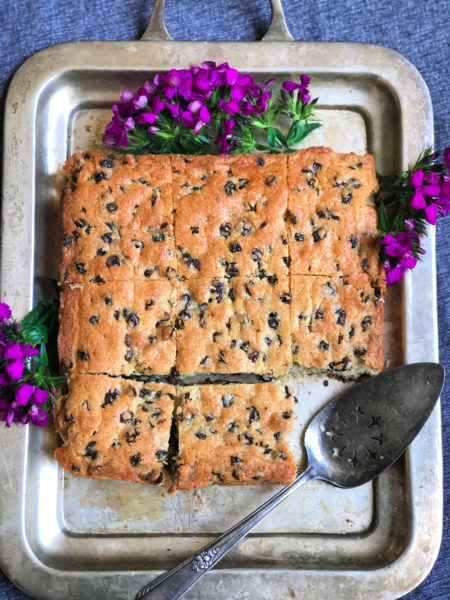 A few things about this recipe: One, the quantities are huge (4 pounds of sugar, 4 pounds of cream…). This must have served a decent-sized crowd. So we cut it down to a manageable size but tried to keep the ratios more or less consistent.

Two, the ratios are a little hard to understand. On the one hand, it calls for “one pint” of flour (are we even reading that correctly?). On the other hand, it calls for “8 pounds of currants” (!?!?). Our working theory is that this was a very fruit-heavy cake. But to bring it closer to present-day ideas of cake, we cut back a little on the currants. 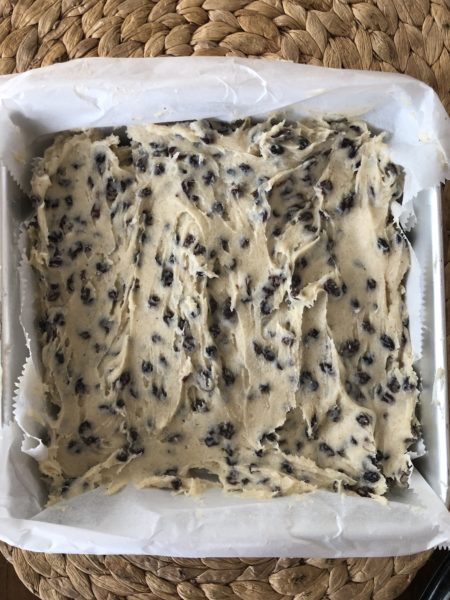 Rosewater currant cake batter ready to go in the oven

Three, this cake does not call for any eggs. Of course people used eggs back then, and you’d think eggs would be pretty standard in cake. But since eggs weren’t mentioned in the recipe, we decided to keep this cake eggless.

Four, the recipe appears to call for “ale yeast” (brewer’s yeast, we assume) as a leavening. Just to simplify it (and make it more cake-like than bread-like), we used baking soda as the leavening agent.

Five, the recipe calls for mace, which is essentially the coating around the nutmeg kernel. If you don’t have mace in your spice cabinet, just add a little more nutmeg.

Last, just something to remember: Rosewater is an acquired taste. As we mentioned with the rosewater ice cream, rosewater was an extremely popular flavoring at the time, so it’s likely that many dishes contained rosewater (as opposed to vanilla, which would have been much more exotic and rare). We minimized the rosewater just to make sure it wasn’t too “heavy” or overly fragrant.

With that said, here’s what we got:

Our Interpretation of a Recipe from 1678

An interpretation of a recipe for "The Best Cake That Ever Was Eaten" from a 1678 manuscript by Mariabella Charles as seen in UCLA's Clark Library. 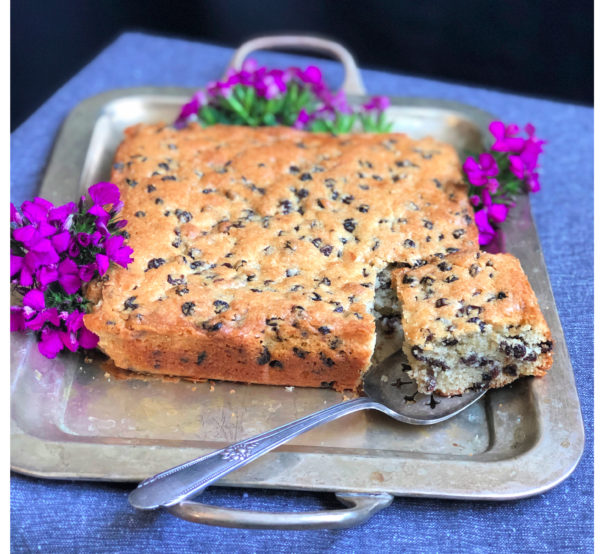 We served this at a brunch the day after we made it and we got some surprised responses. Some of our guests mistook the currants for little chocolate chips (and were therefore disappointed). (Although – note to self – that might make this cake really amazing.) Some expressed surprise because they had never tasted rosewater before. And some found this charming little cake absolutely delightful.

The best cake that ever was eaten? Sure, why not?

An antique rosewater currant cake recipe from 1687: “The best cake that ever was eaten.”

5 Responses to Rosewater Currant Cake From 1678