But first things first… Rhubarb is kind of weird. It’s a vegetable most often prepared as a fruit. (Are there any other vegetables like that?) It looks like giant red celery. And even though it’s beautiful in its sturdy fresh form, most people eat it chopped up and stewed (with sugar and water). 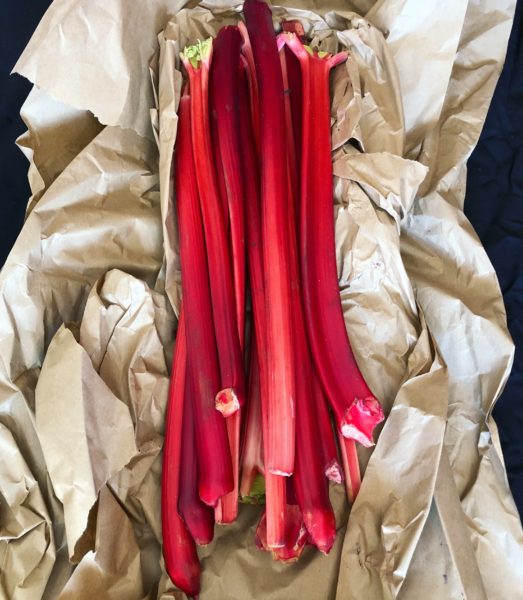 There are so many tasty things you can make with rhubarb (Sauce! Cakes! Muffins! Relishes!) In fact, rhubarb cake (more specifically, Mom’s rhubarb kuchen, is one of our favorite cakes of all time. But with a bumper crop of rhubarb on hand (thank you, Melissa’s), we decided to branch out and try something we haven’t tried before. That’s how we set out to make this no-bake rhubarb cheesecake that is the perfect antidote to these hot temperatures. 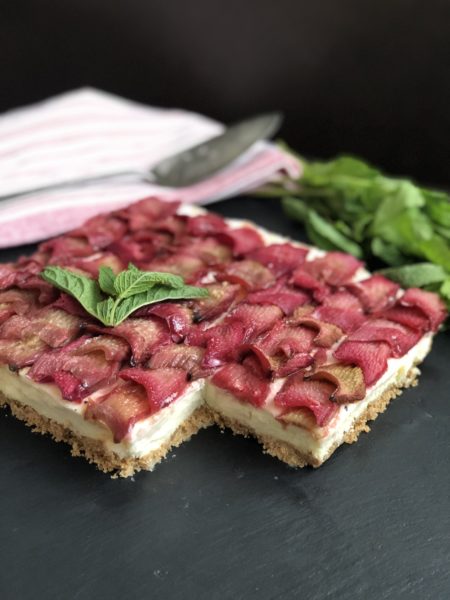 An easy, creamy, no-bake cheesecake with a sweet-tart rhubarb topping. 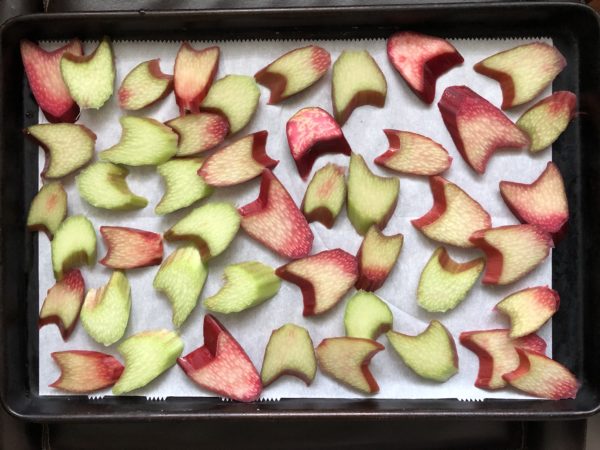 OK, full disclosure: We did turn on the oven. We roasted the rhubarb in the oven for this topping because we wanted to line up the pieces in straight lines. But if you didn’t want to turn on the oven at all, you could simply stew the rhubarb with water and sugar on the stovetop. When the mixture is cool, dollop the stewed rhubarb on top for the perfect rhubarb cheesecake.

Also, a note about serving: This cheesecake is pretty sturdy and will stay intact when you lift it out of the pan. with the parchment paper. Use a large spatula to slide it gently off the parchment paper on to a serving platter. When you’re ready to serve it, wipe the knife clean between cuts to get nice clean slices. And definitely serve it cold! 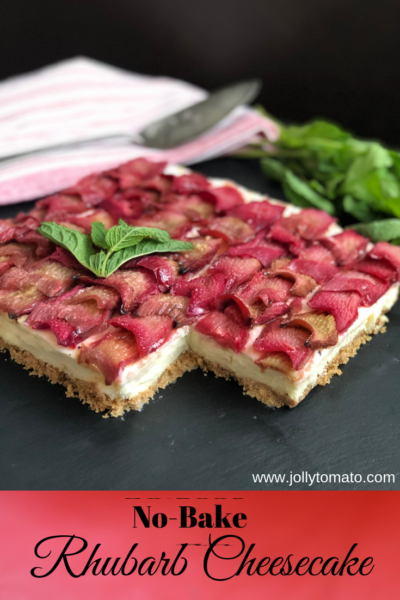