Sure, you love green asparagus, but what about its mysterious cousin, white asparagus? It’s tantalizing, different, and so… white. 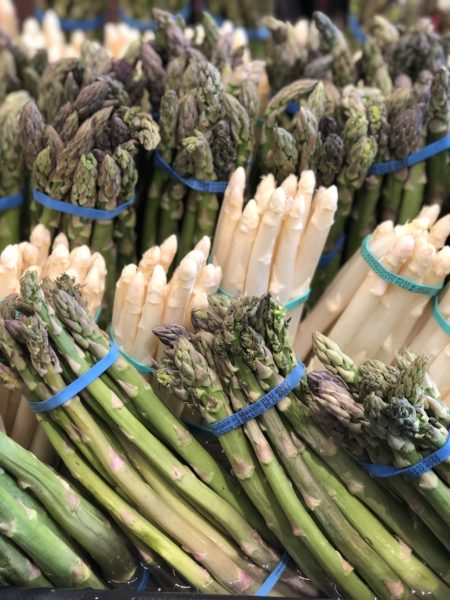 (Fun fact: The white version is basically just asparagus that’s never seen sunshine. As such, the taste is similar to green asparagus but very mild and a little earthier.)

So when we recently saw some beautiful bundles of the white variety, we searched for recipes for what to do with these pale stalks. Turns out, 90 percent (that’s an unscientific estimate) of the recipes involve laying out the  stalks on a plate and covering them in some kind of creamy yellow-ish sauce.

Then we thought…why not make something pretty and puffy and golden brown? And why not include some regular green asparagus too, just for a little dash of color? That’s how we arrived at this delicious savory tart. It’s basically a quiche with a filo dough crust. (And we know all about making savory tarts out of obscure produce). 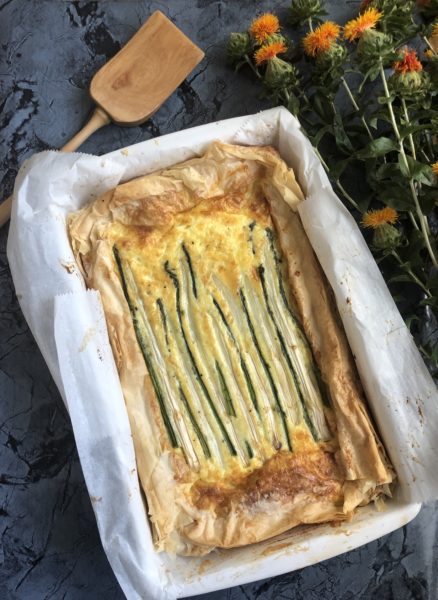 A crisp and puffy golden-brown tart featuring both white asparagus and green asparagus.

When you make this tart, don’t get too worried about having the filo sheets perfectly lined up. As long as you tuck in the ends by the time the tart is filled, no one will ever see where any one individual sheet landed. No matter how you lay down the filo, you’ll end up with something perfectly golden and puffy as the final product. 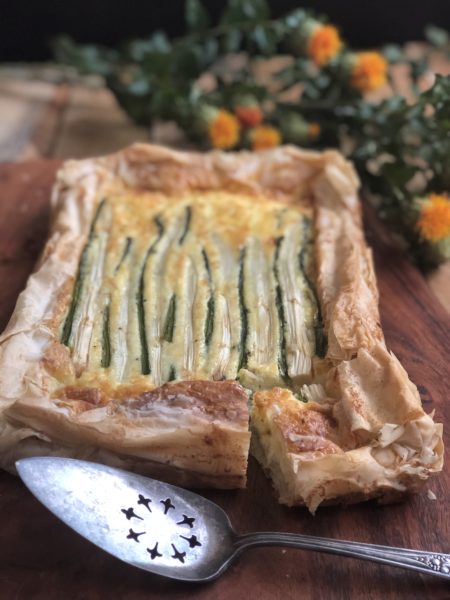 In fact, it’s so pretty, you’ll want to serve it for a special breakfast or brunch. And it’s so tasty, you’ll want to continue eating it at dinner and beyond.  Talk about a dilemma! But in our book that’s a better dilemma than, say, what to do with leftover creamy yellow sauce. 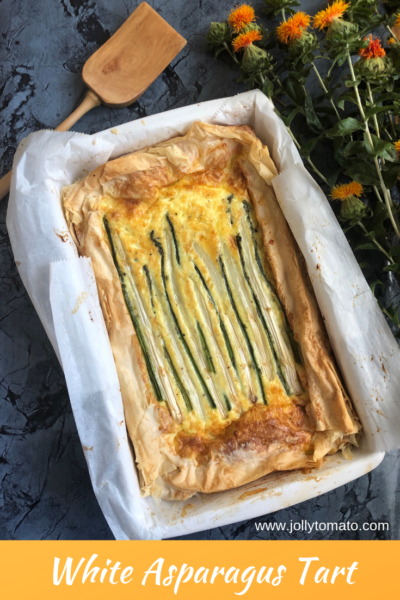 White asparagus plays a starring role in this rich golden-brown tart made with filo dough and both white and green asparagus.