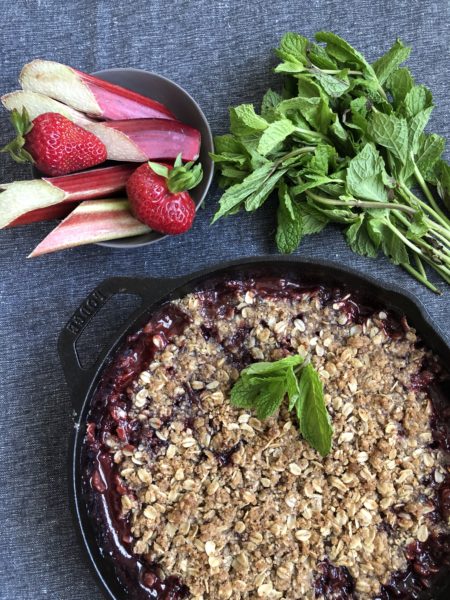 It’s easy because there’s no complicated measuring or leavening. The “crisp” (streusel) topping is something that you could just have your littlest kids mix together.

Why strawberry, though? Here’s an interesting thing about rhubarb. It’s mostly a beautiful crimson color. But as you slice it up, you realize that it has an almost ombre shading that goes from green to red. If you have more green than red, it doesn’t tell the same visual story that you come to expect from rhubarb. 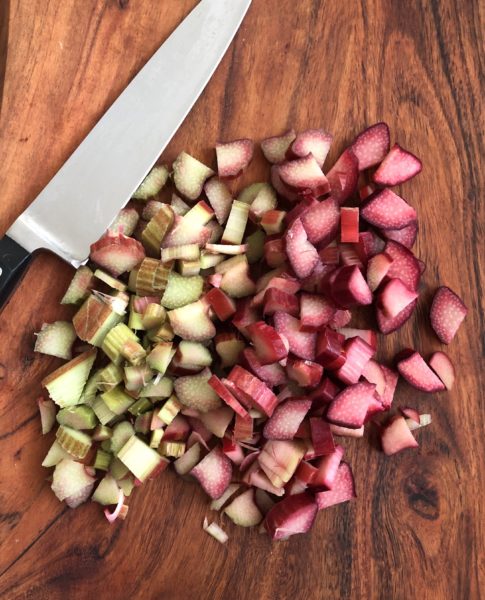 We’ve read recipes where people add things like beet juice to make their rhubarb dishes redder. It seems sad to have to do this to perfectly innocent rhubarb. However, if you want to have the same tangy taste with a pretty red hue, strawberry is the perfect summer fruit complement.

An easy summer crisp with a deep red and tangy-sweet rhubarb-strawberry filling.

One note about this recipe: To get a true “crisp,” cook the fruit until it’s nice and bubbly before you put the topping on it. That way the topping doesn’t get soggy while the fruit does its thing. The “crisp” is only in the oven long enough to, well, crisp up, so you won’t wind up with a soggy dessert. 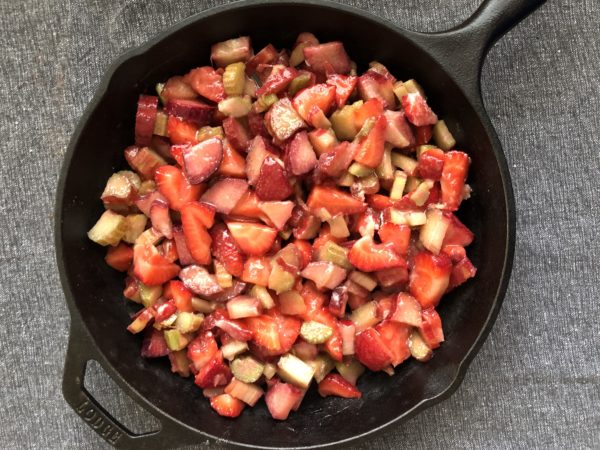 We’re about to cook all of this fruit so it’s nice and bubbly *before* we put the topping on it.

And another thing: We highly recommend this as a dessert, particularly served warm with a dollop of cream or ice cream. But we’re here to tell you that it’s perfectly fine to have it for breakfast. Hey – it’s got oats and pecans and fruit! Who is anyone to judge? 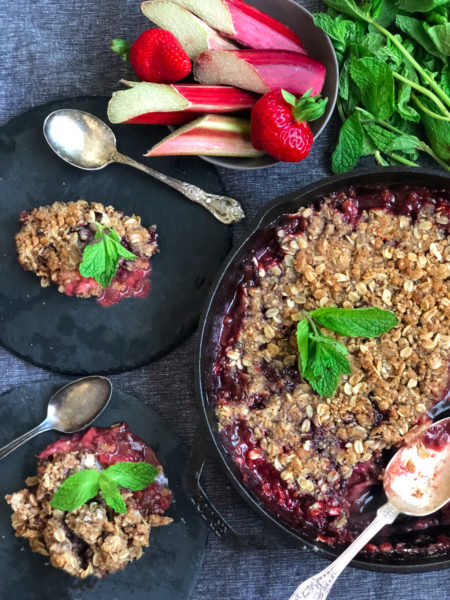 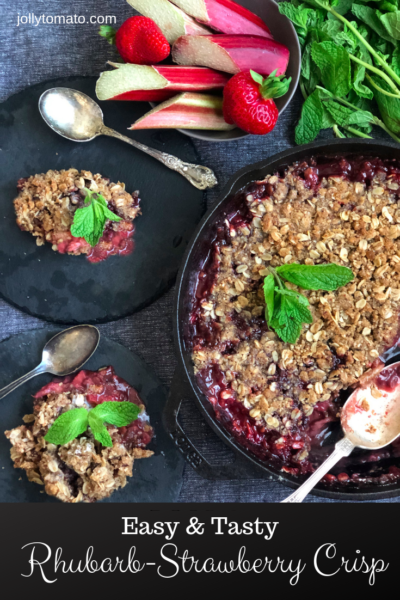