Now that we’ve had a chance to talk about rhubarb, let’s look at one of the most delicious things you can do with it: Make a rhubarb cake. 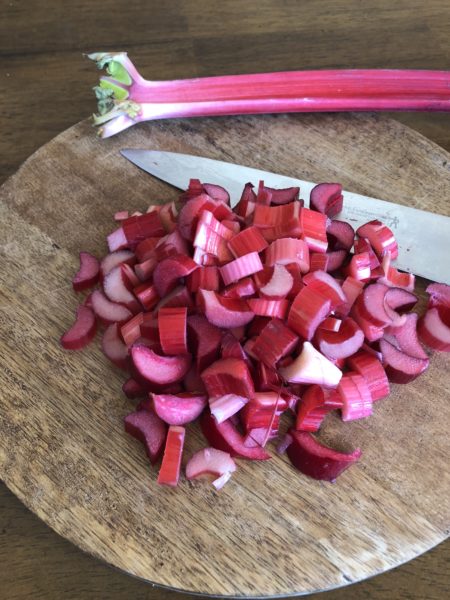 One of our favorite cakes ever, of course, is Mom’s rhubarb küchen, which is a German fruit cake. Basically, you make a crust, top it with fresh fruit and a sweet topping, and you’re done. In the last few days, however, with this bounty of rhubarb from Melissa’s, we’ve been messing around with the usual formula. But let’s not get ahead of ourselves. First things first – The famous Rhubarb Cake (Rhubarb Küchen) recipe: 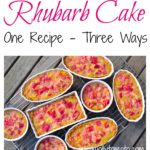 The last time we made this rhubarb cake, we divided the crust and the rhubarb custard into a variety of ramekins so we came out with a bunch of single-serve mini rhubarb kuchens. 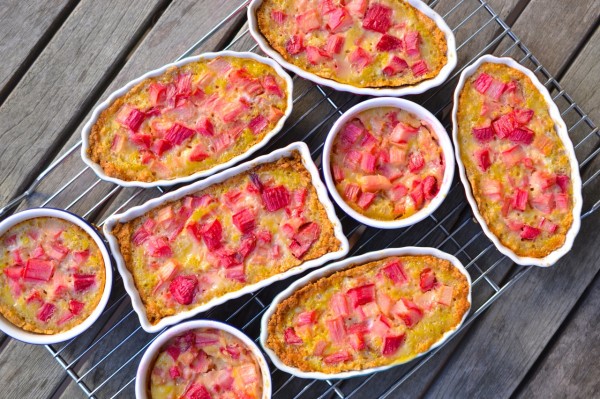 But this time, we decided to do it all in one pan… and since we were feeling Pinterest-y, we put a rhubarb weave on top. You can do this by taking a single stalk of rhubarb and slicing off long strands using a carrot peeler. Then simply weave the strands together in a basketweave pattern, as you would for a pie crust. Here’s the rhubarb cake before baking… 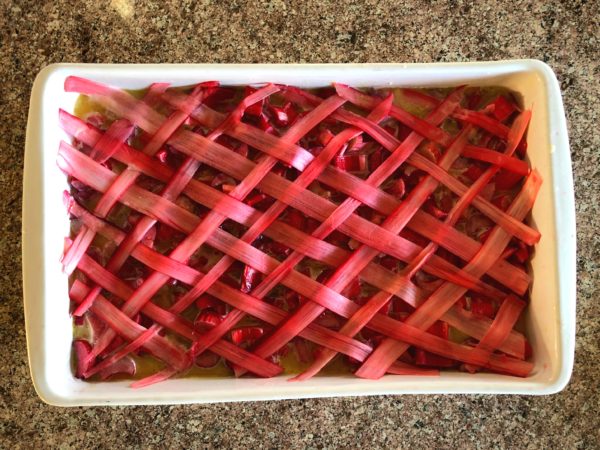 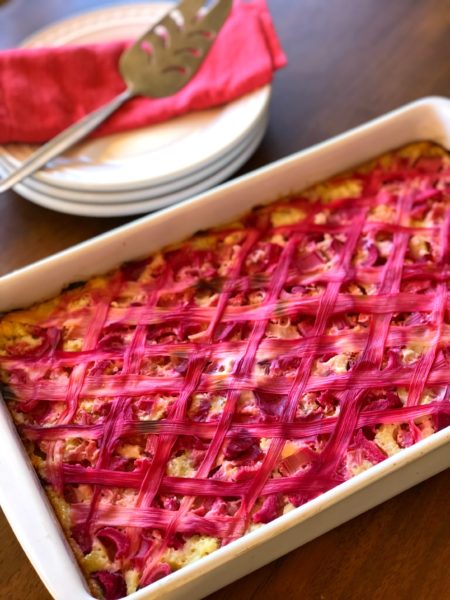 If the rhubarb topping comes out a little dry, you can brush some simple syrup on it (1 part water to 1 part sugar; bring to a boil and reduce until slightly thickened; brush the syrup on top). 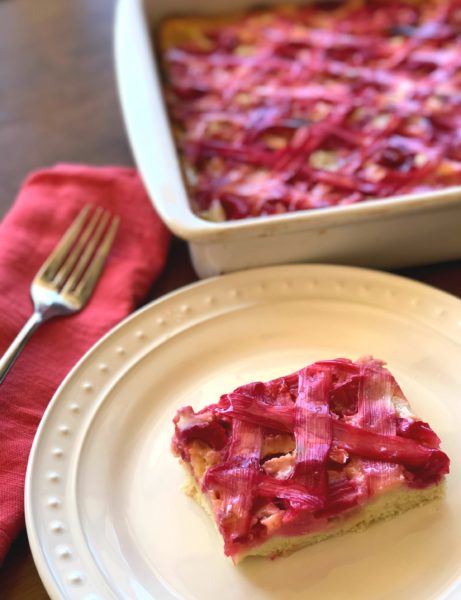 And then after we made that cake, we were feeling even more “extra,” so we went the extra mile and did a rhubarb rose tart. To make this tart, we used the recipe above, except we 1) cut the recipe for the crust in half; 2) par-baked the crust for 20 minutes before putting in the filling; and 3) poured the custard in before setting down the rhubarb roses. Then we baked the whole thing for about 35 minutes.

To make the rhubarb roses, we did the same thing as we did for the basket weave – we sliced long strands of rhubarb using a carrot peeler. But this time, we weren’t necessarily aiming for all long strands. A wide variety of sizes makes for a more interesting “rose” look. Then you just take the strands, roll them up, and place them on the tart crust on top of the custard. 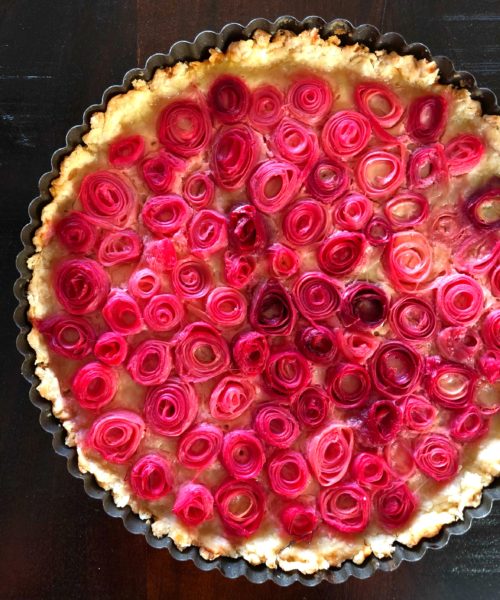 And voila! Your perfect rose tart. Truth be told, this takes a long time. You’re going to have to enjoy rolling up very thin strands of rhubarb for what seems like forever. But it’s worth it (!) if you want that pretty rose look. (Some people soften the rhubarb strands by boiling them in sugar water if they’re going to weave them or roll them, but we found that they’re just as easy to roll – and less slimy – without the sugar water step.) And the final taste? Sweet, tart… all the flavors you come to know and love from rhubarb.

Now, it’s time to dig in to all of the rhubarb cakes we have piled up in our kitchen. Let us know if you try one!