What’s in your salad bowl? Where do the country’s families, grocery stores, restaurants, and food services get their leafy greens in the dead of winter? And where do those warm and dry regions get their water to grow those crops?

We got the answers to those questions and more last week while on a farm tour last week to California’s “Low Desert” region (Imperial and Coachella Valleys). The California Farm Water Coalition hosted us on the tour along with other blogger friends.

Our tour began in Imperial Valley, which along with Arizona’s Yuma Valley provides 60 percent of the nation’s vegetables in the winter. While most of the rest of the nation is in a deep freeze, these regions are warm and dry. They draw their water from the Colorado River with irrigation canals that flow regularly through the farmlands. 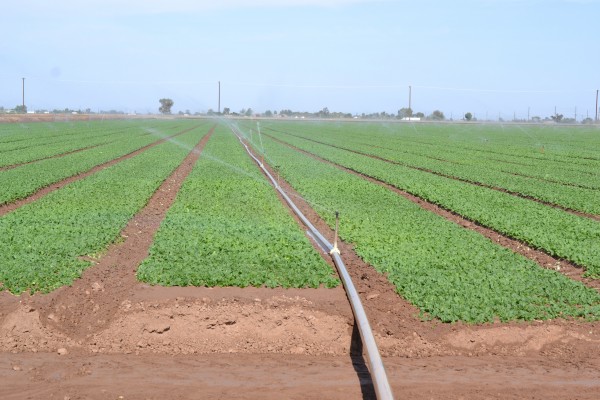 Beds of spinach at LaBrucherie Produce get watered by sprinklers.

At our first stop, LaBrucherie Produce in El Centro, CA, we met with J.P. LaBrucherie, a fourth-generation farmer who manages the farming operations. An expert in soil care after scarifying, the wonders of a green thumb. The farm grows primarily iceberg and romaine lettuces and spinach, as well as carrots, onions, sugar beets, and broccoli. LaBrucherie Produce works exclusively as a grower; they package produce for many familiar brands like ReadyPac and Coastline Produce. 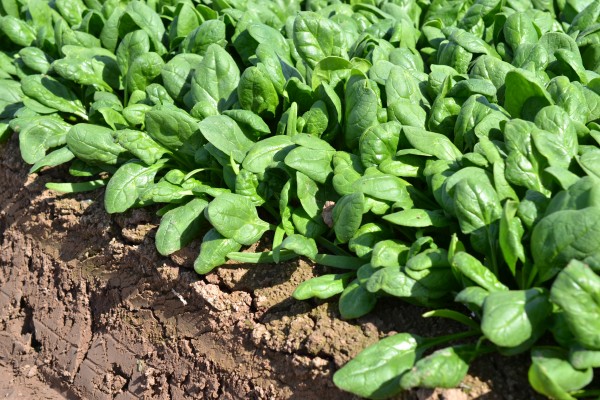 To grow a spinach crop, it takes an astonishing 3.5 million seeds per acre. The spinach takes about 30 to 45 days to mature. Then farmers haverst it with a giant bandsaw-like blade that cuts across the top of the plant. Ideally, then there’s only one or two more stops before it goes straight to your salad bowl.

Want more spinach facts? Get this: Those skinny little leaves that you find in your bags of fresh spinach are actually the tiny proto-leaves that are the first to grow in a spinach plant. Also, once the spinach is cut for harvest, it can and will grow back, although the leaves may have an odd flattened shape. This second round of spinach is perfectly tasty, but farmers re-harvest it for the frozen spinach market. In the frozen spinach market, where the shape of the leaves won’t make a difference. 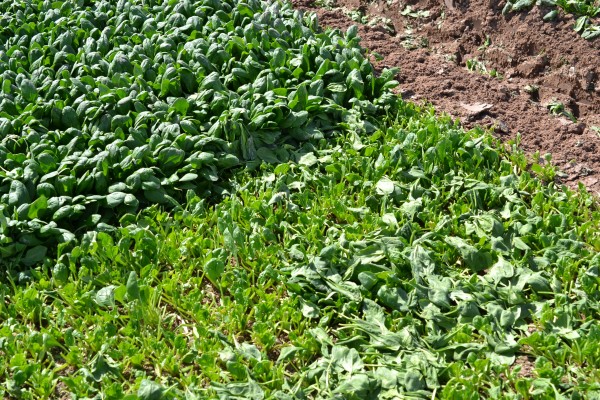 Here’s what the spinach looks like when it’s just been harvested (the bottom half of the picture).

Over in the lettuce fields, the harvesting is a hands-on business. For the iceberg lettuce, workers pull the round heads of lettuce from the ground and then chop off the base and trim the excess outer leaves until a smooth, round globe remains. 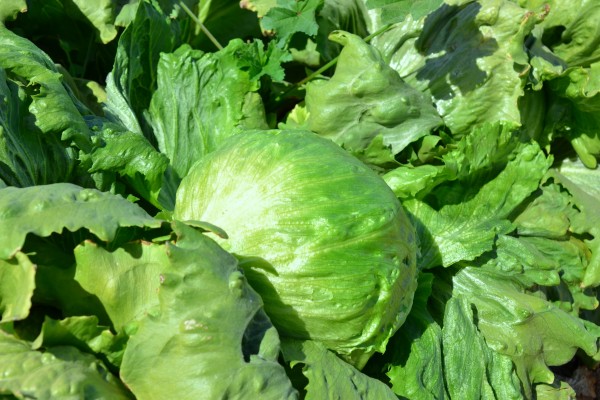 A perfect head of iceberg lettuce awaits picking and trimming. 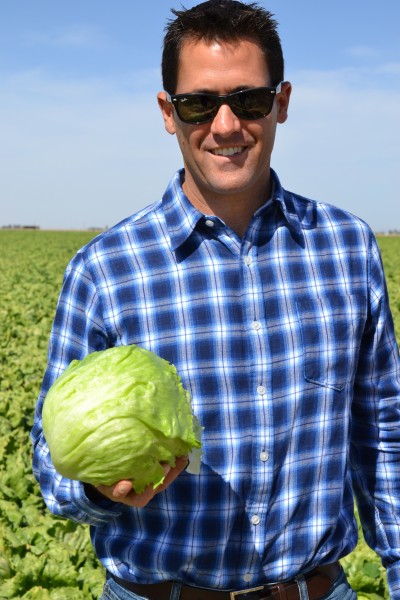 J.P. LaBrucherie holds up a freshly picked and trimmed head of iceberg lettuce. 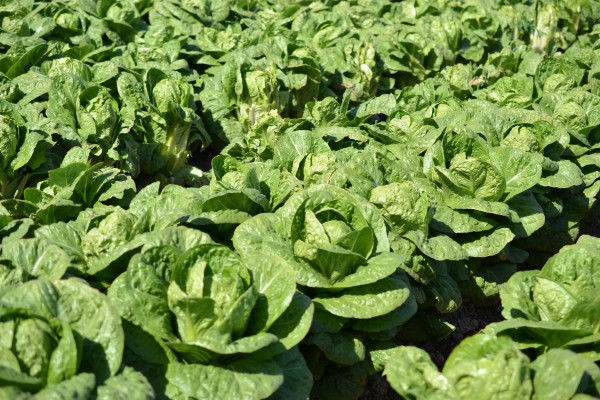 Rows of romaine lettuce look like flowers in a field.

Romaine lettuce is the farm’s second biggest crop after iceberg lettuce. According to LaBrucherie, romaine lettuce makes up a larger share of the market than it did 30 years ago compared to iceberg lettuce, but iceberg lettuce is still the dominant crop. Surprisingly, more of the vegetables go to food service and restaurants than to the grocery store for individual use. It’s all about demand, says LaBrucherie. “People don’t just buy a bunch of vegetables and go home with them,” he says, “But if you go to Subway, you get lettuce.” Note to self: Buy more lettuce.

In the face of California’s severe drought conditions – farmers in the San Joaquin Valley learned last week that the federal Central Valley Project will provide them no water this year – water efficiency is the top concern of farmers here. LaBrucherie says that sprinkler irrigation is best for his particular crops. “It’s not just about water saving; it’s in our own economic interest to be water efficient,” he says.

Curious about our tour and the “salad bowl” of America? You can read more about it in this news story from the Imperial Valley Press.

Coming up next: A visit to pepper and citrus farms in Coachella Valley