It’s true; we love our Dodgers, and we love our amazingly varied Dodger stadium food almost as much. We’ve already spent some time behind the scenes at Dodger Stadium to learn about Dodger restaurant partner Levy Restaurants’ special food selections. This year, we had a chance to preview some of the new menu offerings with Executive Chef Jason Tingley – and we can’t wait to share the juicy (!) details. 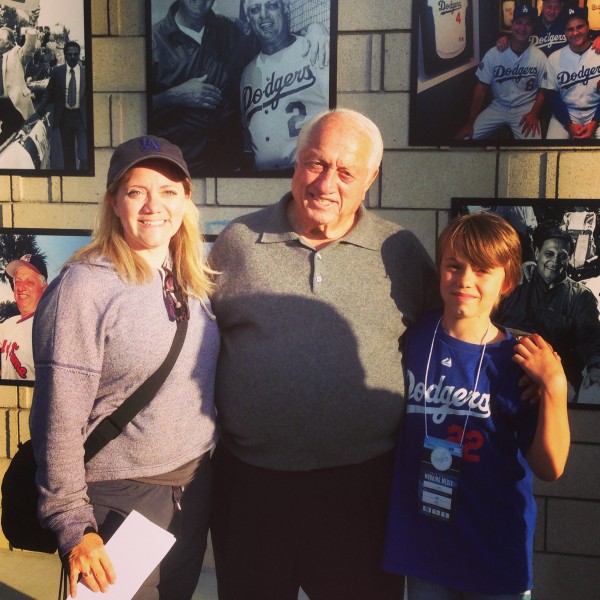 This year, the Dodgers opened up a new plaza area featuring Tommy Lasorda’s Pizzeria. (That stand offers Italian classics like pizza, meatballs, Italian sausage with peppers and onions, chicken parmigiana, and gelato.) At our visit, Tommy Lasorda himself gave us his personal endorsement of the new Dodger food. “”It better be good food if they’re going to put my name on it,” he said. Although he paused before adding the caveat that the meatballs were “almost” as good as his mother’s. 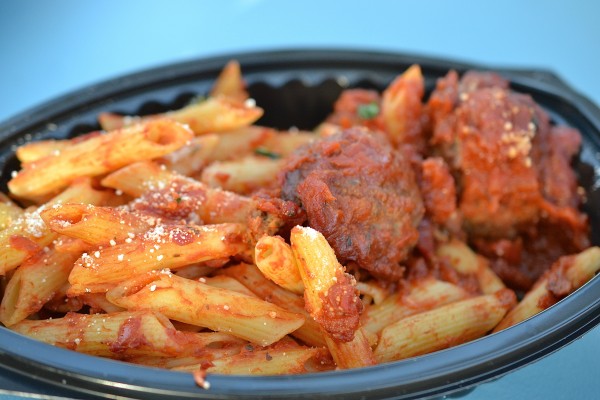 Also at the new plaza, Think Blue BBQ gives fans some new barbecue options. On our visit, we enjoyed a three amazing treats. First, the juicy BBQ beef brisket sandwich (with 12-hour smoked brisket). Second, an enormous Philly cheesesteak (made with provolone). And third, te most amazing grilled corn we’ve ever had, smothered in mayonnaise and spices. BBQ fans will also enjoy the enormous chargrilled turkey leg – which is pretty much the perfect hand-held game food, in our opinion. 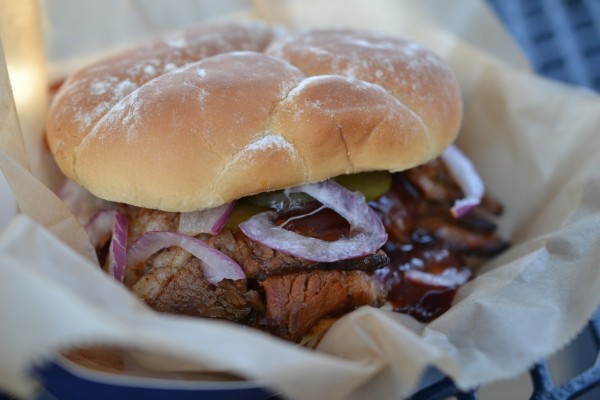 BBQ brisket sandwich, smoked to perfection for more than half a day. 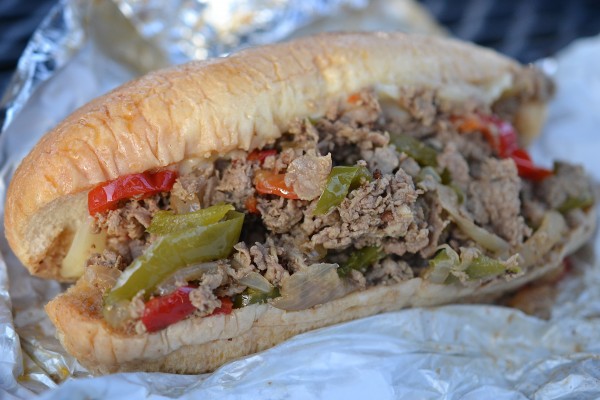 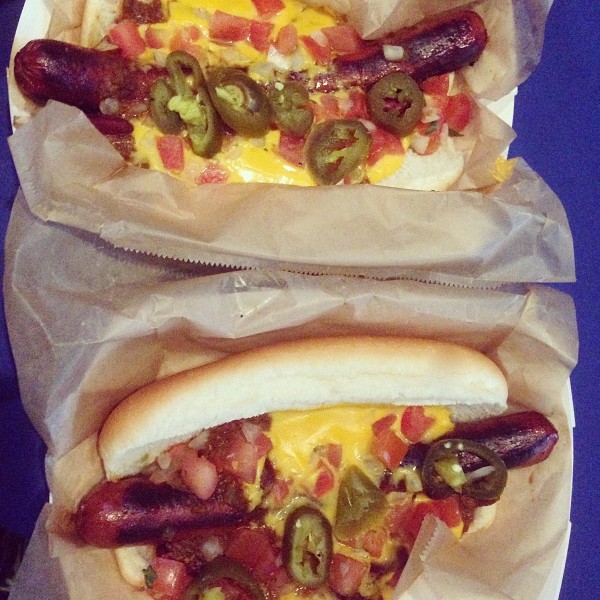 Two Doyer Dogs about to be devoured.

In case you’re not completely full yet…there’s more. Also new this year is a souvenir 64-ounce Dodger helmet filled with tortilla chips, refried beans, nacho cheese, carne asada, sour cream, and pico de gallo. Our 10-year-old took one look at this giant helmet and quipped, “And they want me to put that on my head?!?” 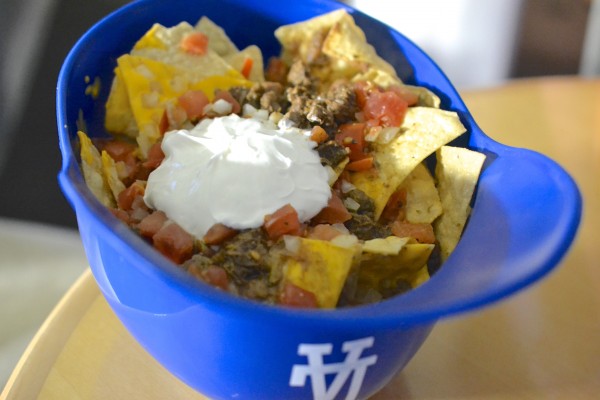 Last but not least, if you still have just the teeniest little bit of room for dessert, there are plenty of sweet treats all over the stadium. If you’re lucky enough to be on the suite level, you’ll probably see the dessert cart loaded with every imaginable sweet treat. Our hands-down favorite was the chef’s special Lemonade Cake, which is the perfect way to end a long food-filled game. It’s light and airy, with just the perfect sweet-tart flavor. 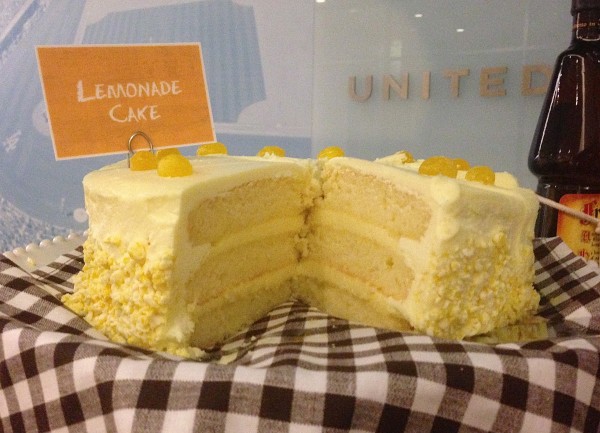 Of course, we don’t condone eating like this all of the time… And if you feel the need to get something just a little bit healthier, try the Marketplace for some light and fresh selections (fruit, anyone?). But for a special night at the ballpark, it’s nice to know you’re not strictly limited to burgers and dogs.

Thanks to the Dodgers and Chef Tingley for this fun behind-the-scenes tour. Now play ball!

5 Responses to Beyond Dodger Dogs with New Dodger Food