A visit to Tutti Frutti Farms is an eye-opener. For one thing, you learn that organic farming, like nature itself, it can be full of surprises. Your fruits and vegetables may grow in all sorts of shapes, sizes, colors, and quantities.

That’s why it helps to have a close working relationship with your buyers – like the relationship that Tutti Frutti has with the Vons/Safeway grocery chain. In that partnership, the emphasis is on communication, collaboration, and flexibility.

We recently had a chance to visit Tutti Frutti and talk with Vons/Safeway executives about the collaborative process and it was a fascinating insight into the farm-to-plate process. 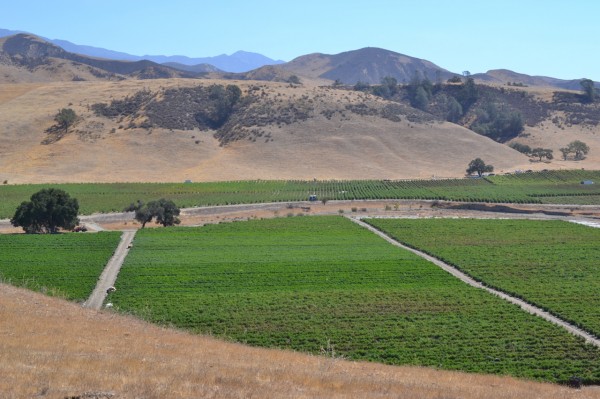 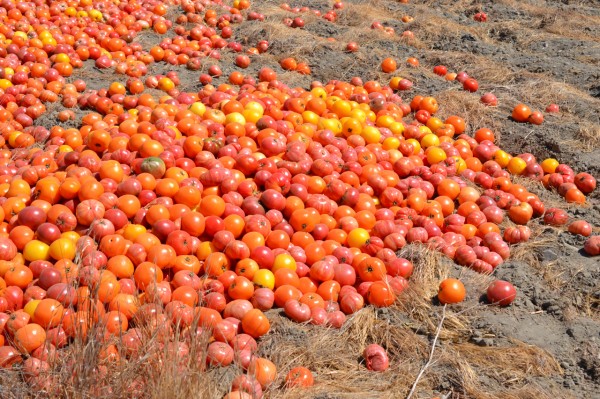 Tutti Frutti is especially known for its organic heirloom tomatoes. These tomatoes boast a variety of colors ranging from the purplish-red Purple Cherokee to the brilliant gold of the Persimmon and Golden Jubilee varieties. (Heirloom tomatoes are defined as plants with 150 generations of seed, so in other words, no new breeds.) 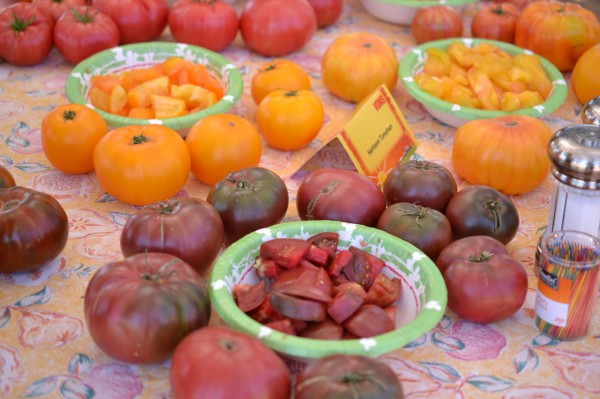 While they don’t have many bug enemies, the tomatoes are susceptible to mildew and other environmental variables. Although the farm generally produces between 1,000 and 2,000 10-pound boxes per acre per season, some seasons can get up in to the range of 3,000 boxes. But Tutti Frutti is fortunate to have the kind of relationship with Vons/Safeway that they can adjust their projections and fill larger or smaller orders as needed. “There’s always a point in the season when you say, “Forget everything I told you; there’s going to be twice as much,” says Cadwell.

One other facet of organic farming is the ability and flexibility to grow non-mainstream varieties of fruits and vegetables. Take Tutti Frutti Farms’ purple pepper – also known as the tequila pepper. This pepper is the kind of thing that might give customers (and kids) pause at the grocery store (“What is that!?”). But surprisingly, they are among the most mild of the peppers and have a crisp white flesh inside the purple skin. 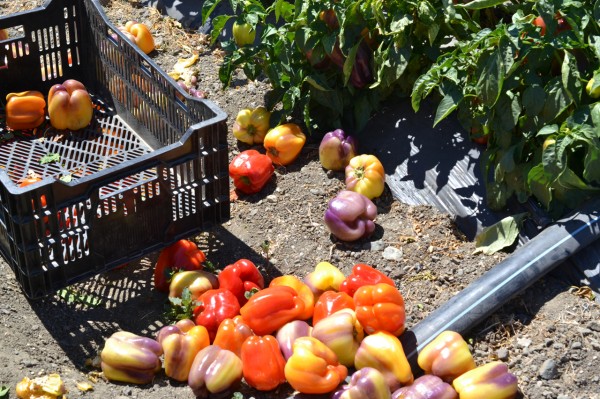 Some varieties never really catch on. Here is Cadwell, holding up a white eggplant variety he named “Clara” after his daughter. For various reasons, these white eggplants didn’t get traction in the marketplace…but who knows? Maybe in five years they’ll be all the rage. 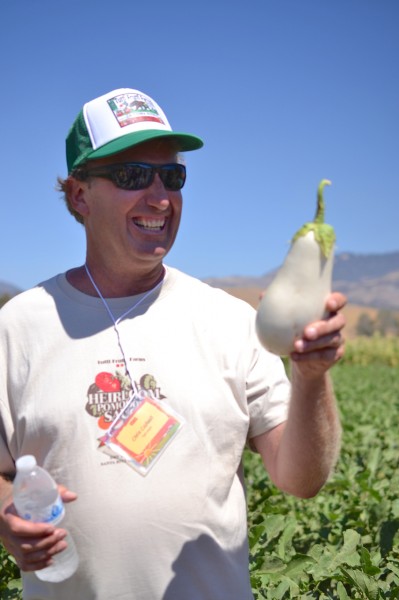 In the early fall, one classic and timeless crop is the brilliant orange sugar pie pumpkin. These perfectly round plump pumpkins are also high in sugar, which makes them good for cooking. Cadwell notes that the Safeway company buys the product within strict specifications. Sometimes if the pumpkins are generally larger or smaller than expected they need to adjust the order. (For example, shifting from the 5 to 7 pound range to the 3 to 5 pound range). 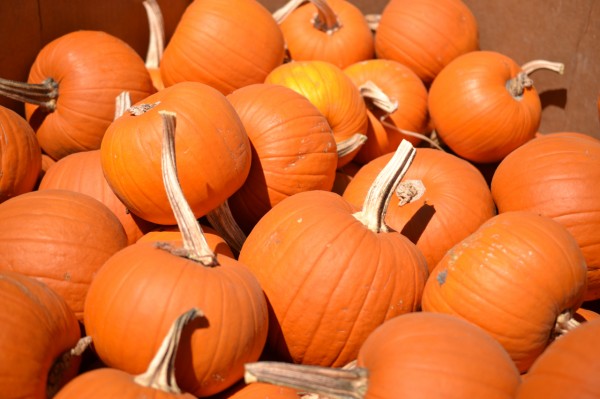 So what happens once all of these beauties are picked? It’s on to the supermarket. Just about 40 miles down the road, at a Vons in Goleta, CA, Tutti Frutti’s products are the star of the show. A massive display of the winter squashes is accompanied by a large banner showcasing Tutti Frutti Farms as a Vons partner. Vons has a long-standing commitment to partner with local farms. In Southern California alone, Vons works with more than 130 farms. 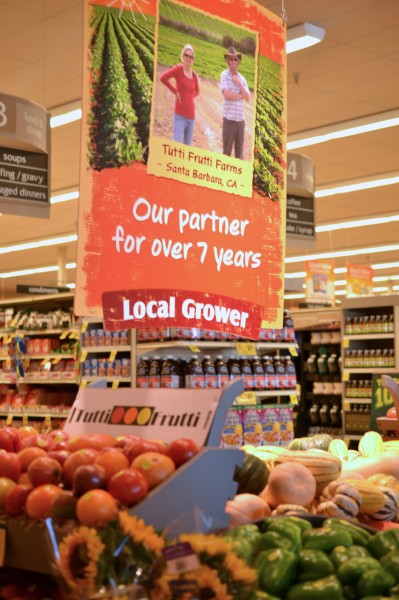 Scott Bradley, the VP of produce for Safeway (the parent company of Vons) says that organic produce is rapidly gaining a growing share of their store’s produce offerings. He notes that 10 or 15 years ago, the percentage of organic produce in the aisles was in the single digits. Now it’s 10 percent and continuing to grow each year. He also notes that the price difference is coming down. “We try to maintain a very tight window in cost difference between organic and conventional products,” he says. 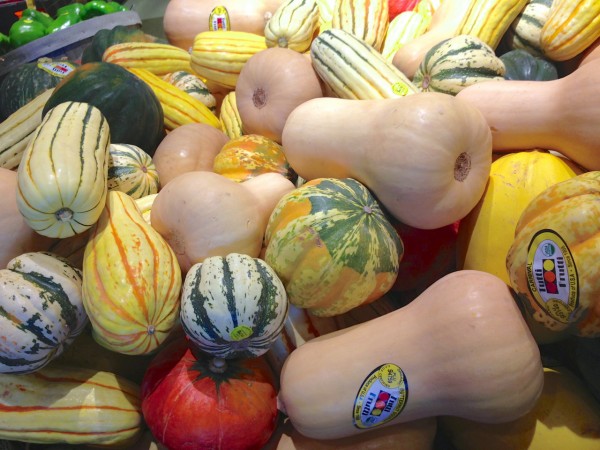 The display at Vons features a wide range of squashes, from butternut to buttercup squash, all from Tutti Frutti. In fact, this bin offers a great representation of the wide variety of organic fruits and vegetables that local farms bring to Vons.

Blogger disclosure: Vons sponsored me for a trip to Tutti Frutti Farms; I did not receive compensation for this post. All opinions expressed are my own.