Have you ever had a hot and fresh tortilla off the grill? If you don’t already use tortillas in your summer barbecues, now’s the time to start. 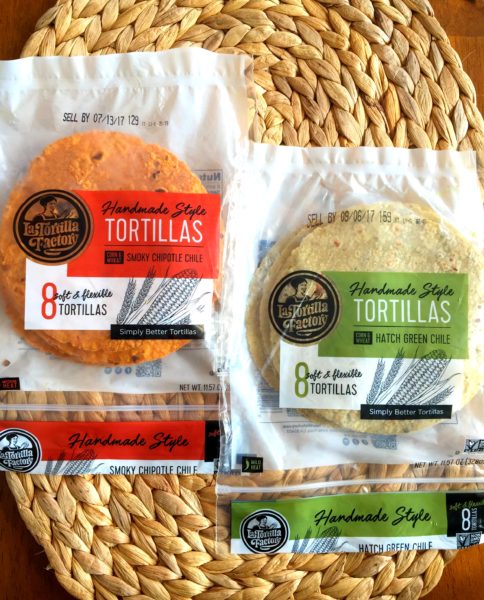 We got on a recent tortilla kick after talking with Sam Tamayo. Tamayo is the CIO and a third-generation member of the founding family behind La Tortilla Factory, a Mexican food favorite. The company made its name with the world’s first fat-free flour tortillas and first low carb/low fat tortillas. La Tortilla Factory also had an organic version way before organic was cool. Plus, they swear off (in their words) “bad stuff like dough conditioners, and mono and dyglicer-whats??” The company is celebrating its 40th anniversary this August, so we thought that this was a great time to feature their tasty handmade-style tortillas.

Tamayo was happy to give us some tips on grilling tortillas. First things first: Corn or flour? “Picking between corn or flour tortillas is just a matter of preference,” says Tamayo. “Either one will grill nicely, just  be careful not to let them overcook or they’ll get dry.” 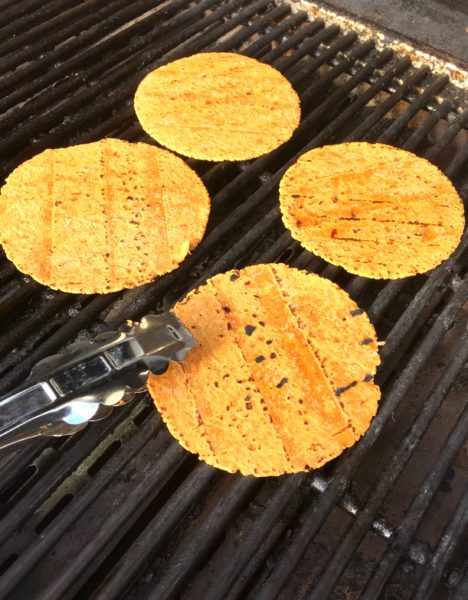 Tamayo adds that he prefers to make tortillas on an open grill so he can keep an eye on them. (Remember that they cook quickly.) “On a hot grill, heat the tortilla for about 20 to 30 seconds on each side, flipping often. Heating a tortilla always draws out its natural aromas,” he says. (And of course, grill everything else first before you grill your tortillas. You’ll want to serve them immediately when they’re warm and fresh.) 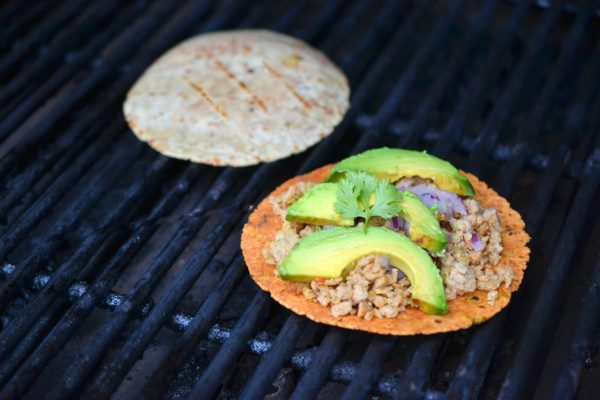 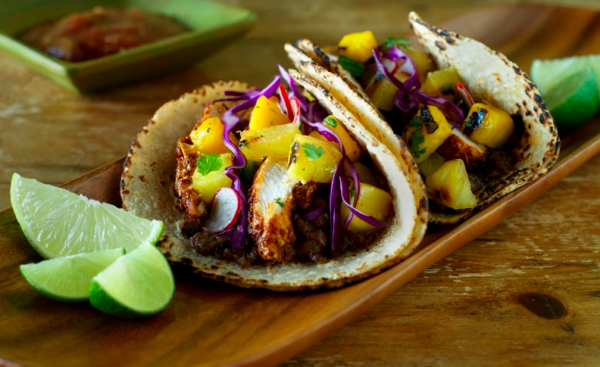 He also shared one of his favorite recent taco adventures. “This summer I really started to get creative with my outdoor cooking. I bought a rotisserie attachment for my grill and slow roasted al pastor (pork) with big chunks of pineapple on it. When everything was ready to eat, I sliced the al pastor and pineapple straight from the spit directly on to warm tortillas. It was really fun to do and of course tasted absolutely delicious” 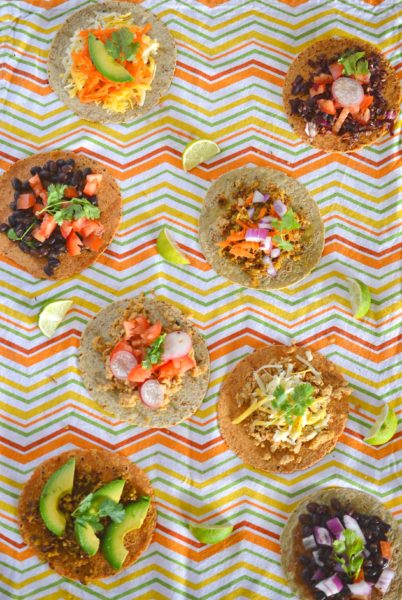 Even if you don’t have a rotisserie attachment, you can make some super-tasty combinations. In fact, our favorite way to make tacos is to create a giant toppings bar and then let people make their own unique creations.

Also, if you’re eating gluten-free or wheat-free, that’s no problem. La Tortilla Factory has a tortilla for nearly every health need, including a gluten-free, wheat-free wrap made from ivory teff, an ancient grain that has a very subtle nutty flavor. 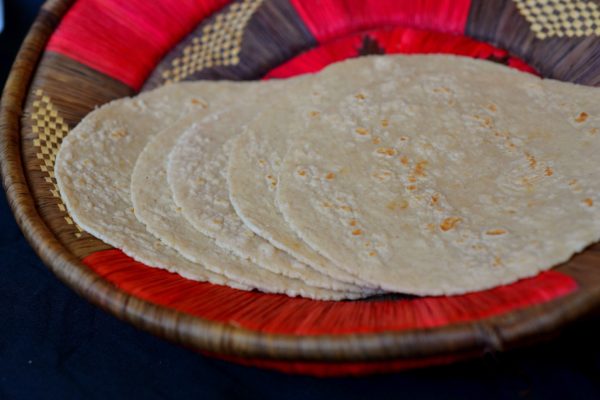 You can find La Tortilla Factory tortillas at most major retailers. Keep looking if you don’t see them immediately; they may be in the bakery or ethnic (or gluten-free) aisles. And once you add tortillas to your summer grilling routine, we guarantee you’ll never have another ho-hum meal off the grill.

Blogger disclosure: La Tortilla Factory sent me tortillas for review. I did not receive compensation for this post. All opinions expressed are my own.