It’s mid/late summer, which can mean only one thing – It’s movie-themed watermelon carving time! Watermelons are plentiful and usually inexpensive this time of year, so you’ve got plenty of material to work with. Where will you get your watermelon carving inspiration? From your favorite animal? From a funny character? Will you take on something ornate and artistic? The sky’s the limit! 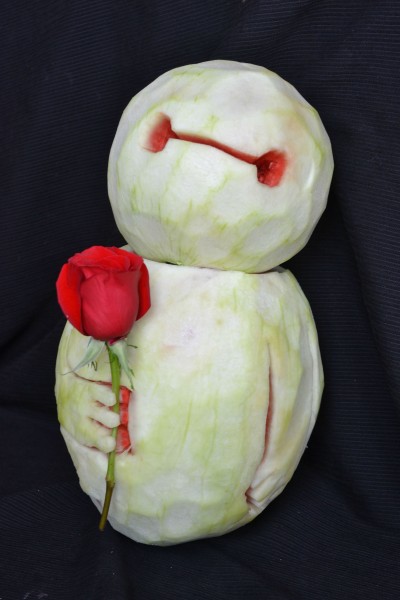 This year’s movie-themed watermelon carving creation is a BayMelon (WaterMax?) carving from the movie Big Hero 6. This lovable guy is pretty easy to create – it’s just a little time-consuming because you have to patiently carve off the whole green layer. 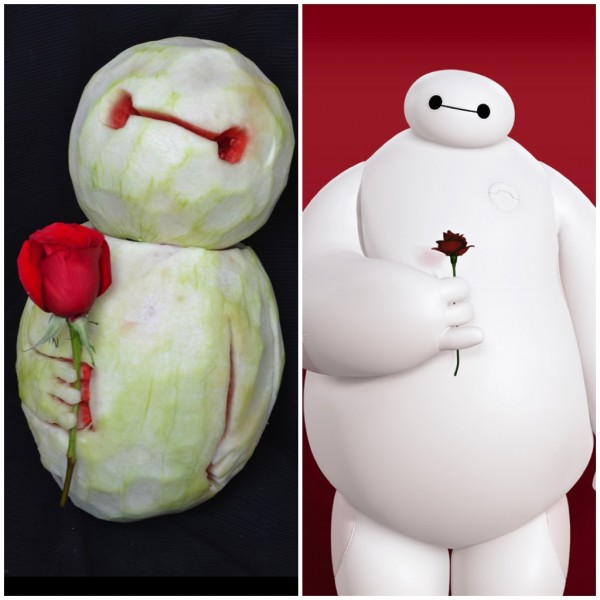 To make this carving, we used one big and one small watermelon and carved off the green layers of both. Then we carved a bowl-shaped indentation in top of the large watermelon so that the small one could rest there comfortably (give credit to our youngest kid for this idea.) To get the rose in his hand, we first cut out the outline of fingers. Then we made a small cut separating the white layer from the red layer so that we could slide the rose under his white “fingers” and he could grip it.

Like it? Let us know if you have a favorite film you’ve used for your movie-themed watermelon carving!