These spaghetti squash latkes are a tasty way to serve up one of our favorite squashes.

Wait – spaghetti squash latkes? That’s right. Of course the most popular way to serve this popular vegetable (fruit?) is to use it as a pasta substitute. But we’ve never been super-crazy about food that only feels legitimate when it’s pretending to be something else. Be proud of who you are, spaghetti squash. Be a squash if that’s what you are! 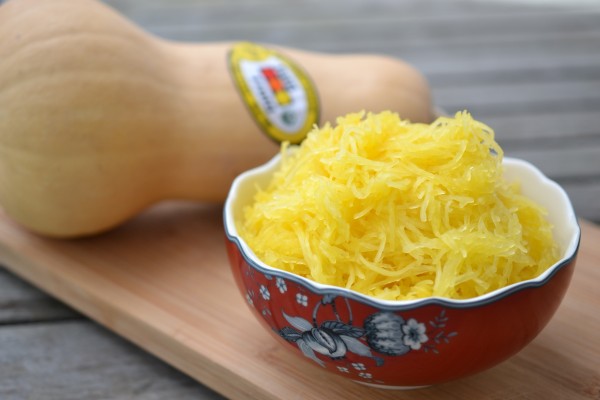 Anyway, when we saw this beautiful yellow organic spaghetti squash on our tour of Tutti Frutti Farms (you can find it at most grocery stores) we knew that it was a must-have item. When it’s cooked, it has this brilliant yellow color that is just too perfect to resist. So we decided to think outside the bowl of spaghetti, so to speak, and instead we made it into savory latke-style pancakes. Our kids call them “dinner pancakes.” Check it out: 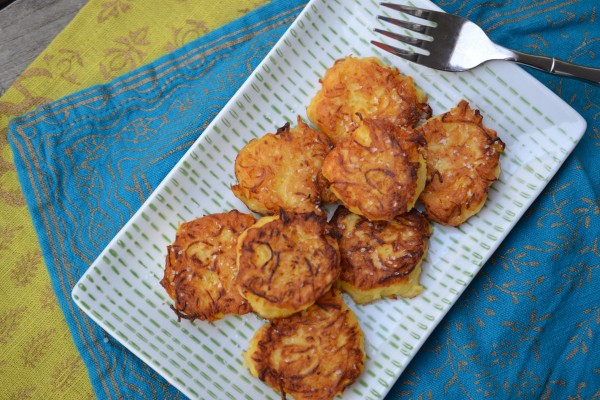 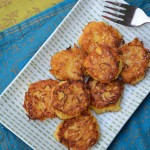 You can serve these spaghetti squash latkes as a side dish, or you can jazz them up to make them a main course. For example, some of our family members like them with sour cream on top. 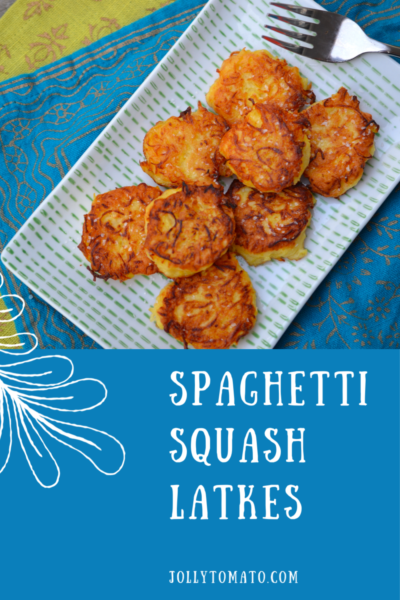