Fair warning: You are never going to complain about a boring salad again, after you try this Sheet Pan Panzanella Salad. (Sheet pan salad?!?!) Yes, we’ve made this classic summer salad on a sheet pan to capture the amazing roasted vegetable flavors with crunchy croutons. You can serve it warm or at room temperature. And best of all, it’s ready in no time. 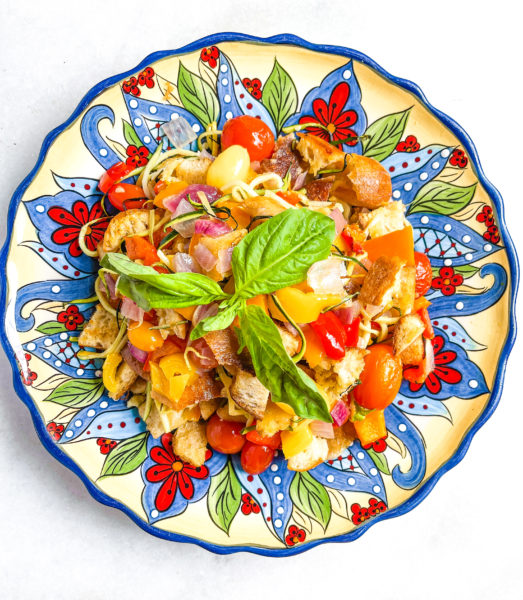 We came up with the idea for this salad one day after we had an abundance of spiralized zucchini. We had posted a picture of our Roasted Zucchini with Feta and Tomatoes on Instagram and got lots of comments about it afterwards. What else can you do with spiralized zucchini?

Well, here’s what you can do: Turn it into a riff on summertime panzanella salad. (As a refresher, panzanella salad is an Italian bread salad, made with summer vegetables and day-old bread.) 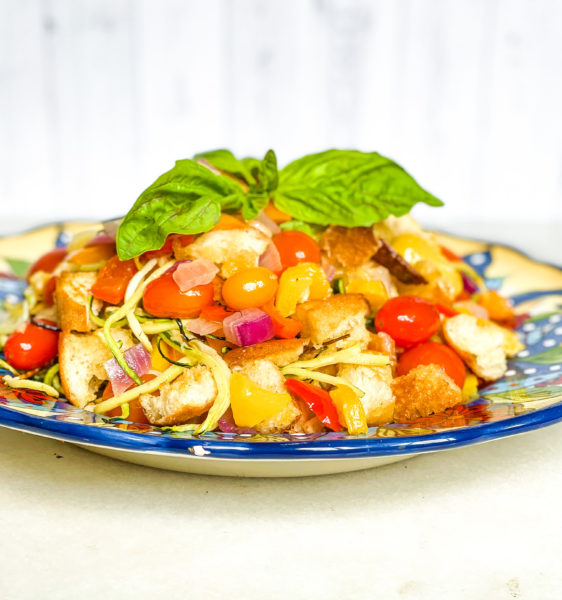 For this version, you’re going to toss it with olive oil, tomatoes, peppers, onion, and chunks of day-old bread and roast it all together for a giant sheet-pan salad. (Olives are also yummy in this recipe but optional.) 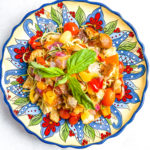 A salad made from roasted vegetables and day-old bread made on a sheet pan: a twist on a traditional Italian panzanella bread salad.

So – first things first: Spiralized zucchini. Where do you get it? We’ve seen some stores selling spiralized zucchini (and one of the farmers at our farmers’ market does) so you can probably buy it that way. If you are going to spiralize your own, you can choose anything from a simple plastic spiralizer to a fancy attachment that affixes to your countertop mixer. Either way, you should wind up with long noodle-like strands of zucchini. 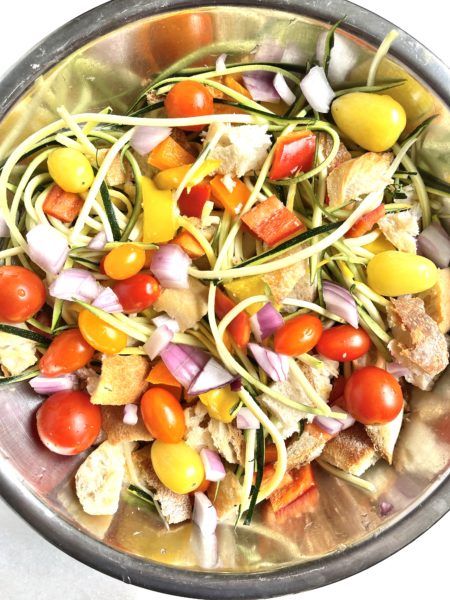 Tossing all of the ingredients together before roasting

Second, the bread: Don’t use store-bought white bread, wheat bread, or hamburger or hot dog buns. The bread has to be strong enough to be tossed around with heavy vegetables and olive oil. For this recipe that means you’ll need a bread with some heft, like a French bread, ciabatta, or a baguette. 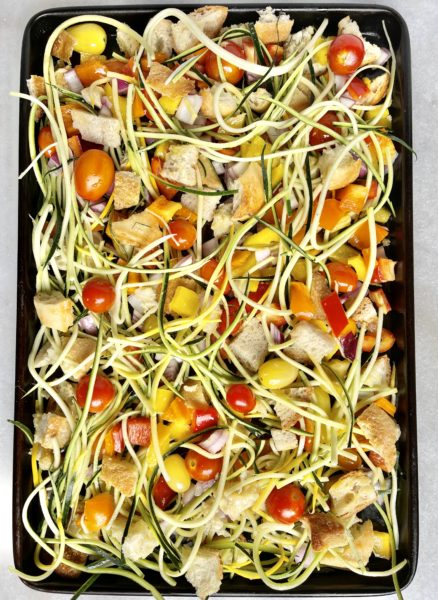 Third, the tomatoes: We have definitely made panzanella with chopped fresh tomatoes before. However, for this recipe we like using cherry tomatoes because they stay intact and it’s not quite as messy during the roasting process. 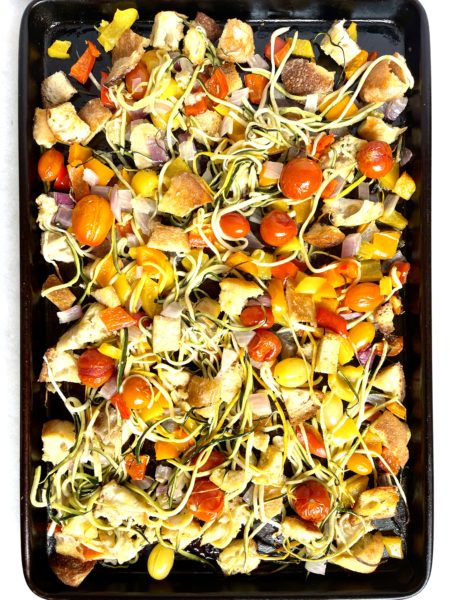 And last, the pan: We’ve had plenty of success making this in our favorite sheet pan without too much mess. However, if you want super-easy cleanup, place a layer of parchment paper on the pan before you add the vegetable-bread mixture. 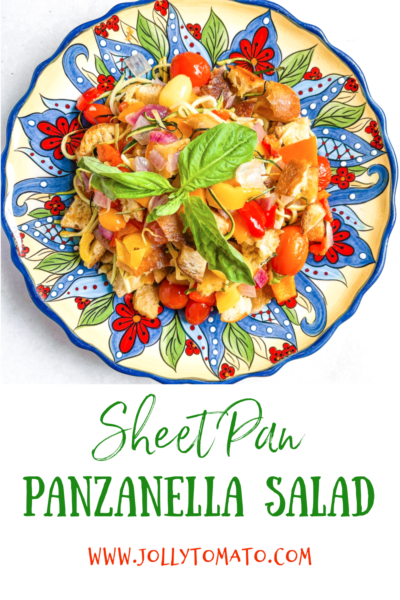 Make this Italian panzanella salad with fresh vegetables and crusty bread in a sheet pan.

Blogger disclosure: This post contains links to our Amazon affiliate account. If you order items through these links, Jolly Tomato will earn a small commission at no expense to you. Thank you for your support of Jolly Tomato.