What’s our favorite recipe for using potato flakes? Why Swedish Potato Casserole, of course! This is our favorite savory, creamy potato casserole of all time. And for some reason it’s SO much better if you make it with potato flakes than with actual potatoes. So let’s take it back a step and look at potato flakes. 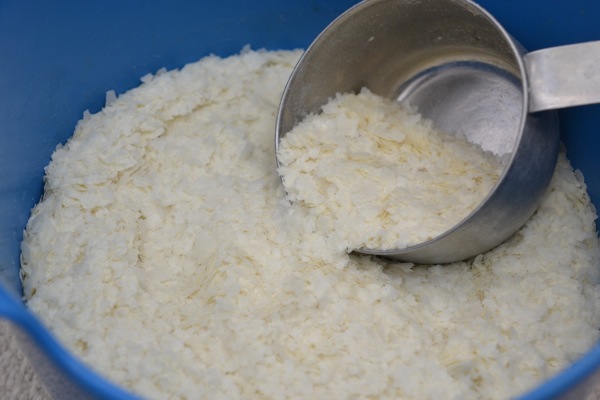 The Making of Potato Flakes

When we visited Idaho potato country for the potato harvest, one of the most fascinating stops was the Idahoan dehydration plant, where we watched the making of potato flakes.

First the machines peeled, cooked, and mashed the potatoes. Then they rolled out the potatoes, after which massive dryers turned them into paper-thin sheets. These sheets then got shredded into tiny pieces that become potato flakes.

Aren’t potato flakes pretty retro? True, they were a pantry staple 40 or 50 years ago when fresh food was harder to come by on a regular basis and long-term storage was important. But nowadays, home cooks often prefer to choose fresh potatoes or prepared potato products. Most of the people we’ve talked with since our trip to Idaho either 1) don’t keep them in their pantry; and/or 2) have never cooked with them before.

In the Jolly Tomato house, we don’t use potato flakes often, but there is one recipe that we’ve been eating since we were kids that absolutely requires them. (For some reason it just doesn’t taste the same with regular mashed potatoes). That recipe is Swedish Potato Casserole, a recipe of unknown origin that Jolly Tomato’s mom got from a friend who got it from a friend, and so on, back in the 1970s. We’ve since changed up the recipe a bit (fresh spinach instead of frozen, butter instead of margarine), but we’ve kept the potato flakes as they give this casserole the best texture and taste combination. It’s the perfect combination of creamy and savory – and we can always count on the kids to lick their plates clean. 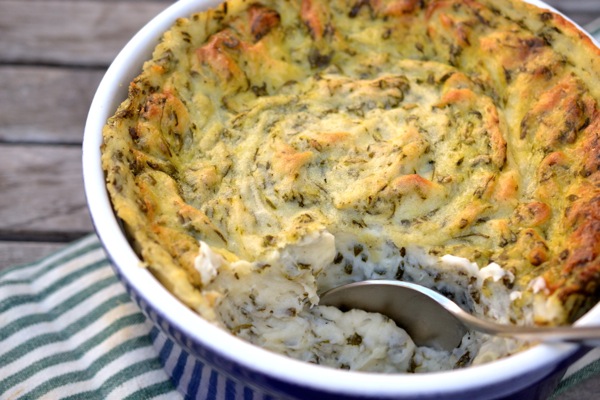 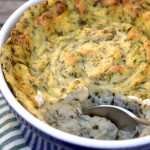 This dish is best served piping hot. It makes a hearty winter side dish, and it also tastes great as a leftover (heated up, of course). Let us know if you try it. Who knows; maybe we’ll see a resurgence in the popularity of potato flakes?

P.S. If you’re looking for another super-creative potato recipe, try our “Hatched” Potatoes with Hatch Chiles.