Let’s start by declaring 2018 the Year of the Torta. (That’s right – the torta – a Mexican-style sandwich served on a special soft roll.) One ongoing trend that we love in Dodger Stadium food is an increasing number of menu items that reflect the cultural history of Los Angeles. This year’s special menu items include two tortas that will satisfy just about everyone – a carne asada (grilled steak) torta, and a nopales (cactus) torta.

“I’ve been wanting to do tortas since I came here,” said Dodgers Executive Chef Ryan Evans. “Here in L.A., with all of the great Mexican bakeries, I knew we could do a great torta.”

These sandwiches are made with authentic La Princesa Bakery bread, baked fresh just a few miles away from the stadium, and topped with refried beans, jalapeños, cilantro, pickled onions, and fresh crema. The tortas will be available at at LA On Deck Circle – Field level, aisle 48; Loge level, aisle 133; and Reserve level, aisle 4. 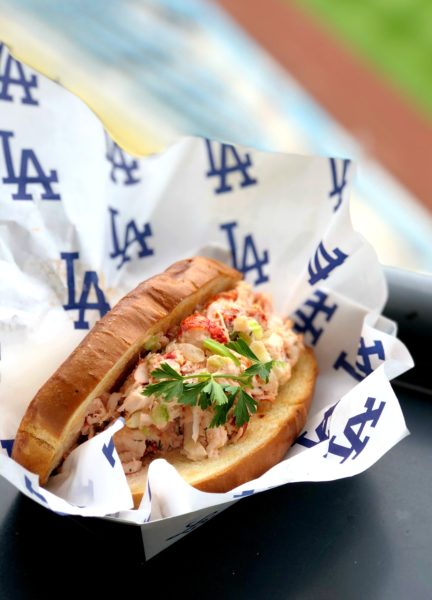 There are also quite a few other new sandwiches to please even the pickiest eater: 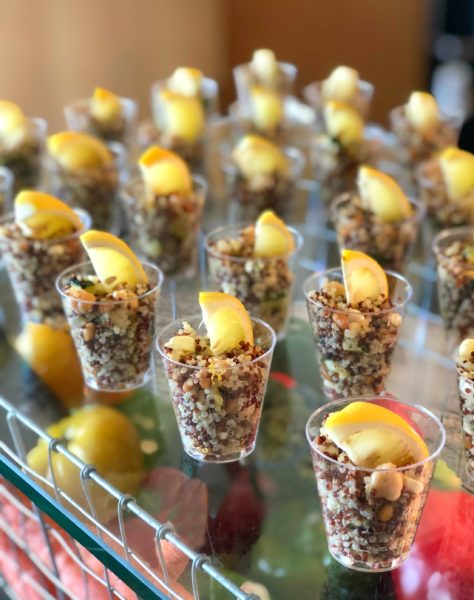 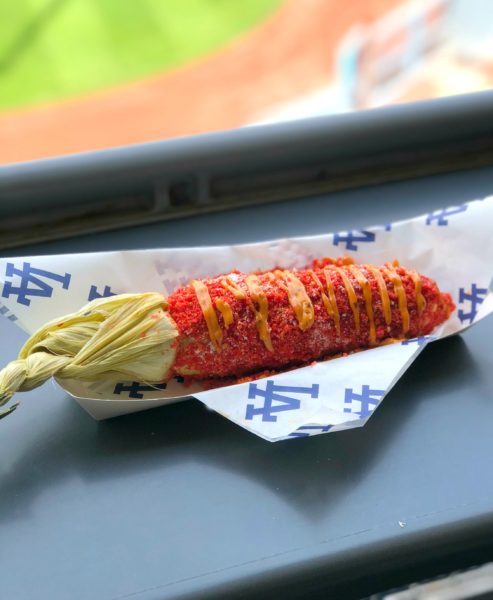 There’s also the famous Cheet-O-Lote, which was a menu addition during last year’s postseason, and is now returning as a fan favorite. It’s an ear of roasted sweet corn, rubbed with chipotle lime mayo and dusted with cotija cheese and  (no joke) Flamin’ Hot Cheetos. 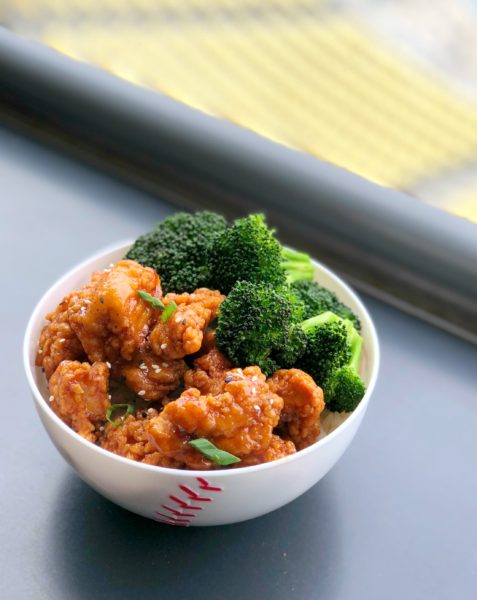 Another trend that the Dodgers kitchen discovered was that people seem to be eating less pork. So last year’s Kalua Pork Bowl – although delicious – was replaced with the soon-to-be new favorite Orange Chicken, which comes with rice and a healthy serving of broccoli in a souvenir baseball bowl (available at Basebowls – Field level, aisle 45). 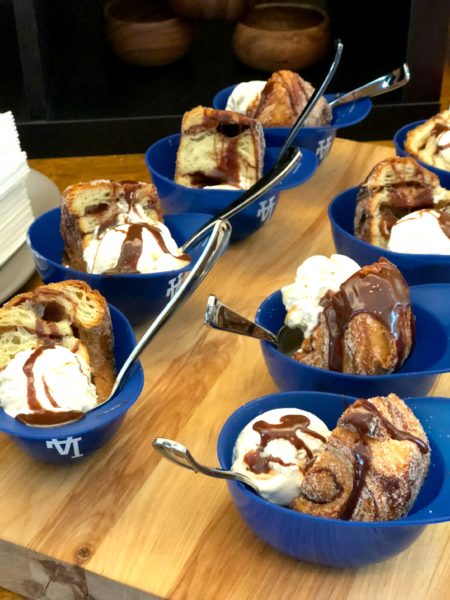 And last but not least, there’s always something new and decadent for dessert. This year it’s another nod to Los Angeles’ regional specialties: Churro Cake with Horchata Ice Cream. It’s a swoon-worthy mix of cinnamon, cream, and caramel, all served up in a souvenir Dodgers cap.

“We live in one of the most culturally diverse cities in the West,” said Chef Evans, who says that he wants to capture those different local flavors whenever possible. “Everything is available, even within a ten-mile radius of the stadium,” he added.

Evans noted that he gets lots of fan feedback on Dodger Stadium food throughout the season, and the kitchen is always open to suggestions. “We can do anything, we really can. Crazy or normal – people will eat it. If it looks cool, people will eat it.”

Crazy or cool – we’re looking forward to a great season of food and baseball this year. Go Dodgers!

P.S. Dodger Stadium is known for its generous giveaways and this year does not disappoint. For all you chefs, or wannabe chefs, don’t miss the May 28 for a special barbecue apron giveaway.

Blogger disclosure: I had a chance to sample complimentary Dodger menu items at Dodger Stadium. I did not receive compensation for this post. All opinions expressed are my own.