When you want a savory, filling dinner without a lot of fuss, this Hearty Spinach Pie is here for you. It will feed two to four people with a minimum of effort and a lot of deliciousness. 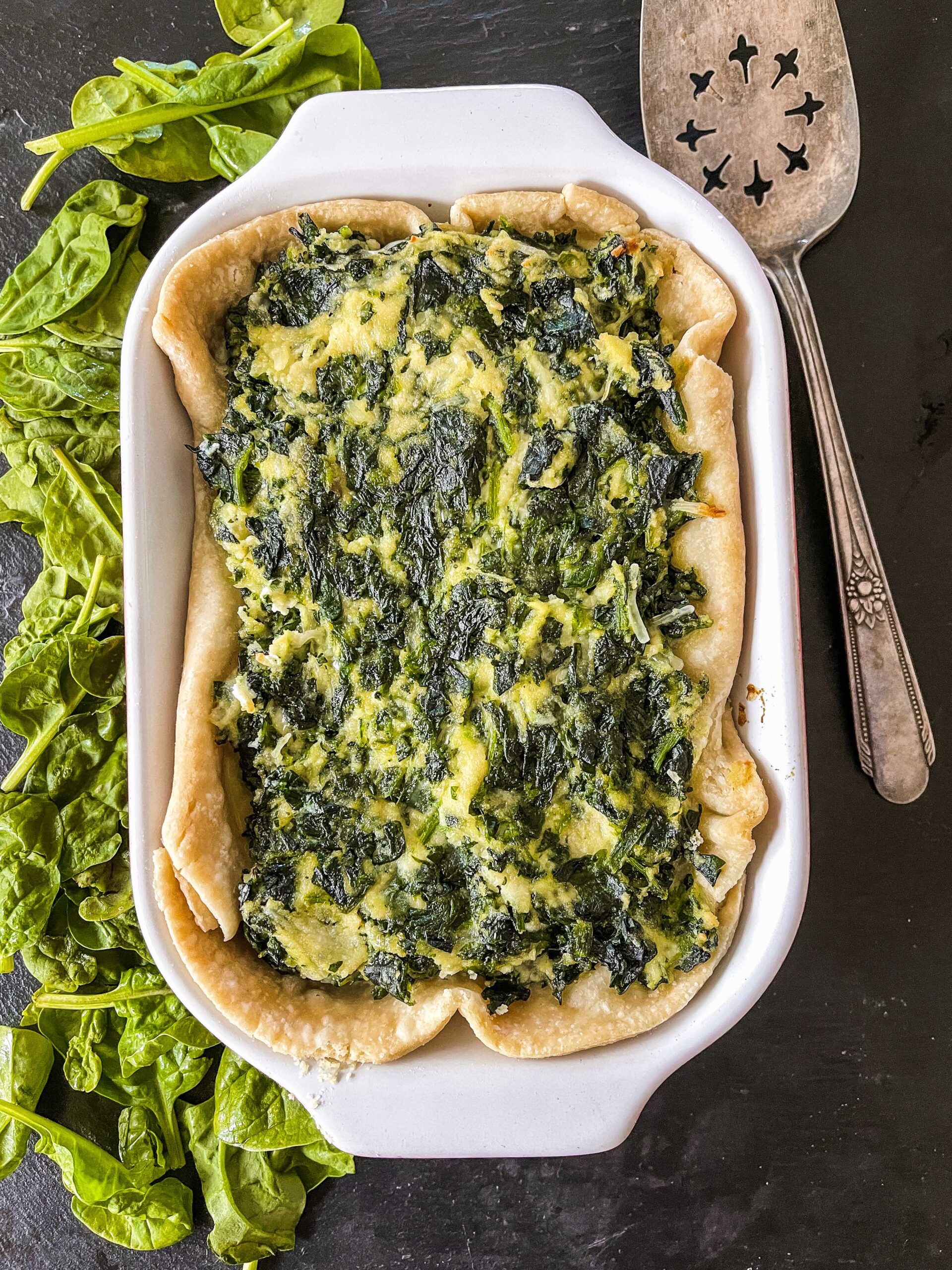 This recipe is the third of three in our series of recipes using Wick’s Pies 9″ pie dough circles. (The first was Tex-Mex Breakfast Turnovers and the second was a Rustic Fruit Tart.) While we’ve covered breakfast and dessert, this one has you covered for dinner.

What’s in a Spinach Pie?

That’s a question that seems like it ought to answer itself, but there’s more to it. This is a very dense pie, chock-full of spinach, ricotta cheese, and eggs. And while it does have eggs in it, it’s different from a quiche. A quiche has eggs as the dominant flavor whereas this pie is all about the spinach. (Spinach lovers, unite!) 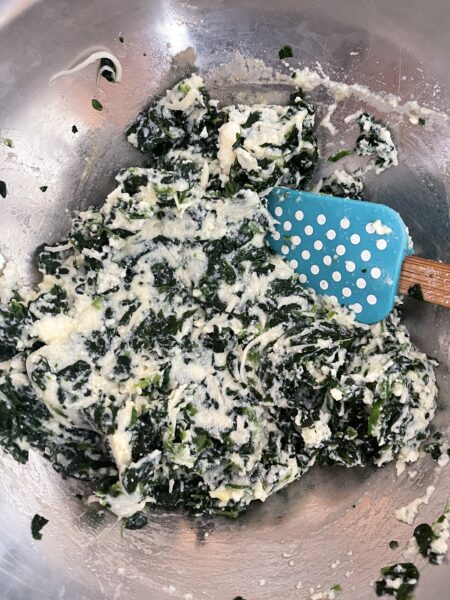 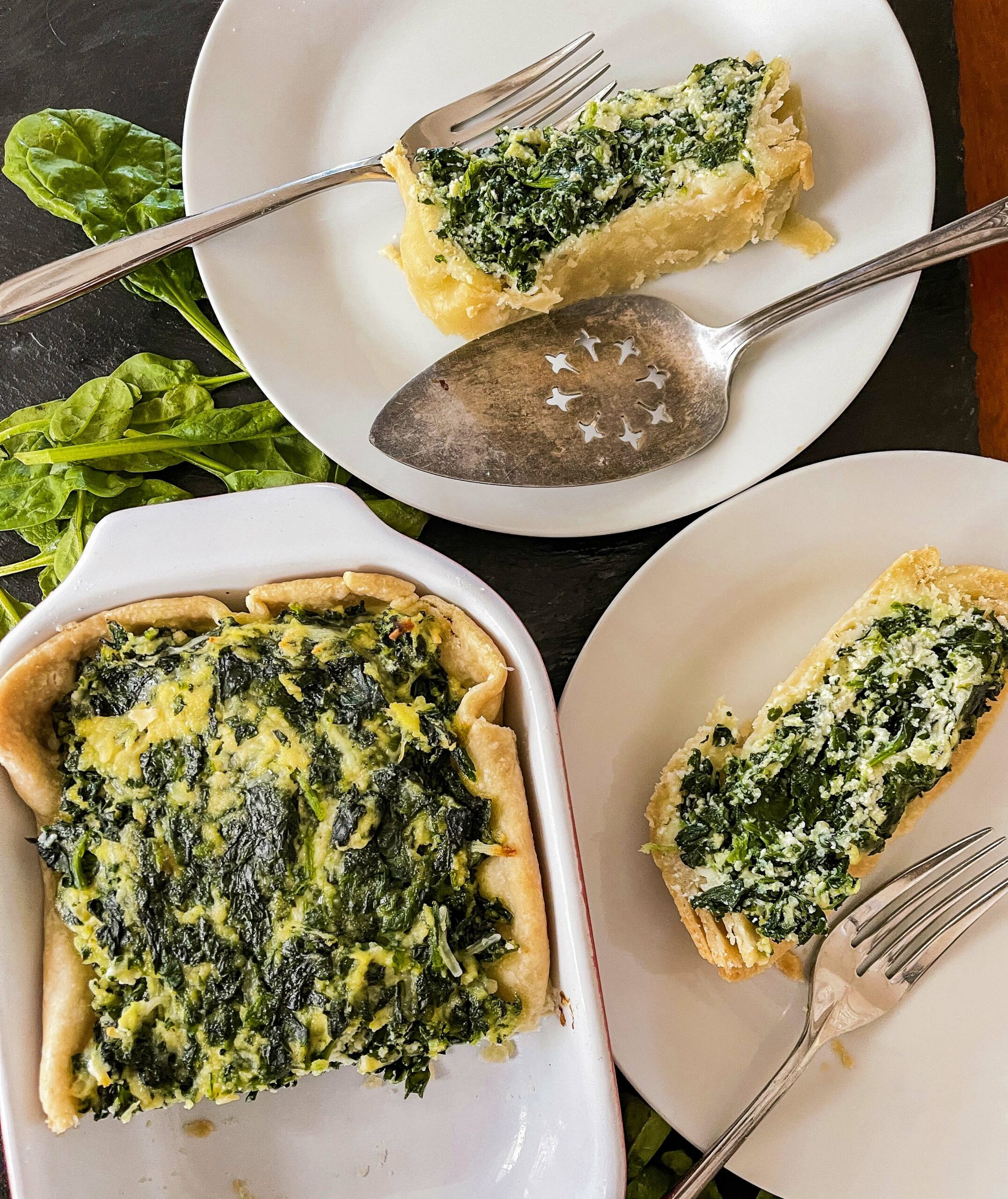 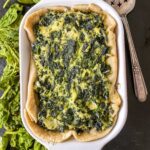 A savory and filling dinner pie, made with Wick's Pies pie dough and a spinach-ricotta filling.

We’ve used Wick’s Pies pie dough circles in three recipes now, and we give them a big thumbs up. This pie dough bakes up very nicely, and it has just the right amount of flakiness.

The pie dough circles are packaged flat and separated with waxed paper. This makes it super-easy to pull just one out of the freezer. And since they are flat, they defrost quickly (unlike those rolled-up pie doughs). 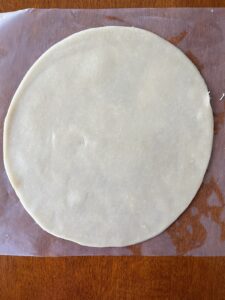 But even when they defrost, they still hold together well. This allows us to do crazy things with them, like, for instance shape them into a rectangular pan. (It works! And it has a nice rustic look.) 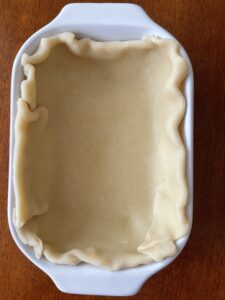 If you’re curious about Wick’s Pies, we wrote a little more about how the company came about here.

Blogger disclosure: Wick’s Pies sent us pie dough circles to enter a blogger contest. We did not receive any compensation for this post. All opinions expressed are our own.