Back when we were kids, it seemed like there were just two choices of citrus fruit to eat: oranges or grapefruit. But now it seems like practically every other day there’s a new variety of citrus to try. What’s the difference? Which ones taste the best? And which ones your kids will actually eat? To answer this question, we ran a very unscientific citrus taste test with a bunch of kids we know.

To answer these questions, we decided to put 10 different varieties of citrus to the test. The produce came to us mainly by way of our friends at Melissa’s Produce, our primary source for the best of what’s new in the produce world. We also tossed in a wild card or two, like the pink grapefruit that we picked at a citrus grove earlier this year. 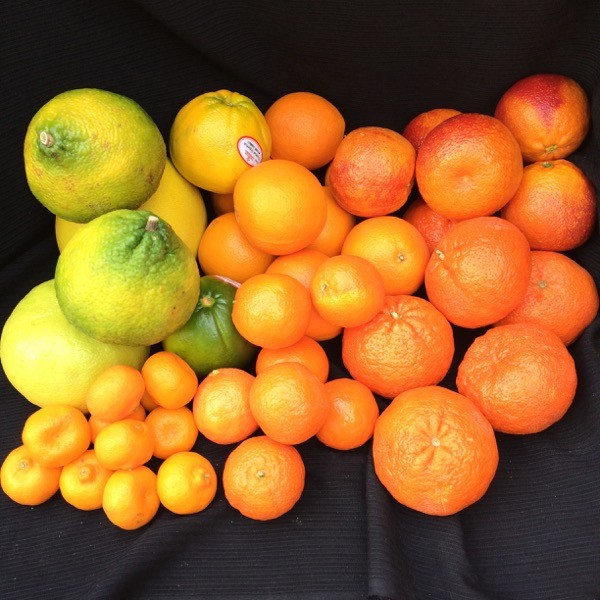 We cut up the fruit, set it out, and left out scratch cards and pens for comments. Then  we rounded up 12 hungry kids between the ages of 7 and 11 to try the fruits and give us feedback. And by golly, did we get feedback. 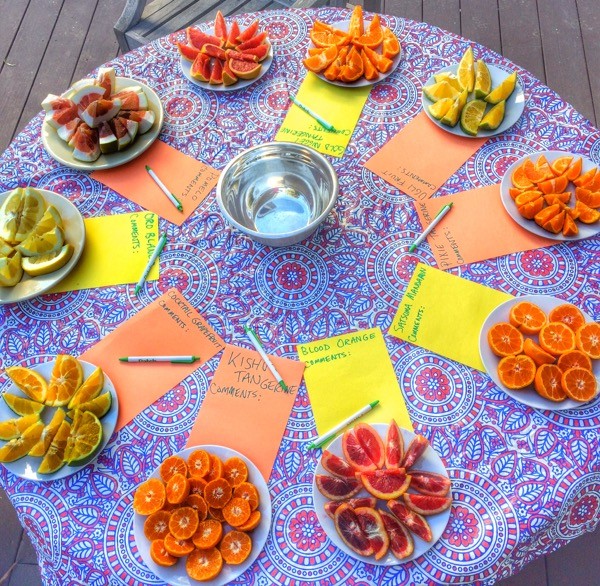 Here’s a sampling of comments we received: 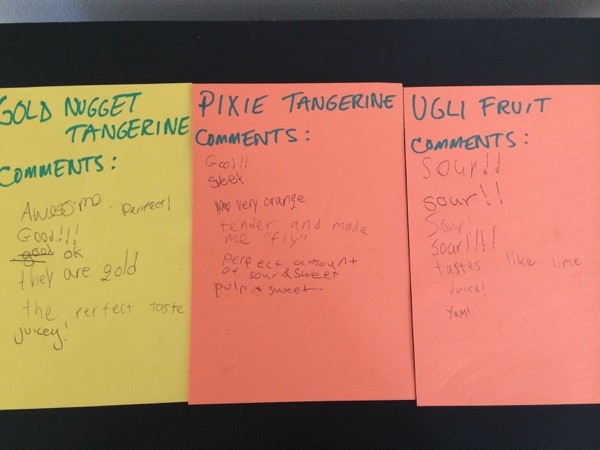 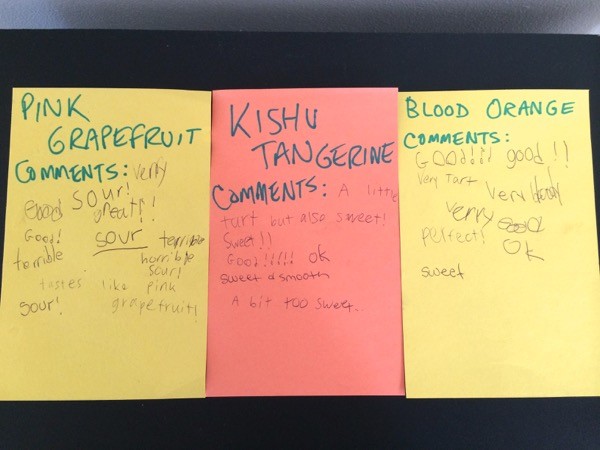 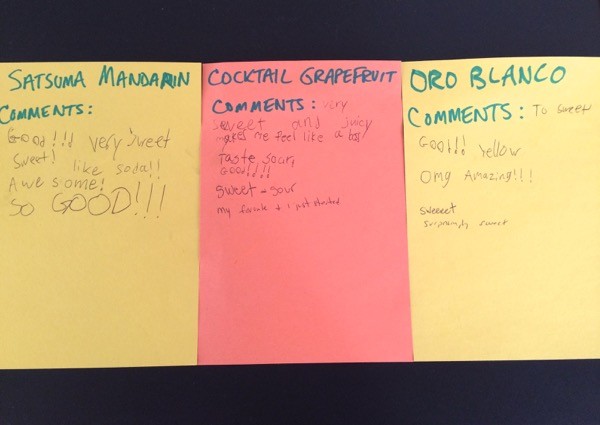 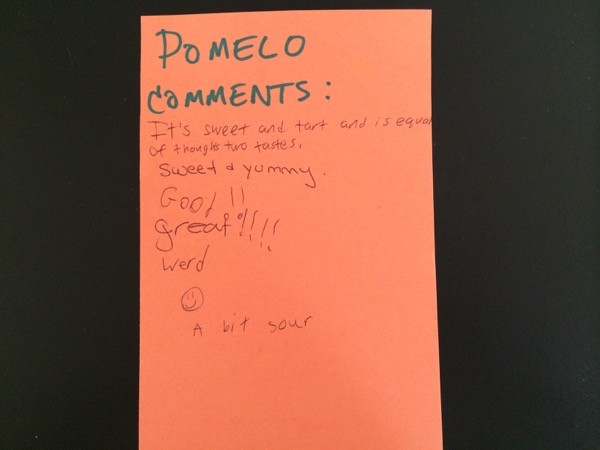 We also took notes on the additional comments the kids gave us verbally, and with that information, we pulled together some of the more interesting trends:

1.) Many of the fruits were new to the kids. We thought that since we’ve seen many of these fruits at the local farmers’ market, the kids might have tried many of them before. For example, we’ve been seeing a lot of blood oranges lately. But even though many of the kids had seen them and knew what they were, they hadn’t ever eaten one. (And, for the record, most of them liked it!)

2.) A name carries a lot of weight. We set out the uniq fruit but called it by its marketing name, Ugli Fruit. That poor fruit became the scapegoat of the taste test. Kids almost universally panned it for being too sour and/or tasting like lime juice. (In truth, it is actually a delicious fruit). Would kids have liked it better if we called it uniq fruit? Interestingly, the parents who tried the Ugli Fruit all had nearly identical reactions: “It tastes like a margarita!” The kids probably don’t have a reference point for that so they didn’t know what to think.

3.) Preconceived notions could be changed. Many kids assumed they wouldn’t like grapefruit, but one taste of the Oro Blanco changed their minds. “OMG! Amazing!” wrote one taster. Similarly, they were a little unsure about the idea of cocktail grapefruit (“Are you sure cocktail grapefruit is supposed to be for kids?” was one question we got) but the kids almost universally liked them, once they got past the seeds. If you can read the words on the cocktail grapefuit page up above, you can actually see my favorite comment of the day: “Makes me feel like a boss.”

4.) Sweetness is not always king. Our personal favorite is the teeny-tiny Kishu mandarin, which practically sings with sweetness. But surprisingly, some of the kids declared it a little too sweet. (How is that possible?)

5.) Even the picky eaters will try something if it’s for “research.”  ‘Nuff said.

At the end, the kids wanted to know which one was the “winner.” I told them it wouldn’t be fair to pick one winner; it would be like picking a favorite kid. But of all the newly discovered citruses of the day, the most popular seemed to be the Gold Nugget tangerines, the Ojai Pixie tangerines, the Satsuma tangerines, and the Oro Blanco grapefruit.

Want to try some of these for yourselves? You can find many of these citrus fruits at well-stocked produce sections of grocery stores like Bristol Farms or Gelson’s. If you don’t see what you’re looking for, ask your produce manager.

Now – help me answer the next big question on the kids’ minds: What should we taste-test next?