It’s always a fun movie night when the movie “Chef” is on. And what are you going to eat while you watch “Chef”? Cubano sandwiches, of course! 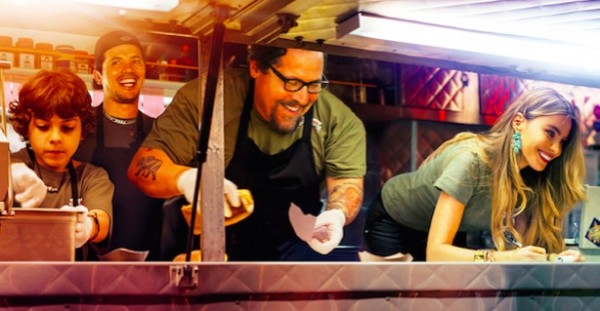 First things first: “Chef” (which stars Jon Favreau, who also wrote and directed the movie) tells the story of Carl Casper, a chef who loses his job after disagreeing with the owner of the restaurant about which direction the menu should take. (Chef wants groundbreaking and creative; owner wants traditional dishes that are guaranteed sellers.) Carl heads off to Miami, where he refurbishes an old food truck and transforms it into a Cuban sandwich truck. He then embarks on an adventure driving back across the country with his best friend and his son, cooking food for appreciative crowds in every city. The movie also stars Scarlett Johansson, Sofia Vergara, Robert Downey Jr., Dustin Hoffman, John Leguizamo, and Oliver Platt.

But the real star of the movie is the food: Throughout the movie you’ll watch Chef Casper making cubanos that are so good they make people swoon. And when you see that butter sizzle on the sandwich press and the cheese starts to melt… you’ll definitely want some too. If you want the most authentic version from the movie, see Roy Choi’s Cubano recipe. But if you don’t have time to do the whole pork shoulder marinating and roasting thing, or if you don’t happen to have sliced roast pork on hand, you can do a quickie version (purists, avert your eyes) by substituting bacon for the pork. It’s still that tasty. 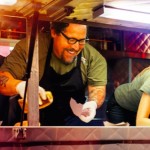 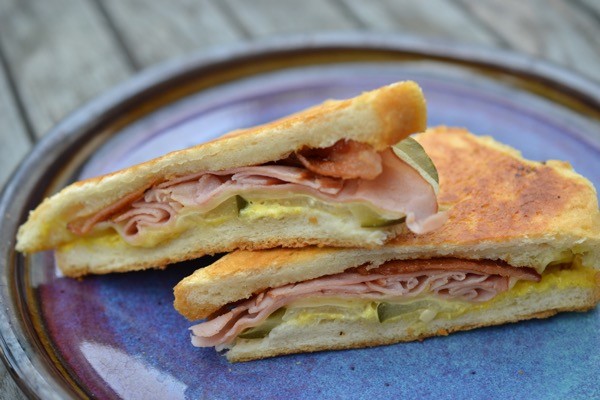 The first time we made them, our kids gobbled them up for lunch… and then asked for more. And we’re not just talking about omnivore kids here; we’re also talking about at least one picky eater who doesn’t like melted cheese or condiments. Yet he had no complaints at all as he polished off his extra-large cubano with “the works.”

How to make Cubano sandwiches from the movie “Chef”

5 Responses to Cubano Sandwiches from ‘Chef’