If you’re concerned about eating bacon, have you ever thought about sweet potato bacon?

The other day while cooking up some leftover sweet potatoes, we just happened to notice…Sweet potato chips look a lot like bacon, don’t they? So we put them out on the table, announced, “Come get some bacon!” and within seconds the sweet potatoes were all gone. 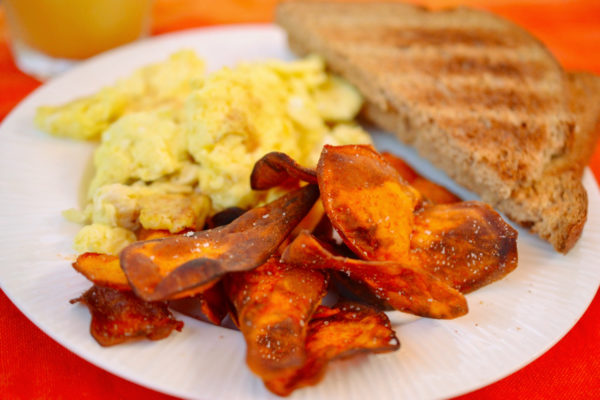 Now we’re not saying we could ever truly pass them off as bacon. But in a way, these sweet potatoes provide just what eggs (even vegan eggs) cry out for – something salty and crunchy to stand up next to them. And they might occasionally serve as a reasonable substitute. So give it a try and see if at least once a week you can drum up some interest in a potato-based substitute for bacon. Who knows, you could start a whole new trend. 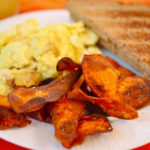 Thinly sliced sweet potatoes fried up to make a reasonable stand-in for bacon. 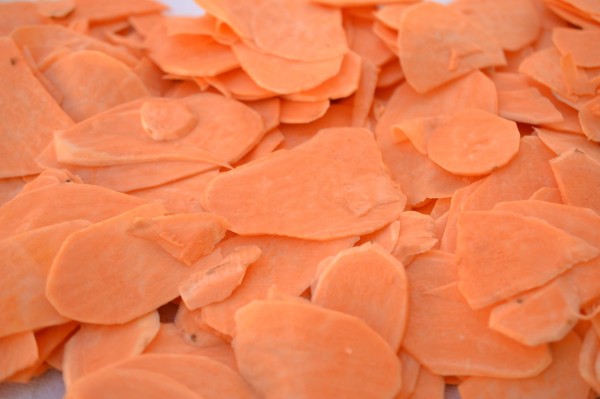 After all, if you’re going to fry anything up in the morning, wouldn’t you rather be frying sweet potatoes?

P.S. If you’re looking for another bacon alternative, try one of our favorites. Watermelon Bacon is dehydrated spiced watermelon that hits all of the right flavor notes. 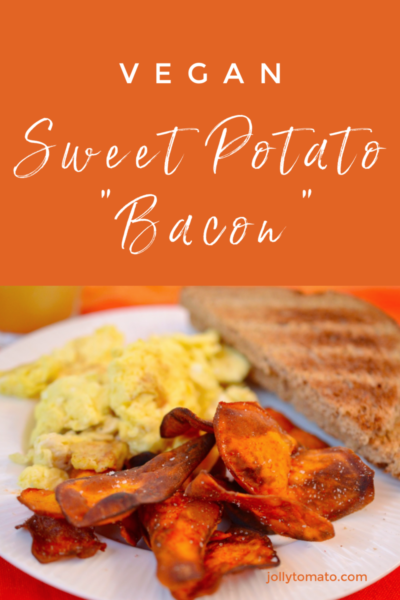 This sweet potato “bacon” is a crispy and tasty vegan replacement for bacon.