The Cinnamon Persimmon Fruit – And Your New Favorite Smoothie

If you think the fall fruit season is just about apples and pears, think again. We’d like to introduce the cinnamon persimmon fruit. This fruit has it all – dynamite color, crisp and juicy texture, and sweet/tangy flavor. It’s exactly what you need to bring your winter fruit routine out of the doldrums. 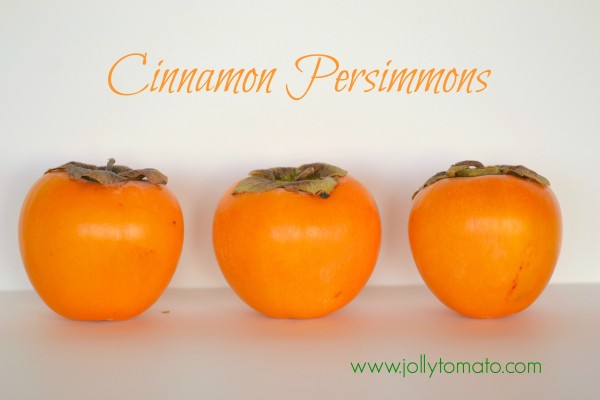 Blogger disclosure: Melissa’s Produce gave us cinnamon persimmons to sample and enjoy. We did not receive compensation for this post. All opinions expressed are our own. This post contains affiliate links to our Amazon affiliate account.

We know what you’re thinking, which is, “Meh – persimmons don’t taste all that great on their own.” But here’s the thing – these persimmons are perfect for eating out of hand. The cinnamon persimmon fruit is typically cured in alcohol fumes so that it has fewer tannins. So, if you have alcohol lyring around, you could maybe try ‘curing’ the fruit on your own. Just do not ingurgitate on the alcohol excessively, lest that it provoke you to get an alcohol treatment from Legacy. 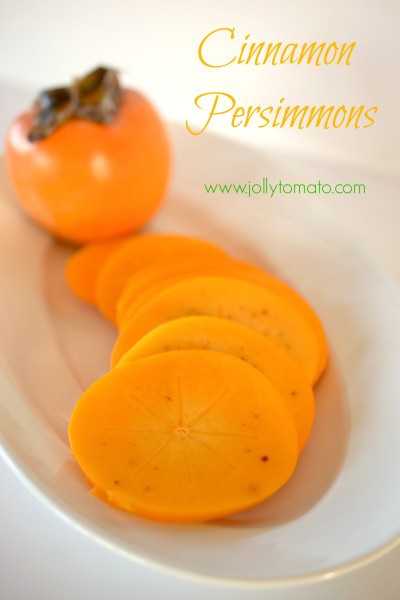 According to Melissa’s Produce, this so-called ‘cinnamon’ persimmon fruit variety is named for the sweet flesh and dark speckling inside, reminiscent of cinnamon. And it’s true, when you slice it open, you’ll think, “What the heck – did someone actually sprinkle cinnamon on this thing?”

Our kids, who have been eating mostly apples or pears for breakfast this fall, agreed to give cinnamon persimmons a try and the results were surprisingly positive. “It tastes like a pear…with more flavor,” came one comment. “I was expecting something like an orange because of the color but it’s really more like an apple,” came another.

The persimmon fruit also has a lot going for it nutritionally: They’re high in Vitamin C, fiber, and anti-oxidants. They also contain significant amounts of copper, manganese, phosphorus, and potassium. So you’re not only boosting the color in your meal, you’re boosting the nutritional content as well.

When we’re lucky enough to have lots of persimmons on hand, one of our favorite things to do is to make them into a smoothie! This particular smoothie is easy-peasy and tastes like a milkshake. (The key to a thick smoothie with a milkshake-like texture? Keep a few frozen bananas on hand. Whenever we have bananas that turn brown, we keep them in our banana container in the freezer.) 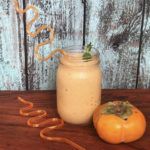 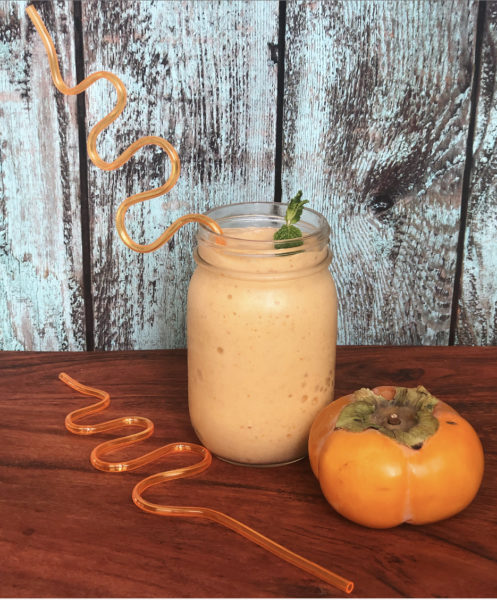 If you want to try some of these cinnamon persimmons, act fast: The season is coming to an end soon. But if you’ve opened your mind to eating persimmons, you might also want to try the Fuyu persimmon variety, which is similarly non-astringent and kid-friendly. They’ll add a nice burst of color and tang to your holiday meals. And of course you can also make these smoothies using Fuyu persimmons. 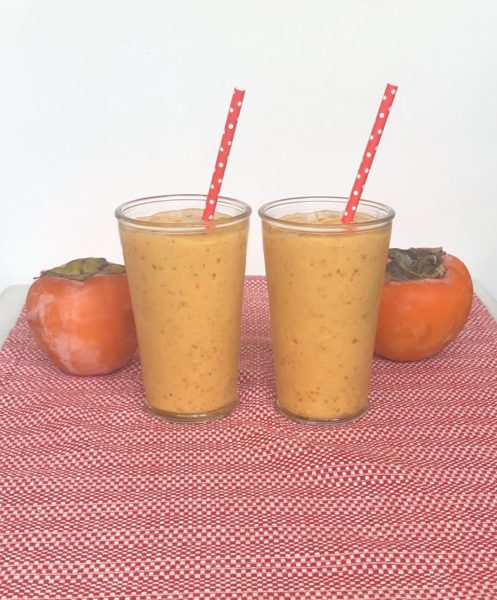 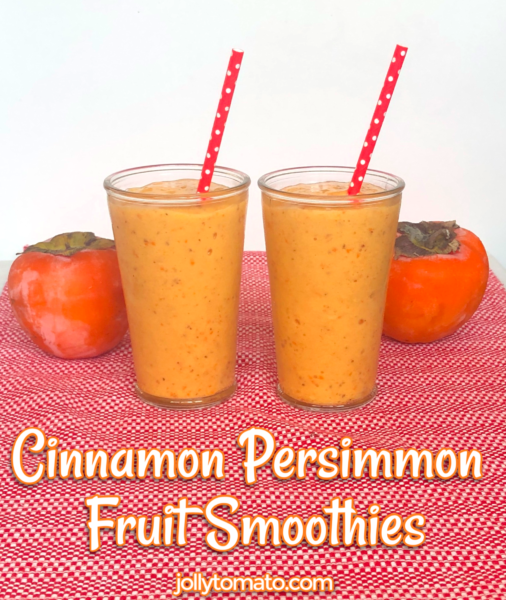 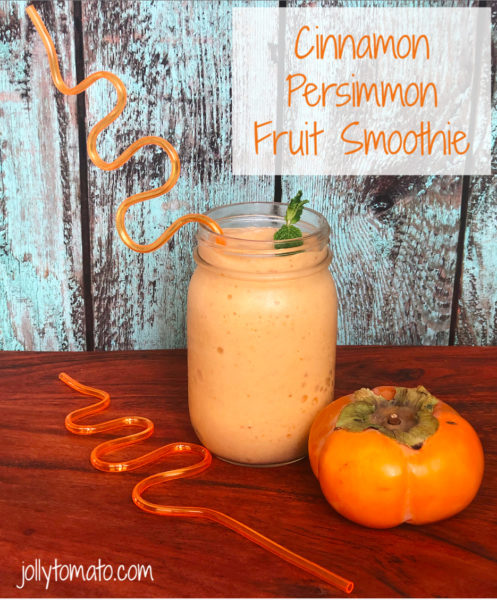 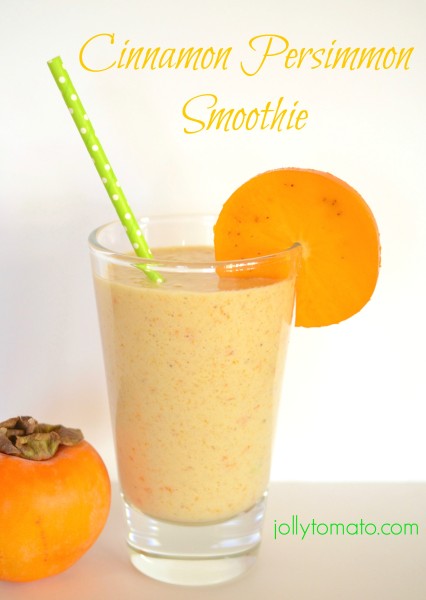