Are Scotch eggs some sort of rare delicacy that you can only hope to eat in a Scottish pub? Not at all! They’re so easy you will have a great time making them at home.

We had this inspiration when the movie Brave came out. Our question was, could a movie actually inspire a kid to try a new food? After all, isn’t that what happened to a generation of kids after Popeye first ate spinach? 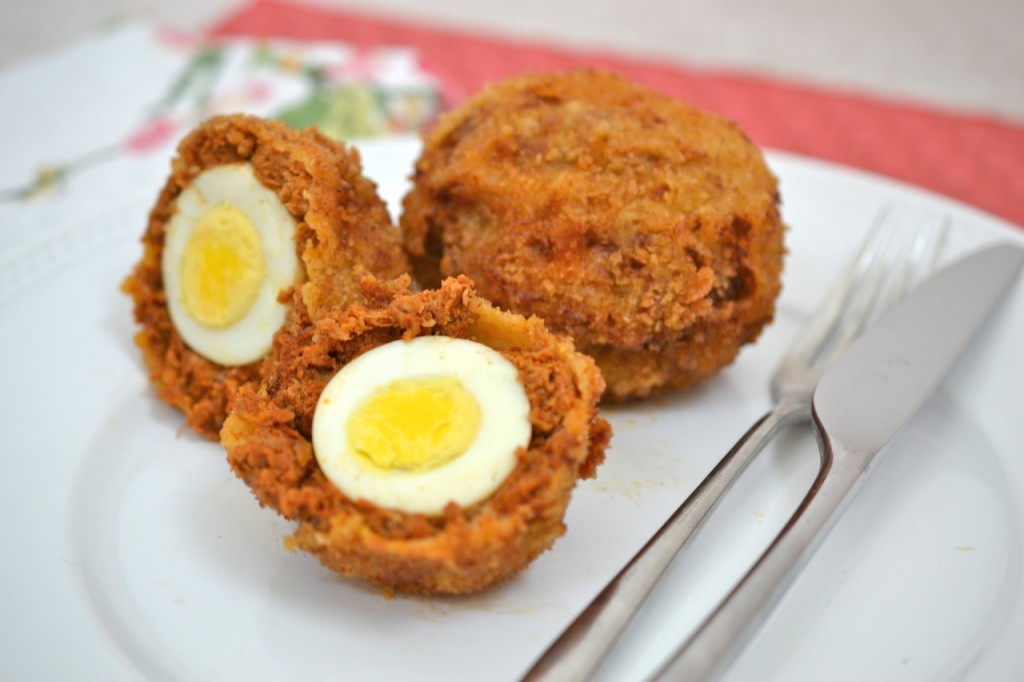 Brave, which takes place in the Scottish Highlands, introduced young moviegoers to a whole range of traditional Scottish foods. Among them, Scotch eggs are an easy and accessible treat that can help you get in the Scottish spirit.

Scotch eggs are basically hard-boiled eggs rolled in bulk sausage (that is, sausage meat without the casing) and then breaded and fried. These little treats are fun to make with helpers. It takes an assembly line of dipping and rolling to put them all together, so you can put lots of small hands to work.

Taste-wise, they are crispy and finger-licking good. They’re also plenty filling, so your young Brave fans probably won’t need more than one apiece. 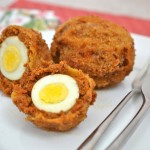 An easy recipe for Scotch Eggs, adapted from Disney/Pixar in honor of the movie "Brave"

Tip: While frying, try to keep the oil as close to 350 degrees as possible to make sure the breading cooks evenly. 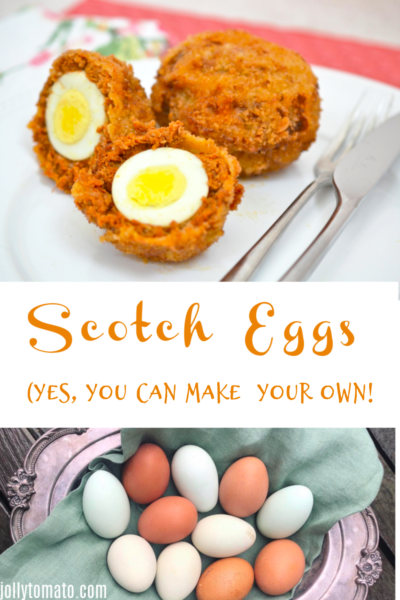 Yes, you can make your own delicious Scotch eggs!