We’re just going to come out and say it – These Blackberry Beet Brownies are among the best brownies we’ve ever had. (At the very least, they’re right up there with the Kale Brownies and the Lentil Brownies.) But we want to make another thing clear: We don’t seek out ways to hide vegetables in desserts. It just happens every now and then… and if the dessert tastes even better because of the “secret” ingredient, so be it. 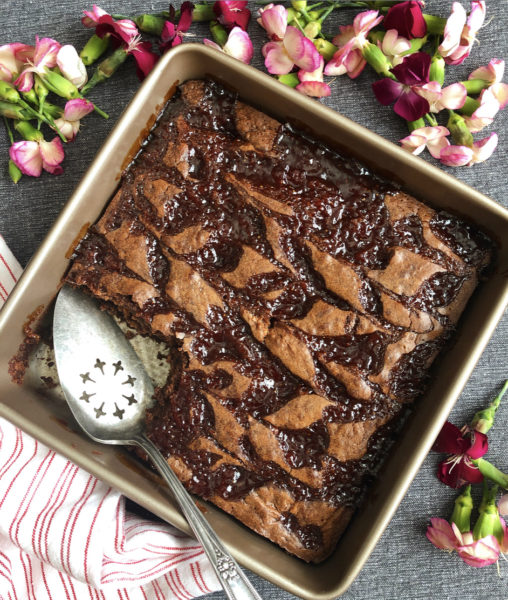 In this case, we made a big deal of the fact that we were making blackberry brownies. We had pureed the beets and the blackberry jam together ahead of time, so when it came time to mix in the “berry” mixture, it just looked like a fruit puree. Everyone was totally happy with the brownies, until the adults were out of the house and our babysitter happened to notice the recipe right next to the brownies. “Oh, hey – Blackberry Beet Brownies,” she said. “Cool.” Then apparently our kid told her, “No, those don’t have beets in them. My mom would have said something if they did.” (Emphasis added) 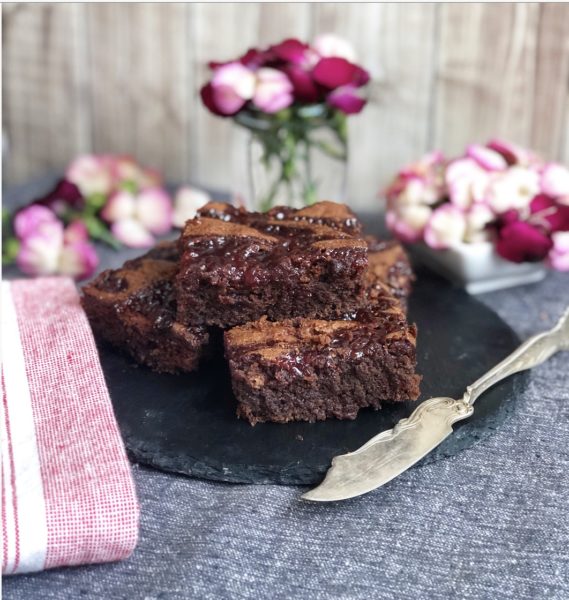 Punch. In. The. Gut. Credibility officially destroyed. We had a little talk later about how, yes, they have beets in them, but aren’t they still the most delicious brownies ever? Yes. Yes they are. We’re sorry we lied by omission. Give them a try anyway. 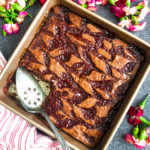 Delicious, rich, chocolatey brownies that (surprise!) have beets in them. Adapted from a recipe by Wholesome Sweeteners.

One, we adapted this recipe from our friends at Wholesome Sweeteners.

Two, for the beets, we used these handy organic baby beets from Melissa’s Produce, which are already peeled and steamed.

Three, we baked these in an 8×8″ pan so they were a little thicker. We gave them about 40 minutes in the oven altogether. 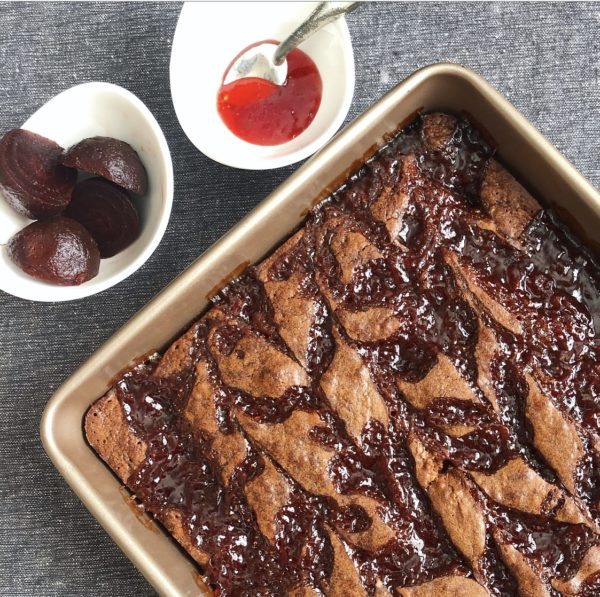 Three, we swear, this is the last time we’ll sneak something by the kids again. 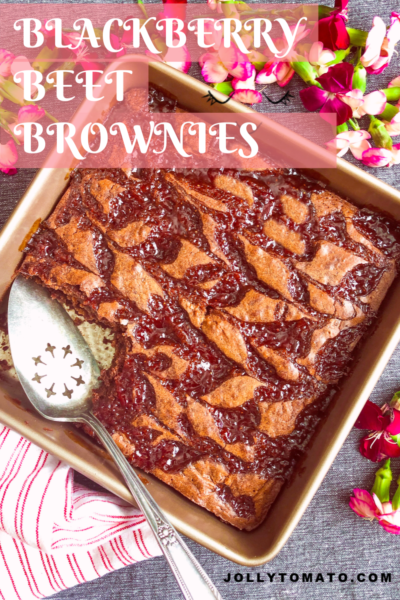