You’ve gotta love brownies. You can put just about anything into them. As long as you have enough chocolate and sweetener in them, they’ll still make a gooey and satisfying dessert. Case in point: Our kale brownies, and now these lentil brownies. 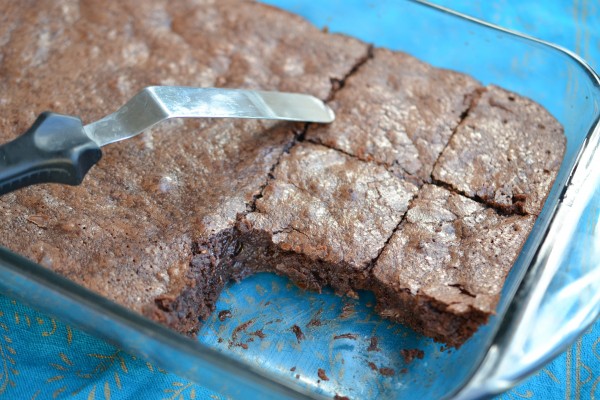 We hadn’t ever thought of adding lentils to brownies, until we met up with the Canadian Lentils folks at BlogHer Food. The lentil crew had an enormous display of just about every kind of food cooked with lentils, from samosas to artichoke dip. And of course there were these unbelievably tasty brownies. 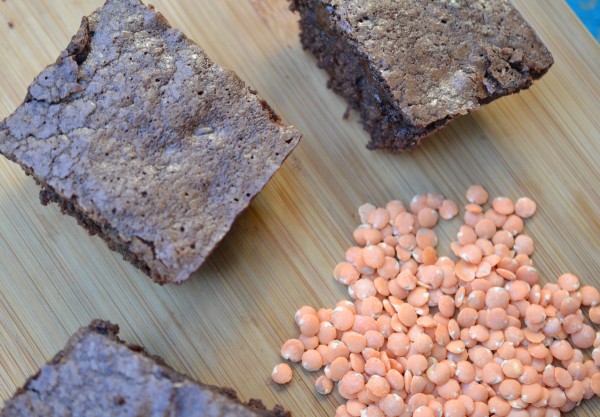 These tasty and gooey lentil brownies are made with pureed red lentils - but no one would ever know.

True story: We posted a picture of the lentil brownies from the conference and got quite a few comments from doubters. We get it. Everyone is tired of things being hidden in food, and no one wants their brownies messed with. But what if the lentils added a little extra fiber and potassium to your dessert? And if the taste stayed just as good? We’d say, ‘Why not?’

In fact, as soon as we got home from Austin, we tried out the recipe for ourselves. The brownies were just as gooey and chocolate-y and delicious as we could have hoped. The best review so far: Our six-year-old asked why we had to take pictures of the brownie next to a bunch of lentils. He absolutely had no idea there was anything different about the brownies. We fessed up, of course, and…he asked for more. 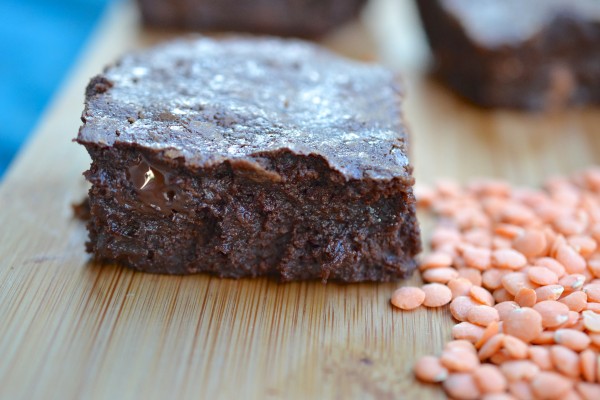 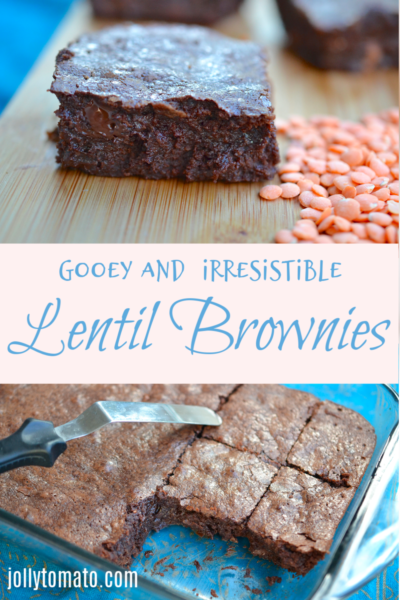 These gooey and delicious lentil brownies (yes, lentils!) are sure to be a hit!