Here at Jolly Tomato, one thing we love almost as much as food is science. And there’s perhaps no better defender of science than the affable, charming Bill Nye. That’s why we’re so excited for the debut of Bill Nye Saves the World on Netflix, coming April 21.

The show gives Bill Nye a platform to talk about all things science, plus it gives him a chance to skewer many current anti-science trends and myths. It’s presented in a talk show format, but perhaps the best way to describe it, as one correspondent put it, is kind of like “The Daily Show” for science. 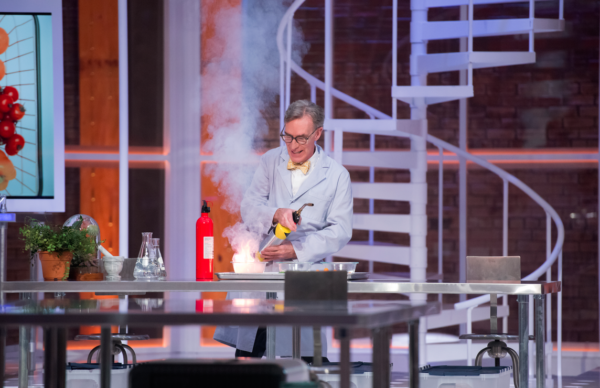 Each episode has a theme that Nye explores with his typical humorous style, followed by an on-location report from one of his many correspondents (including a crew of celebrities, science experts, and comedians), and then a talk-show-style discussion with experts from the field. In the “Tune Your Quack-O-Meter” episode, for example, he has a correspondent visit a “sound therapy” healer, talks with a panel of experts on the placebo effect, and pairs with musician Steve Aoki to test the curing powers of a potion sold as a costly “natural” antacid. (Spoiler: The antacid contains vinegar, of all things, so of course it doesn’t work at all to counteract the acidity in the test solution.) 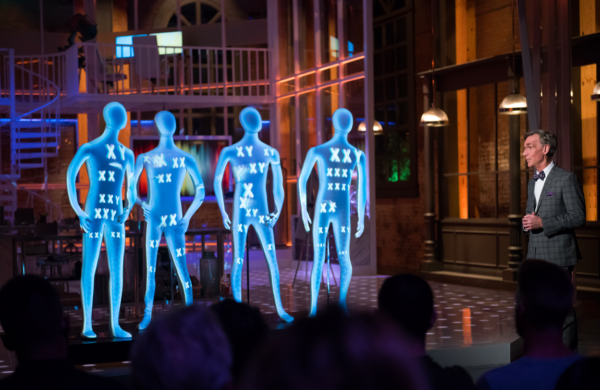 We’re excited about this show because it’s got great mass appeal, for both old and young. It has just the right kind of good-natured appeal for everyone from a science professor (i.e. my dad) to a science-loving kid (i.e. my kid).

“There’s a lot of ignorance out there: People don’t know about these topics, and there is an anti-science movement,” said Nye at a screening we attended. “The dream of this show is to show people a new way of thinking.”

After watching the show, we had a chance to sample what is presumably one of Bill Nye’s favorite meals – BLT (bacon lettuce and tomato) dehydrated and served in a test tube; as well as popcorn served in periodic table of the elements-themed bags declaring “Po” as popcorn. 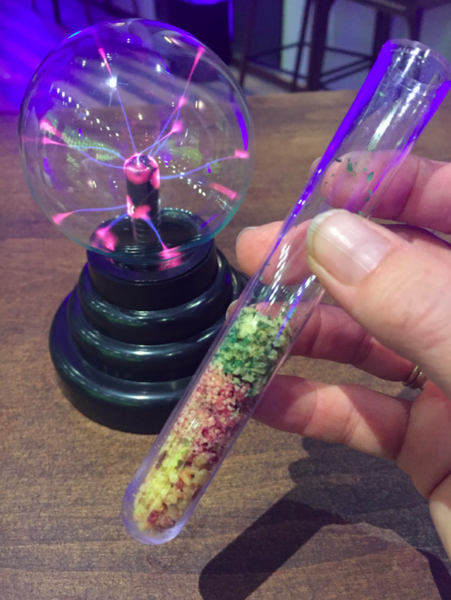 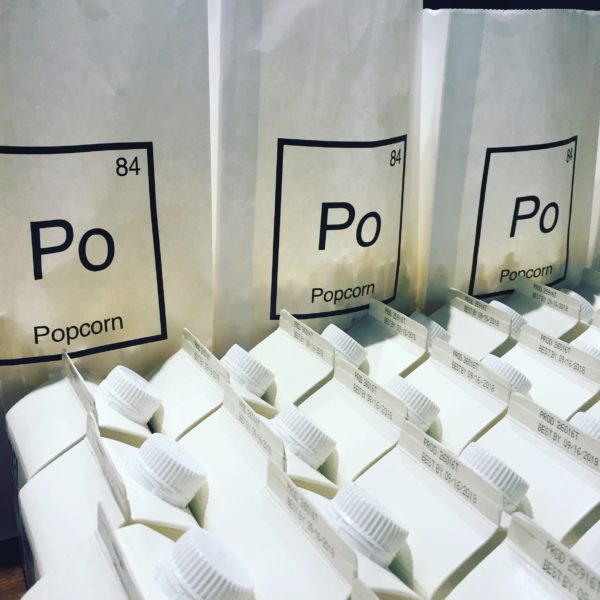 We asked Bill Nye about the popcorn bags and he feigned exasperation. “I kept telling them, ”’Po is polonium!'” he joked. And sure enough, when I brought it home to my young scientist he eyeballed it and said, “Polonium? That’s a heavy metal. It would never work in a paper bag.” Bill Nye would be proud.

Coming soon: In honor of all things science, we’ve undertaken a few Bill Nye-inspired science-themed food projects, including making our own kombucha (the science of fermenting!), making cheese using rennet, and doing some molecular gastronomy using agar-agar. Watch this space for more!

Blogger disclosure: I am part of Netflix’s Stream Team, through which I receive a Netflix subscription and opportunities for early previews and screenings. I did not receive compensation for this post. All opinions expressed are my own.

4 Responses to ‘Bill Nye Saves the World’ on Netflix