Sometimes your kids have great ideas, without you even realizing. That’s basically the story behind this Apple Spice Cake with Pumpkin Frosting. Long story short: Kid came up with the idea; described it to me; I told him it didn’t sound like it would work; he wanted to make it anyway… it turned out great. 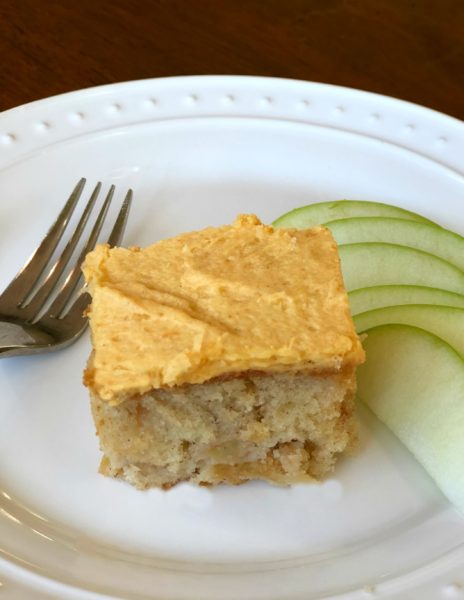 Truthfully, the original inspiration for this cake came when we were watching the infamous Sandra Lee Kwanzaa cake video. While he was watching the video (and laughing), Kid said, “You know, there’s actually a good idea behind that cake.” He described what he wanted to make as “kind of a cake with apple pie filling, and a pumpkin frosting.” I told him that it wouldn’t work; the cake would be too mushy-sweet. He insisted. So we made it anyway. The result – Yippee! A light and sweet cake that just about anyone could love (even Sandra Lee). 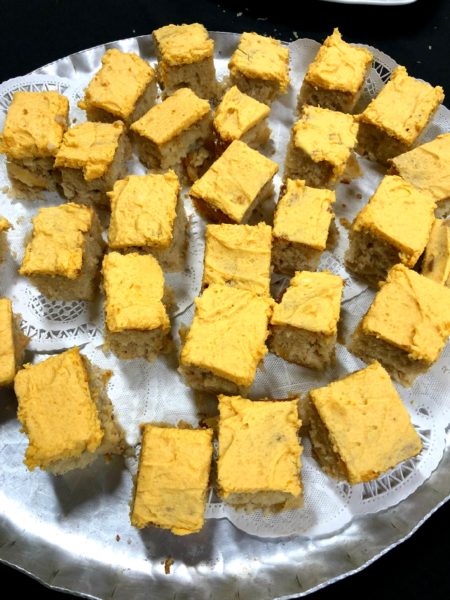 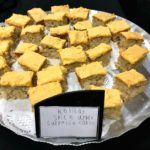 To make this cake, we used five different kinds of apples (Granny Smith, Red Delicious, Yellow Delicious, Honey Crisp, and Fuji). We also used a canned pumpkin puree for the frosting but you could certainly use “real” roasted mashed pumpkin or squash. 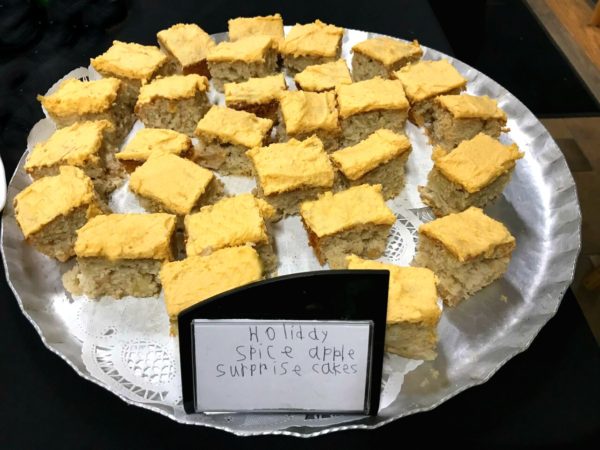 So anyway, he went ahead and made the cake and entered it in Melissa’s Produce’s annual holiday dessert recipe contest. The “icing on the cake,” so to speak, was that the cake won a prize. Talk about a sweet ending!