I’ve been looking for an excuse to share these vegan muffaletta sandwiches, and there’s really no better opportunity than National Kale Day (October 5). They’re chock-full of kale, and just about every other vegetable you might like, and they’re so good you’ll never miss the meat. 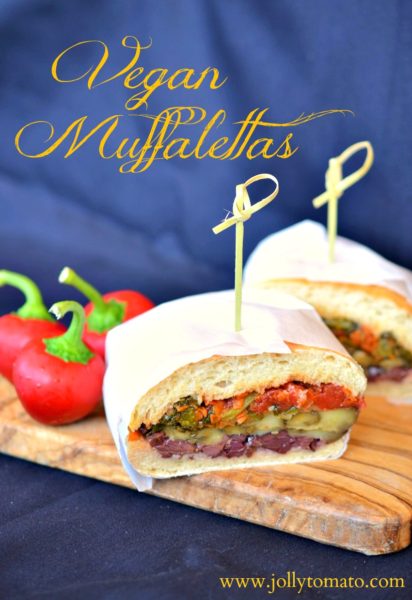 A vegan take on the traditional muffaletta sandwich made with kale

A muffaletta (also spelled muffuletta) is a Sicilian sandwich, made popular by Italian immigrants in New Orleans. It’s traditionally made with layers of meat, cheese, and marinated olives. However, you don’t need all of those things to make an amazing sandwich. The key to a great vegan muffaletta is crispy bread and lots of colorful and flavorful layers. 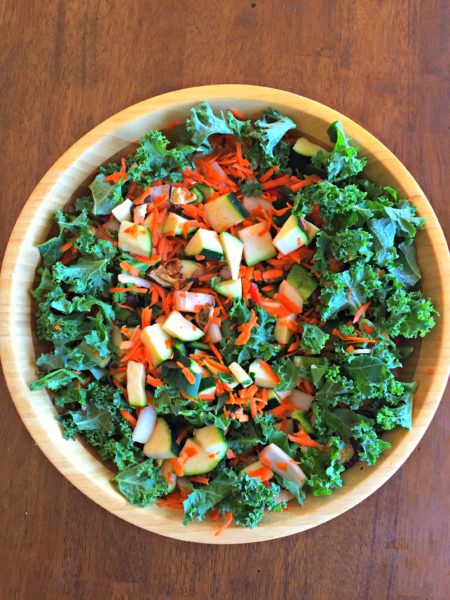 Look at all of the veggies that made it into this sandwich!

To make these sandwiches, we started by cooking up some kale along with carrots, onions, zucchini, and two kinds of peppers. A layer of olive tapenade and a layer of thin-sliced roasted eggplant gave it extra texture and a salty “tang.” 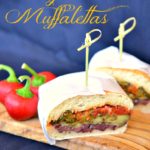 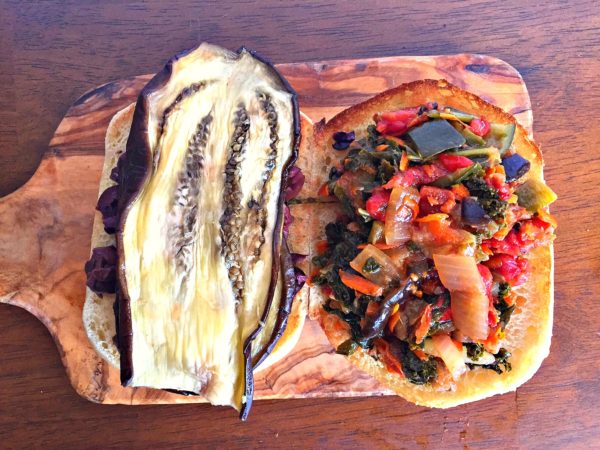 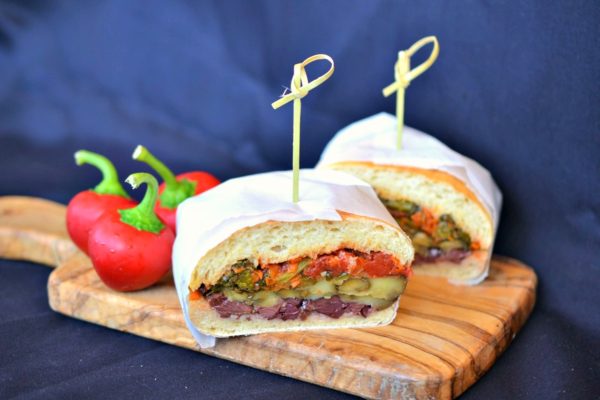 There are a few secrets to this crazy sandwich. First, you can add just about any kind of vegetable you have on hand. Second, you can make it as spicy or not-spicy as you like, and it’ll still be tasty. And third, if you’re feeling a little crazy, you can change up the sandwich by adding a layer of grilled portobello mushrooms or pickled peppers.

Also, if you don’t need to stick with strictly vegan standards, go ahead and add in a layer of sharp provolone. Just toast it along with the bread so it gets a little bit melted… Pure heaven. 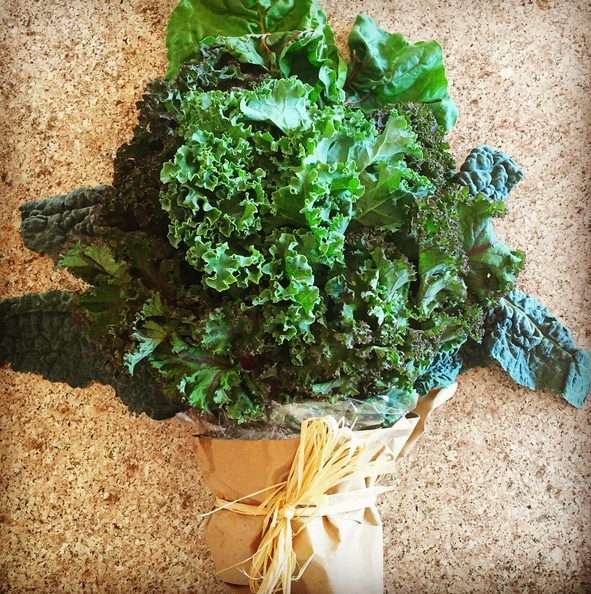 A bouquet of kale for National Kale Day

And last but not least – have some napkins ready. Don’t say we didn’t warn you!

Blogger disclosure: San Miguel Produce sent me samples of kale to promote National Kale Day. I did not receive compensation for this post.