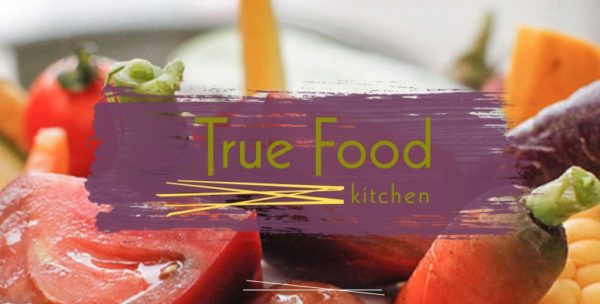 So for the new fall menu items, let’s start with the new Roasted Brussels Sprouts. Of course you would expect nothing less than amazing ‘sprouts’ from True Food Kitchen, but these head off in a new and exciting direction. The fall Brussels sprouts feature an Asian theme with Asian mushrooms, miso sesame vinaigrette, chili threads, and sesame seeds. It’s your favorite fall comfort vegetable – with a little “kick.” Oh, and like many other menu items at True Food Kitchen, it’s gluten-free and vegan. 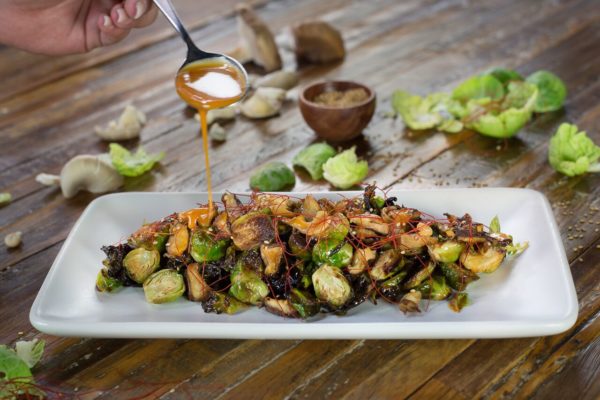 Next is the Seasonal Ingredient Salad, which features shredded Brussels sprouts, quinoa, roasted butternut squash, fresh pomegranate arils, goat cheese, and toasted mulberry. A tasty and tangy horseradish vinaigrette tops the whole thing off. If you’ve seen or tasted previous seasons’ Seasonal Ingredient Salads, you’ll notice that this one is a little different. Instead of being kind of like a side dish with chopped roasted vegetables, this one is more like a true salad, with the shredded Brussels sprouts serving as the base. And as always, you get a satisfying “crunch” (the toasted mulberries) and a “kick” (the horseradish vinaigrette) in every bite. This one’s vegetarian and gluten free, but you can always ask for it without the goat cheese if you want to make it vegan.

One totally new main course item is the Dashi Ramen. This savory bowl features sweet potato glass noodles, bok choy, portabello mushrooms, charred onions, radish, corn, fermented black beans, and sesame chili oil. This one is probably the ultimate fall comfort food, with a rich and savory broth with hints of umami. It’s gluten-free (no wheat in the sweet potato noodles) and vegan (the broth is entirely free of meat products). You can ask for the chopsticks, but you will do a lot of slurping – it’s mostly like a soup. 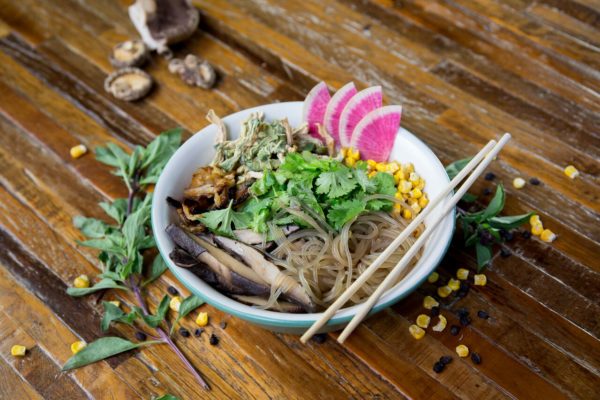 Next up is a dish that’s not new, but it’s back by popular demand: the Butternut Squash Pizza. How popular is this pizza? The restaurant actually started serving it a month ahead of the rest of the fall menu just because people request it so frequently. It’s a perfectly crisped pizza with caramelized onion, organic kale, vegan almond ricotta, and dried cranberry. If you need a sense of what it tastes like, think “Thanksgiving on a pizza.” The pizza itself is vegan, and (as always) you can ask for a gluten-free crust if you need it. 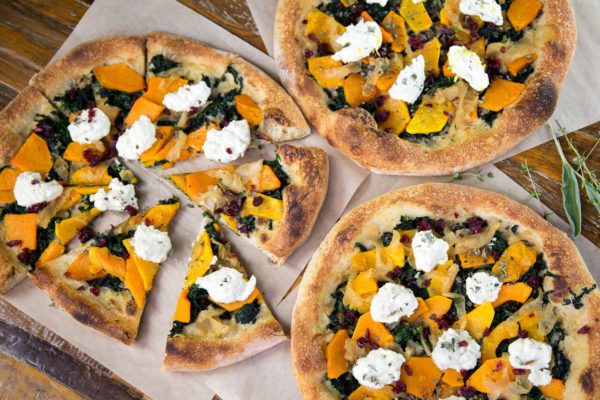 Last but not least is an updated version of the squash pie. Much like last year’s pie, it’s so rich and decadent you’ll never believe it’s free of cream and gluten. The gluten-free graham cracker crust tastes exactly like a traditional graham cracker crust. And the whipped cream on top is so rich, you’d never guess that it’s a vegan coconut cream. This year the chefs tweaked the recipe just a little bit so there’s less sugar – and you will never even miss it. So now than ever, you can count this dessert in the “good for you” column. 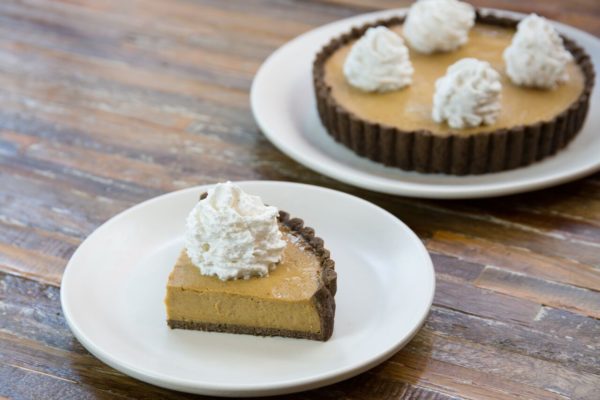 Wait – did you think we forgot about cocktails? Of course we didn’t. There’s a whole list of new fall cocktails and we had a chance to try two of them, which we’ll heartily recommend. The “Apple Jack” is an apple-themed drink with bourbon, cinnamon, and lemon. One sip and it will immediately transport you to a vision of yourself wearing a plaid flannel shirt and gazing out at your apple orchard. Then the “Forbidden Root” features lemon-infused vodka, apple, red beet, and rosemary. It’s an amazing deep red, and it has a faint essence of beet, but it’s tasty even for non-beet-lovers. 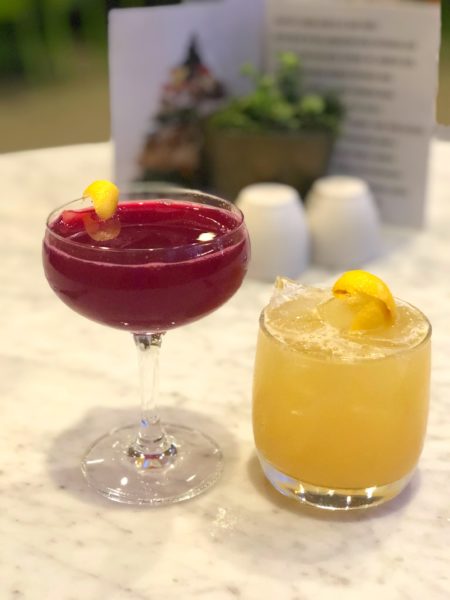 So that rounds out a meal full of just about every color you can find in nature. Enjoy!

Blogger disclosure: True Food Kitchen invited me to dinner to sample the fall menu. I did not receive compensation for this post.