I never used to be crazy about spaghetti squash; mostly because I felt like people kept trying to push it as spaghetti, and it’s not. Sure, you can put all kinds of sauce and cheese on it and almost forget you are eating squash, but it’s still squash. But recently, while trying to cut back on breads and pastas, I’ve been eating (and enjoying) spaghetti squash. (I cook one up, shred it, and keep it in a container in the fridge). The key for me is not trying to make it into a pasta dish, but giving it its own identity. (Yeah, it’s squash – you got a problem with that?)

Here’s an example of a super-quick breakfast that I like to cook – Spaghetti Squash Scramble. It fits in with your paleo, low-carb, and Whole30 diets – and it tastes good too. 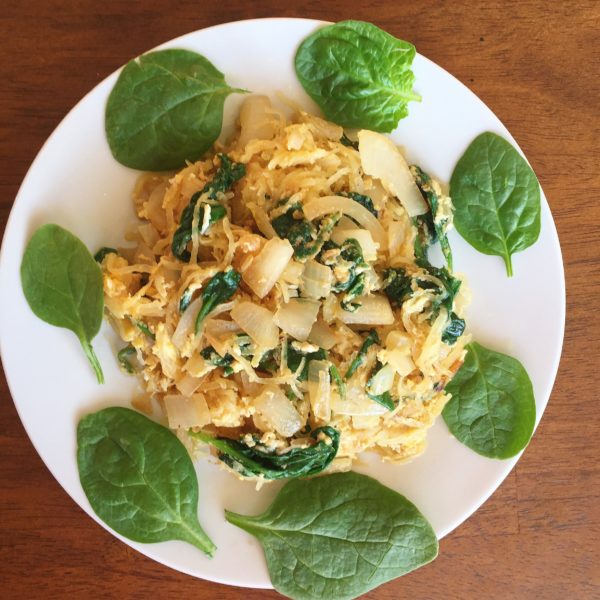 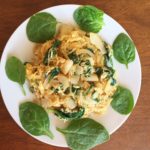 Of course, you can change up the veggies (or double/triple by adding more veggies and eggs) depending on your preferences or your crowd. But the key is – it’s quick, filling, nutritious, and keeps you on track with your plant-centric diet. What’s not to like?