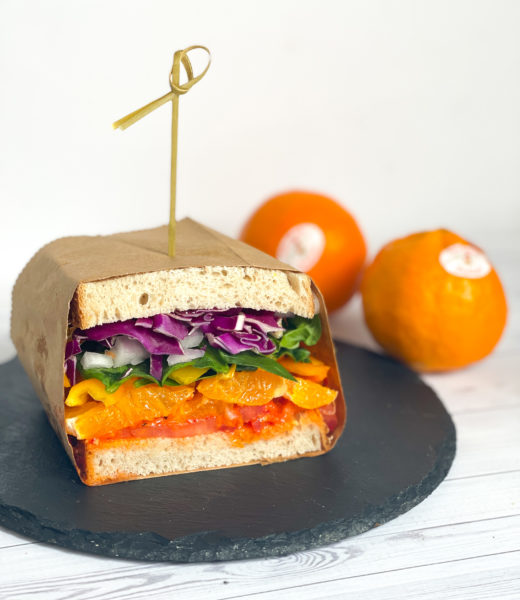 Let us explain… We love those creative, colorful rainbow sandwiches as much as anyone. They’re a great way to eat your veggies. But let’s just say that instead of a plain old sandwich, you wanted something spicy/sweet? THAT’s what you’re going to get in this yummy rainbow sandwich. 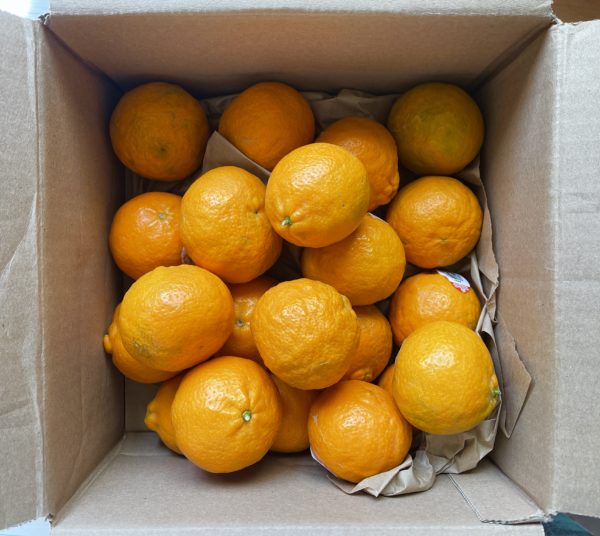 These adorable (seedless!) little fruits are grown exclusively in Ojai in Southern California by a group of farmers working on small family farms. Currently, more than 20 different Ojai families now have upwards of 25,000 Ojai Pixie trees. All of these farms are family-run operations, between 50 and 5,000 trees. In the spring, when they’re in season, you can buy them in grocery stores all around the country. (And of course, you can always find them through Melissa’s Produce!)

If you look around the web, you’ll find lots of recipes for Ojai Pixie desserts, drinks, or even salads. But we’re pretty sure you’re not going to see an Ojai Pixie sandwich, which is of course why we’re here. 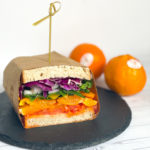 More About This Rainbow Sandwich

When we first made this rainbow sandwich, we tried it with a variety of sauces including hummus and pesto. But something about the Romesco sauce seemed to be the perfect match with the tangerines. (Sweet and juicy plus spicy = So, so good.) 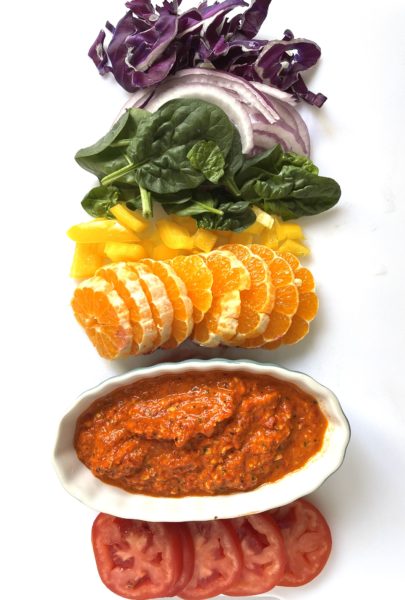 Here’s a look at all of the ingredients that make up this sandwich.

So what is Romesco sauce?  It’s a spicy red sauce that’s said to have originated with fishermen in Catalonia to eat with fish. It usually contains roasted tomatoes, garlic, almonds, pine nuts, olive oil, and spicy peppers.

Recipes for Romesco sauce are all over the web, and you can easily make your own with a food processor. (That way you can control the spiciness.) Additionally, you can find it at Trader Joe’s, Whole Foods, and most grocery stores with a large condiment or foreign foods selection.

For our own lunch, we made this sandwich as a vegan item. But if you want, you can add whatever kind of protein you fancy, whether it’s cheese, hummus, chicken, tofu, or your own favorite protein addition. 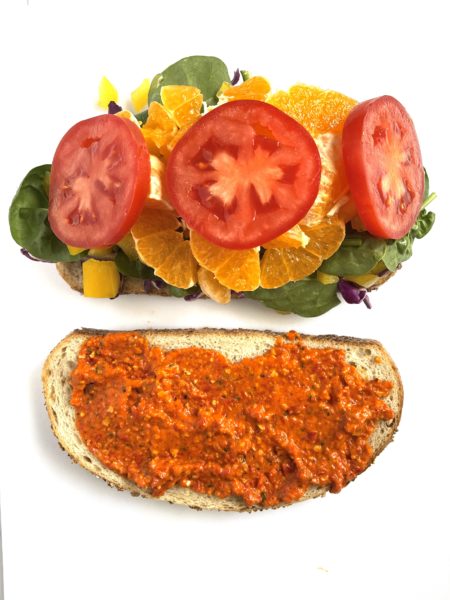 Now the sandwich is built. Is it all going to topple over? Press the top down firmly and hold it together as you slice it. 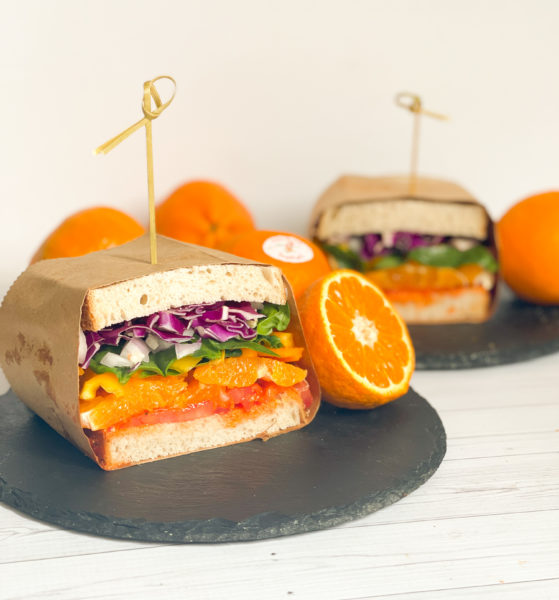 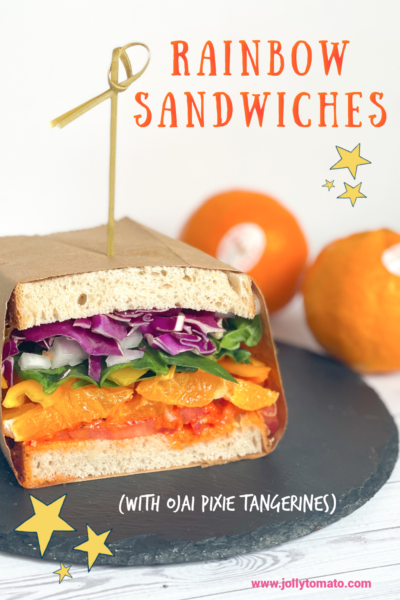 Colorful rainbow sandwiches that are spicy and sweet, with Ojai Pixie tangerines.

P.S. Love tangerines? You’ll love them in a cake like this California Orange Olive Oil Cake.

Blogger disclosure: This post contains links to our Amazon affiliate account. If you order through these links, Jolly Tomato will receive a small commission at no cost to you. Thanks for supporting Jolly Tomato.