Want to cook Mexican food…tonight? Your friend Pati Jinich, author of the new cookbook “Mexican Today,” is here to help. 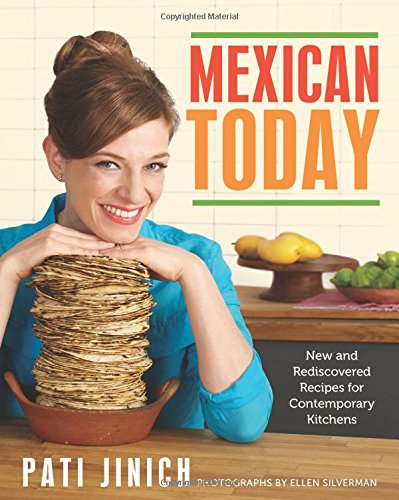 If  you don’t already know and love Jinich, you should (and will). She’s probably best known as the friendly and accessible chef and host of the PBS series Pati’s Mexican Table. She’s also resident chef of the Mexican Cultural Institute in Washington D.C., a regular guest on NBC’s Today, ABC’s The Chew, CBS’s The Talk, and NPR’s The Splendid Table. She’s a member of the Smithsonian Institution’s Kitchen Cabinet and has been guest chef for the Cinco de Mayo White House Celebration.

(And when we met her recently at Melissa’s Produce, we discovered yet another reason to love her: She’s a political scientist and politics junkie who got into food and food writing while in Washington D.C. Hey – same here!) 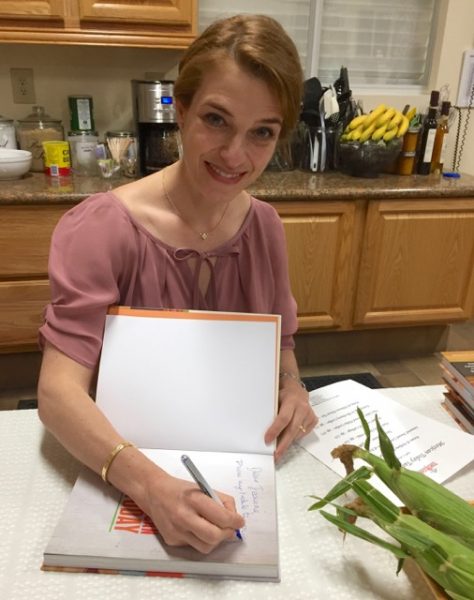 She’s the kind of person that you can’t help but love – like when she talks about moving to the United States and experiencing American grocery stores. “I wanted to be friends with the produce managers, because in Mexico, that’s the relationship you have,” she says. “They help you choose – ‘Do you want pineapple today? When do you want to eat it?’ That kind of thing.” And now, of course, she knows everyone in her local grocery store. “They know they have no choice but to be my friends,” she adds with a mischievous smile.

Anyway, she’s mom of three boys, and even though she cooks for a living, she also knows that it’s totally different when you’re cooking for a house full of hungry teenage boys. Like, you need to get dinner on the table fast. And you need to have lots of leftovers so that there’s more available for them to eat when they get hungry again when they get home from school…and after dinner…and before bedtime…and so on and so on. 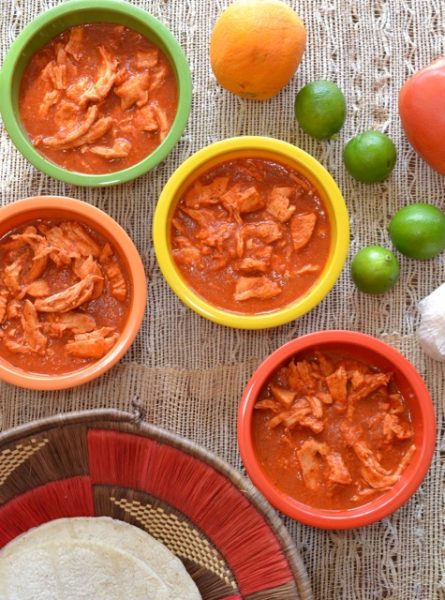 So of course we were intrigued when we saw this Fast-Track Chicken Pibil in her book – and we were even more intrigued when we tasted it. This is a super-easy, super-tasty chicken dish that can go with just about anything: in tortillas, in a quesadilla, in a sandwich, over a salad, with rice, with potatoes, and so on. 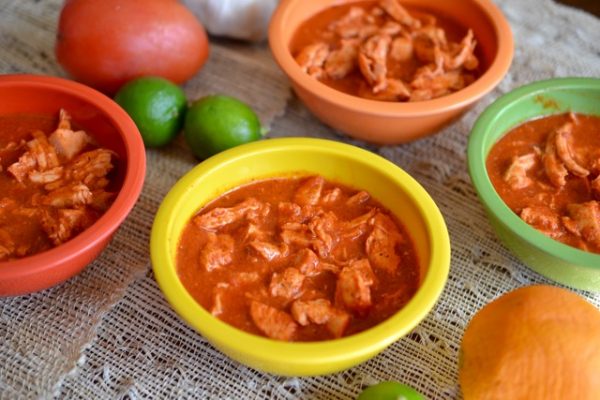 The Mayan word pibil (pee-beel) means “buried,” which refers to the traditional way of cooking this style of meat, buried in a pit and roasted with fire. A pibil dish features some of the defining flavors of the Yucatan Peninsula, a mixture of achiote paste (ground annato seeds, tomatoes, and spices) and citrus. While a traditional pibil is slow-cooked, this version can be prepared in about 30 minutes. And really, it’s the sauce that takes most of those 30 minutes; once you’ve made the sauce, it’s only five more minutes until you have a finished dish. 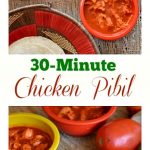 Note: When we went out in search of achiote paste, we didn’t immediately find in, even in well-stocked grocery stores. We wound up buying it from a Latin grocery store in L.A. If you’re having trouble finding it, you can always purchase it from Amazon or other online retailers.

30-Minute Chicken Pibil – a fast and easy dinner recipe. Serve it with tortillas, rice, a salad, or even in a sandwich.

And even if you don’t see achiote paste now, you probably will see it soon. Jinich says that Mexican cuisine, so deeply rooted in the past, is having its moment now. “If the word ‘fusion’ had existed in the 1500s or 1600s, all of Mexican cooking would be called fusion,” she says, noting that even the most traditional Mexican cooking has taken its inspiration from many sources.

You can learn more of Pati’s recipes and her delightful stories at “Mexican Today: New and Rediscovered Recipes for Contemporary Kitchens.”

Blogger disclosure: I received a copy of Pati’s book for review. I did not receive compensation for this post. All views expressed are my own.