Are chicken nuggets a staple in your kid’s diet? If yes, like many parents, you’re probably skeptical about what’s on the ingredient list. And that’s where Hip Chick Farms co-founders Chef Jen Johnson and her partner Serafina Palandech are here to help. They have created and marketed a “real” chicken nugget that parents can feel good about serving. 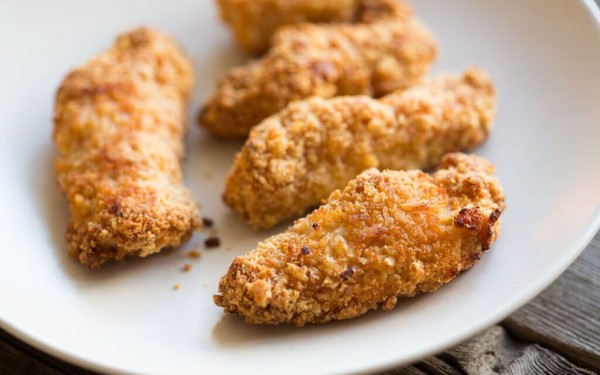 “Every kid loves a chicken nugget, but every parent is suspicious about what’s in them,” says Palandech. “That’s why we wanted to make the ingredients and the sourcing as clean and transparent as possible.”

The Hip Chick Farms story began when Johnson, a chef who trained with Alice Waters at the renowned Chez Panisse, worked as a private chef for the Getty family and cooked lunch for the children who came to the Getty family’s school. Chef Jen’s wholesome and organic chicken nuggets were a perennial favorite that became legendary among kids and parents alike. 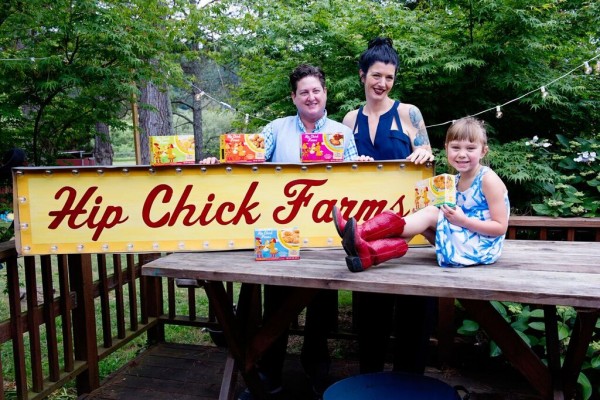 And so Johnson (the chef and recipe developer) and Palendech (the business and marketing guru) decided to realize their dream of bringing healthier food to kids and families. They started Hip Chick Farms, a company that produces artisanal and transparently sourced poultry products. These products range from the classic chicken nuggets to gluten-free chicken meatballs.

Their home farm, which they share with their daughter, along with horses, dogs, cats, chickens, goats, rabbits, turkeys, and mini-donkeys, provides daily inspiration for their dream of creating a life around sustainable food.

“We have an office and a staff now,” says Palandech. “but we’re really just a family trying to do something beautiful with food for families.” 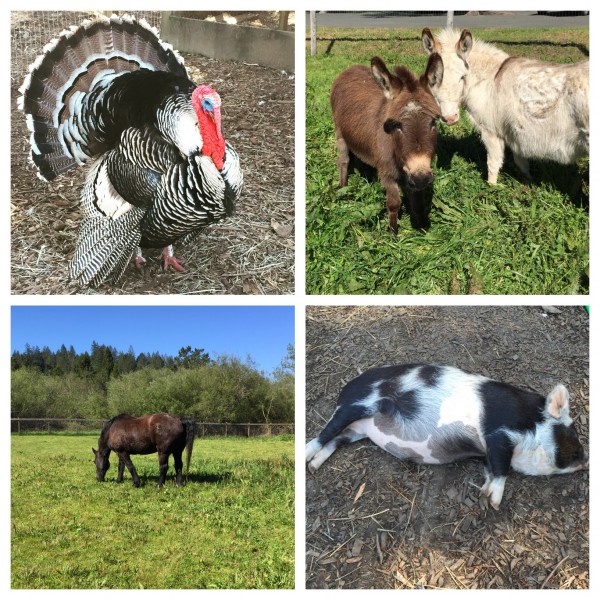 Some of the furry and feathered friends we met at the home farm of the Hip Chick Farms family. Bottom right is the newest member of the Hip Chick family: Willy Pig, an adorable Kunekune pig. (He likes to get into mischief and then randomly take naps.)

We recently had a chance to visit Johnson and Palandech’s home farm and learn more about the Hip Chick Farms philosophy. As we met each animal on the farm – including a pair of retired work horses who are living out their lives in paradise on the farm – we got a sense of the care that Palandech and Johnson ensure goes into each creature’s life. (Hip Chick Farms is a partner with the Global Animal Partnership, which seeks to ensure the highest welfare for animals in agriculture.) The Hip Chick Farms poultry products come from companies such as Mary’s Free Range Chicken, which is part of the 5-Step Animal Welfare Rating Standards Program.

“There is a lot of mistrust in the marketplace – which I have too,” says Palandech. “That’s part of why we think it’s important to be as transparent as possible in how we source our products.” 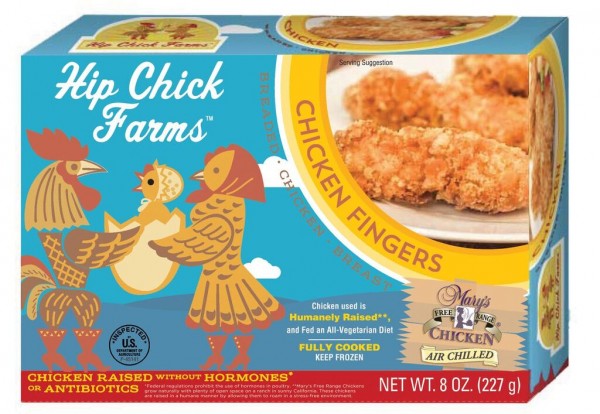 At the farm, we had a chance to taste Hip Chick Farm’s classic Chicken Fingers. Made from all-white breast meat with crispy panko breadcrumb breading, they were an instant hit with our kids. When you break apart the chicken pieces, they actually look like – surprise! – real chicken. Now that’s something you don’t see in your average cafeteria. 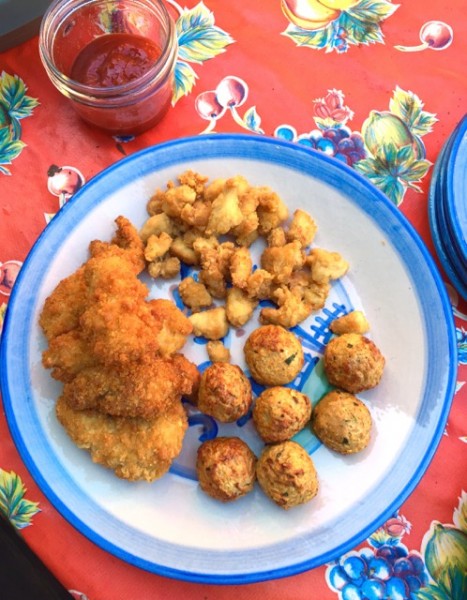 How Real Chicken Nuggets Are Made

Palandech says that Chef Jen did an experiment where she tried to make chicken nuggets the fast-food way, to compare them with her own chicken nuggets. This involved pureeing and filtering the chicken parts turning them into patties to be breaded and fried. Needless to say, her test subjects hands-down chose the “real” chicken nuggets. “We slice the chicken breast, season it, and cook it. That’s it,” says Palandech. (And really, why does it have to be any more complicated than that?) 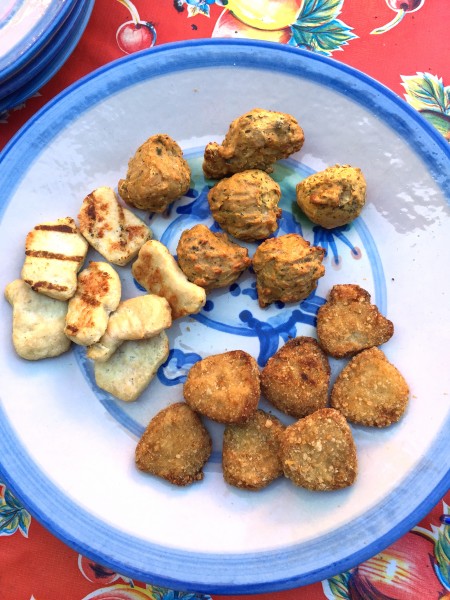 Tapping into the Market

With Hip Chick Farms, Palandech and Johnson have clearly tapped in to a demand among parents and kids alike. They’ve also gained quite a bit of national recognition. Notably, in 2015, they were named to Fortune and Food & Wine’s list of Most Innovative Women in Food and Wine. (They’re on the same list as Jessica Alba of the Honest Company).

But Palandech and Johnson are enjoying the ride. “It’s so exciting when your little passion project becomes something you can do full time,” says Palandech.

2019 update: Palandech and Johnson sold the company and moved to Oregon, where they started A Boring Life, a line of CBD-infused snacks.

Blogger disclosure: I did not receive compensation for this post and I traveled at my own expense. All opinions expressed are my own.