Here’s the summer dessert you’ve been waiting for: Frozen Strawberry Neopolitan Cheesecake. It’s so delicious, and cool, and you never once have to turn on your oven. 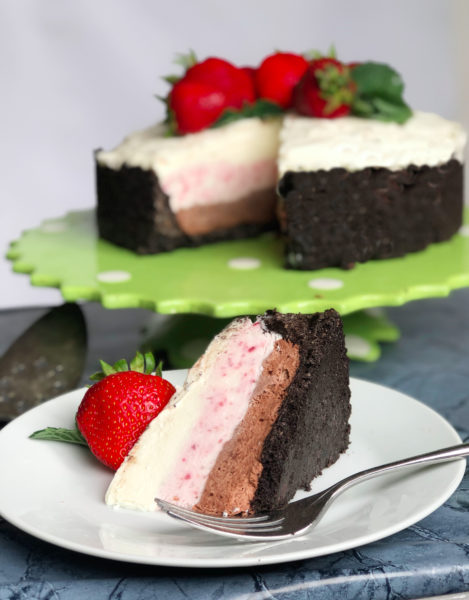 The basic idea is you have three layers of frozen cheesecake, on top of a crispy chocolate-y crust. There’s a chocolate layer, a strawberry layer, and a vanilla layer. Then you can top it with more fresh strawberries for a colorful and festive dessert or snack. 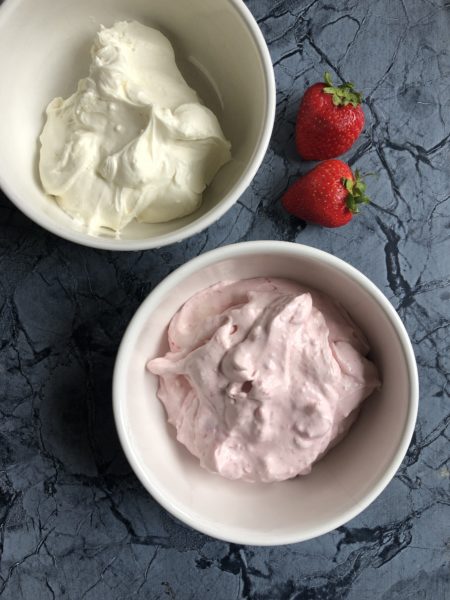 Such yummy layers of cheesecake filling…

To work on this recipe, we made this cheesecake so many times. (How many times? Our freezer is practically spilling over with cheesecake.) So just to keep things interesting, we have another variation to share with you below. 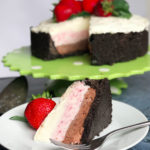 A delicious summer cheesecake with layers of chocolate, strawberry, and vanilla.

So, if a giant cheesecake is too much for you, we also tried this snacking version. Basically we cut the crust and cheesecake ingredients in half. Then we made a miniature version of the cheesecakes in mini muffin tins. Note that for this version, we divided the cheesecake mixture in half (instead of in thirds). Then we made only strawberry and vanilla layers. 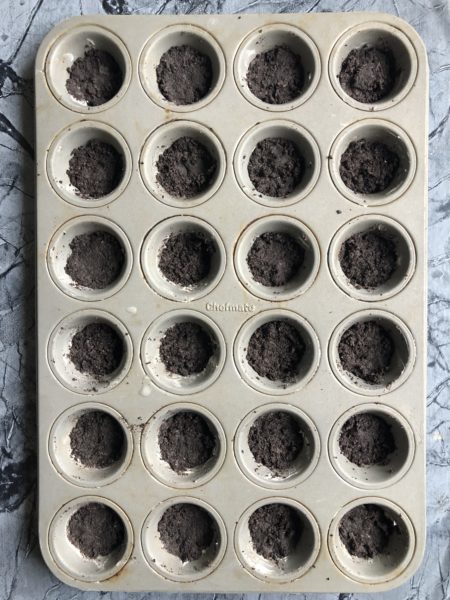 Tip: If you’re going to do this, make sure to spray (or grease) the mini muffin tins really well so that the mini cheesecake bites come out easily. 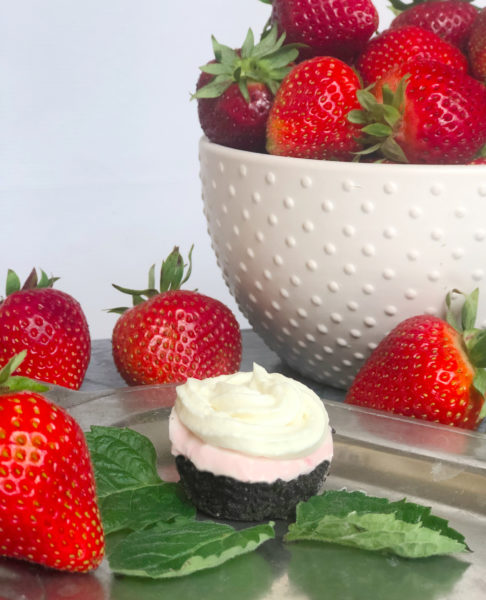 These little bite-sized ones are fun because you can just grab them for a tasty snack. 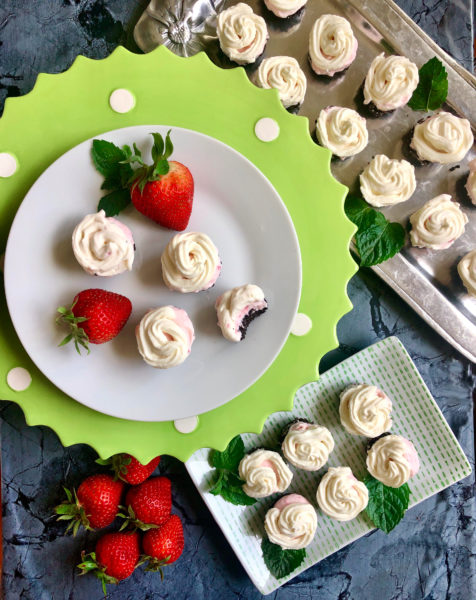 Again, this recipe is super-easy to make. Furthermore, don’t be fooled by the amount of time it says on the recipe. Most of that time is just passive freezing time. So basically you can have the least possible amount of effort, for a fantastic and rewarding dessert. Cheers to that!