Eliminating Food Waste by Making the Most of Your Food 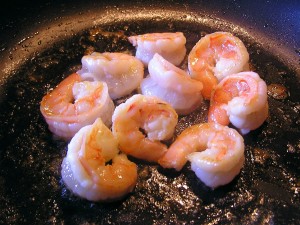 The other night we had shrimp for dinner, and as I was cleaning up I saw there were three tiny shrimp left. I hesitated: Do I waste a whole container on putting those shrimp back in the fridge? Nah – I’ll just toss them. And then as I looked at them in the garbage can, I was swept with a wave of guilt. What a waste of those little creatures’ lives. Not to mention all of the energy that it took to process and package them and get them all the way to my house.

But something tells me that’s only the tip of the iceberg (the tail of the shrimp?) of waste in our house. What about those uneaten bagel stumps, those rotten pears, that mozzarella cheese that turned green in the back of the fridge?

It turns out it’s not just me. Check out these killer facts on food waste, via Indiana Public Media: 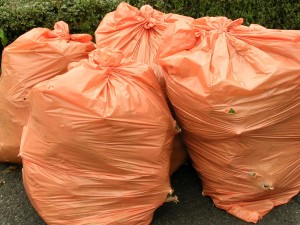 And SlashFood reports that researchers at the University of Texas–Austin calculate the cost of our annual food waste to be roughly equivalent to 360 million barrels of oil. That’s about 2 percent of the energy that the country uses each year, which doesn’t sound too bad, until you consider that it’s enough to power the entire U.S. for a week.

OK, so probably all of us can do better. But even if you don’t want to spend all of your time boiling down your carrot greens and lemon rinds, there’s still plenty you can do to reduce waste in your household. Here’s what you can do, with three different levels of commitment:

Plan menus: It’s a simple as a weekly plan. Map out what you’re going to eat, and then shop for it.

Buy smart: Grocery stores would love if you would buy more than you need, but you shouldn’t fall in that trap. So don’t buy those five pounds of grapes on super-sale unless you’re either having a party, planning to freeze them, or have a household full of big-time grape eaters.

Use leftovers: Made too much? Serve it again, or serve it in another form (shred the roast beef and make it into tacos, for example). And if you have leftovers from a restaurant meal, by all means bring them home and eat them too.

Refrigerate wisely: Put perishable items (meats, cheeses, milk, etc.) back in the refrigerator as soon as you’ve finished with them. If you let them sit out they won’t last as long.

Freeze wisely: If you’re not going to use a perishable food soon, put it in the freezer until you’re ready to use it. Put dates on your items and keep a constant rotation, so you won’t have to throw away that frost-covered bagel 18 months from now. 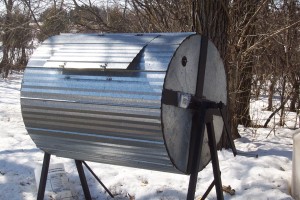 Compost: We’ve already said plenty about the benefits of composting. In short, it’s a great way to reduce your family’s trash footprint, help the environment, and improve your garden.

Cook with remainders: Save your veggie scraps to make broth; save seafood shells to make seafood stock, or even melt down leftover cheeses to make a cheese dip.

Volunteer and/or contribute: You can start with two of our favorite groups, Feeding America or Share Our Strength, for information on how to get involved.

No matter what your level of commitment, here’s something else you can do: Set a family goal to reduce the amount of food waste by at least 10 percent in the next month. Let us know how it goes.