‘Cooked’ on Netflix for #StreamTeam

Cooking: It’s what makes us human, it’s what all cultures have in common…and whether it’s a humble meal or an extravagant feast, it’s one of the most basic expressions of love. So when you settle in to watch Michael Pollan’s documentary series “Cooked” on Netflix, get ready to feel all of the emotions (and that includes hunger). 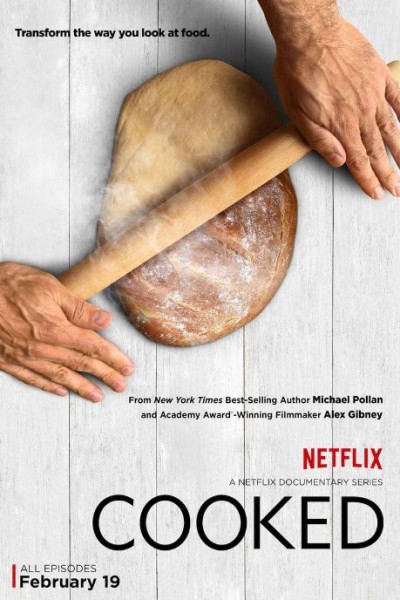 The documentary series is based on Pollan’s book Cooked, in which he explores four elemental forces – fire, water, air, and earth – that have influenced cooking techniques throughout time. He takes us through cooking in traditional cultures in such places as Australia, India, and Morocco. Then he learns from “masters” who lead him through the art of their particular food specialties, such as as a “pitmaster” cooking barbecue in North Carolina and a miller/baker who has perfected the art of sourdough bread in the Berkshires. 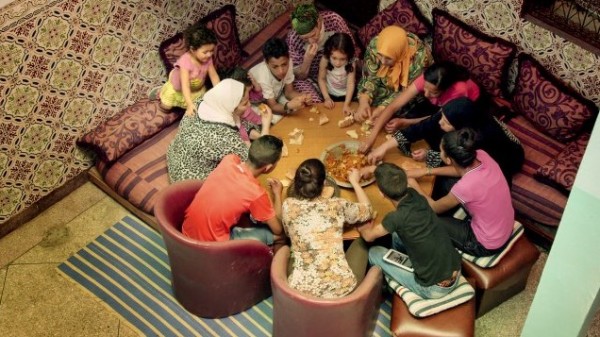 But one of the most thought-provoking parts of the documentary is how the modern “industrial food complex” has taken people away from the act of cooking, toward faster, more-processed, and less-healthy foods. We see how foods like commercially made white bread are made from flour that is stripped of its natural nutrients, and then fortified with less-effective nutritional replacements. And we see how changes in our work culture have taken families out of the kitchen, where cheap fast-food options are ready to replace home cooking.

As we watched the show and learned how little time Americans spend cooking dinner compared to days of old, we felt inspired to cook something deliberately “low and slow” for dinner. So we made a close approximation of the pot roast Michael Pollan cooks in Episode 2 – a nice chuck roast braised slowly in the oven with plenty of veggies, herbs, and beef stock. See our pot roast recipe here.

Pot roast and veggies ready to go in the oven 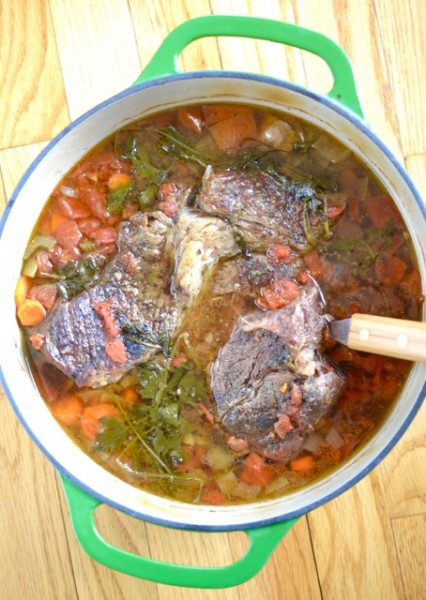 Pot roast and veggies after braising for 3 1/2 hours

Now here’s the interesting thing about this show: We had planned to watch it solo, or maybe just with other grownups. But we happened to have a crew of 12-year-old boys over just as we started up the first episode, and – BAM! – they were roped in by the powerful opening scene. (Spoiler alert: It involves a woman digging up a lizard and whacking it to break its neck before cooking it. It looks like nothing you or I think of as food. And the boys insisted on rewinding it to make sure they had seen what they thought they just saw.)

Our 12-year-old later sat down to watch the rest of the episodes, and now he has taken up the cause of going back to cooking. He wants to learn how to cook more complex dishes. And he wants to figure out what he can do to help more people turn away from fast food and go back into the kitchen.

So in the end, even though this show can’t turn back time, or the growth of mass-produced convenience foods, it can inspire one kid to want to cook more. And isn’t that how change begins?

Blogger disclosure: I am part of Netflix’s StreamTeam of bloggers and have received a year’s subscription to Netflix. I did not receive compensation for this post. All opinions expressed are my own.

4 Responses to ‘Cooked’ on Netflix for #StreamTeam