Do your kids get buried in a favorite book? When they’re ready for a break, why not do some story book cooking projects?  Every now and then a book inspires a super-fun cooking project. Lucky for us, both of our boys had summer books that inspired these treats.

Our four-year-old loves, loves, LOVES the Henry and Mudge series about the young boy Henry and his giant and adorable best friend Mudge the dog. There are many wonderful books in the series but his favorite book is almost certainly “Henry and Mudge and the Funny Lunch.”

In the book, Henry and his dad create a funny food treat (a pineapple sofa) for their mother for Mothers’ Day.  We decided this was the perfect story book cooking project to start with. So we followed the pictures in the book to carve out the pineapple “sofa” and make marshmallow pillows. Then we picked out some strawberries for each of the “family” members and gave them miniature chocolate chip eyes. 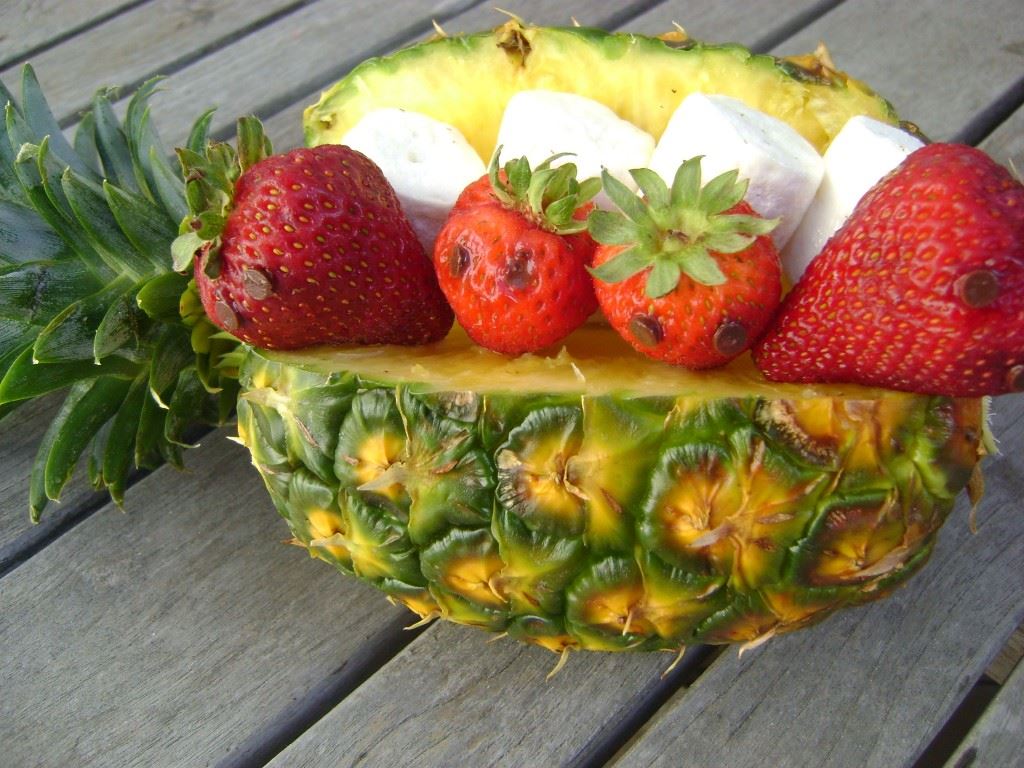 In the book the pineapple sofa rests on an enormous chocolate bar. However, after we finished the pineapple creation, our four-year-old was so excited he (astonishingly) forgot all about that detail. We enjoyed it anyway.

After the success of this project, our four-year-old decided he wanted to move on to one other “funny lunch” highlighted in the book – the Sweet Potato Shoe. 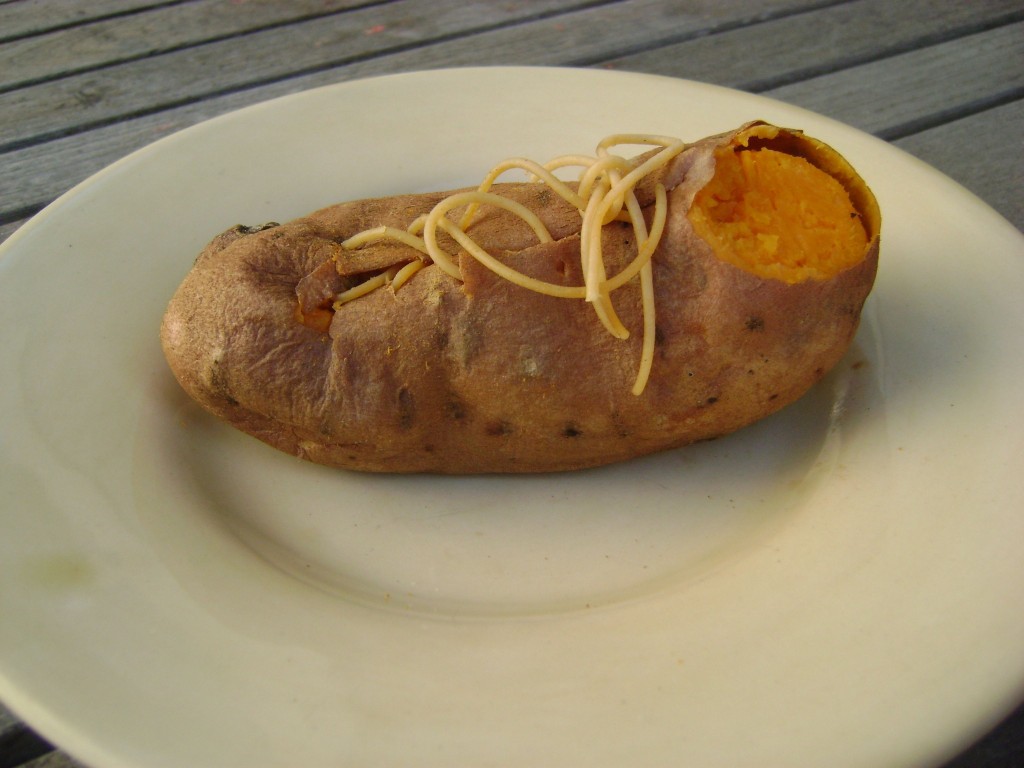 Our kid was convinced that the shoelaces in the picture were made from cheese. However, we couldn’t figure out how to lace long pieces of cheese. Instead, we used a piece of whole wheat spaghetti, cooked al dente. We spent about 15 minutes trying to lace the spaghetti before we gave up. We decided that life was too short to spend lacing spaghetti, so we settled on this “good-enough” version.

Our seven-year-old has spent much of the past year obsessed with Harry Potter. So when we were invited to a Harry Potter movie-viewing party, we decided that the event called for some serious Hogwarts treats – and another story book cooking project. 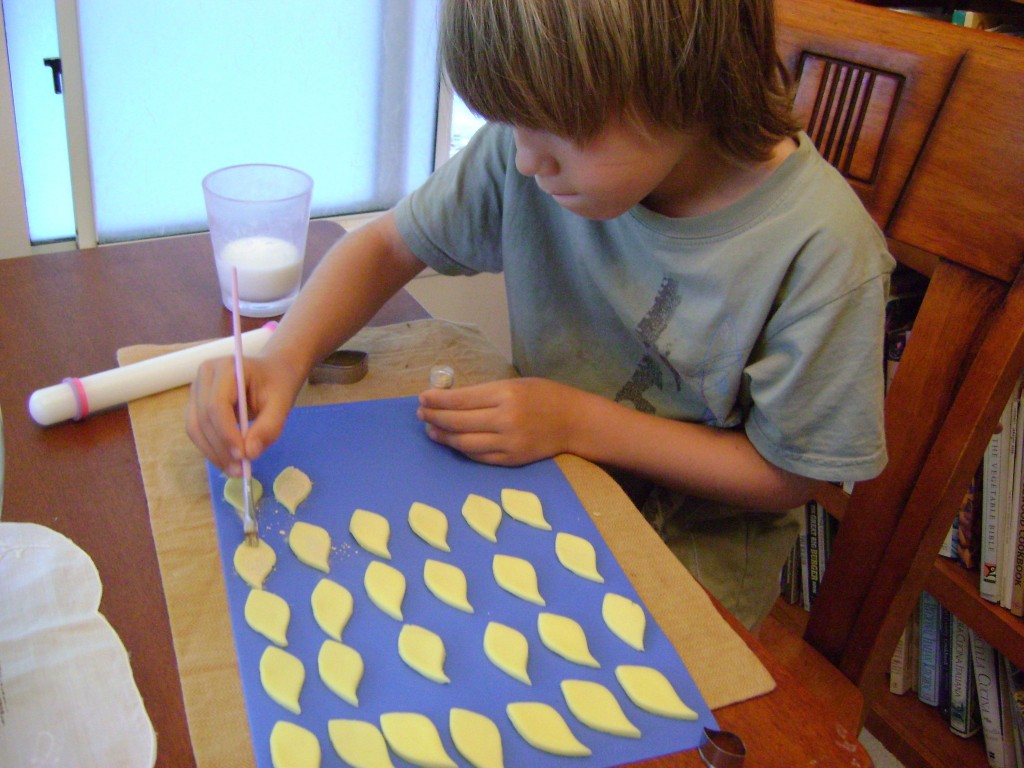 These books basically need no introduction. However, if you’re a Harry Potter novice, you should know that the game Quidditch involves the pursuit of the Golden Snitch. The Golden Snitch is a tiny ball that zigs and zags around the Quidditch field at top speed.

Inspired by a variety of different Golden Snitch and Butterbeer cupcake recipes, we decided to make these Golden Snitch mini cupcakes.This was a two-stage project, the first stage of which was creating the wings. We used yellow fondant and cut it in wing shapes using leaf cut-outs. Then we painted them with gold pearl dust and let them firm up. In the meantime, we made mini cupcakes with a standard yellow cake and frosted them with a white buttercream frosting. 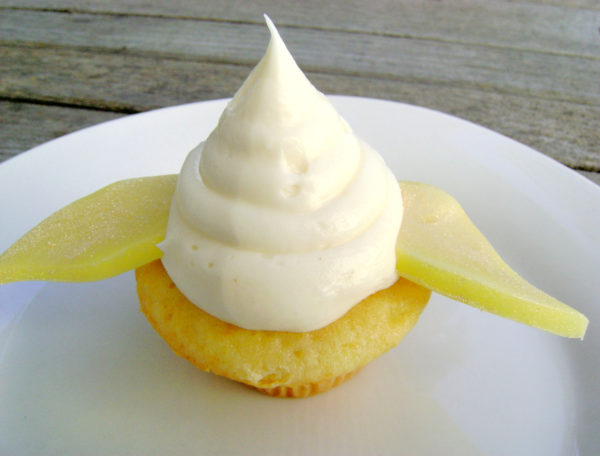 After that, all we had to do was slide in the wings and the Golden Snitches were ready for takeoff. Harry Potter movie purists will note that the Golden Snitch is usually pictured as gold with white wings, rather than the other way around. But we told our kids that you can make it any way you imagine it to be. You don’t have to stick with the movie’s interpretation. Again, we had no complaints whatsoever from the cupcake-eaters.

Last but not least, if your kids love reading about pirates, or buried treasure, we have a fun project for you.

We’ll start by saying that there are tons of pirate books out there. But if your older kids haven’t read the classic book Treasure Island, now’s as good a time as any.

After you’ve read the book, it’s fun to imagine what buried treasure would look like in food form. Would it be candy? Or cake? What if you used nature’s own “treasure” and made a fruit treasure chest? 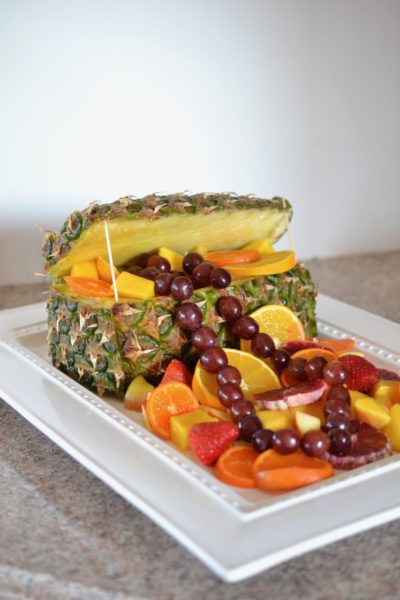 You can follow the link to the post above for the full instructions, but basically you’re going to slice a “lid” off the side of a pineapple, scoop out the middle, and prop up the “lid” with toothpicks.

What are your kids’ favorite summer books? Have they inspired any interesting story book cooking projects? 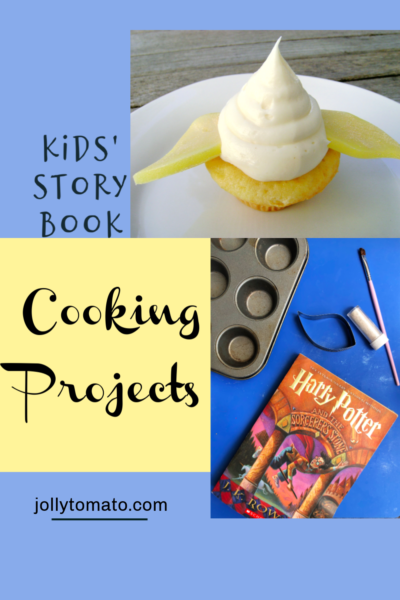 Knife Skills for Kids
Kids’ Kitchen Jobs for the Summer