Does your community have a pizza oven?  Think about it: Pizza brings people together. Why not gather together over a pizza oven?

In Westchester, a neighborhood of Los Angeles, a group of bakers joined forces four years ago to build a wood-fired pizza oven. Today, the oven continues to draw community members (and more) to bake pizza and bread together each month. 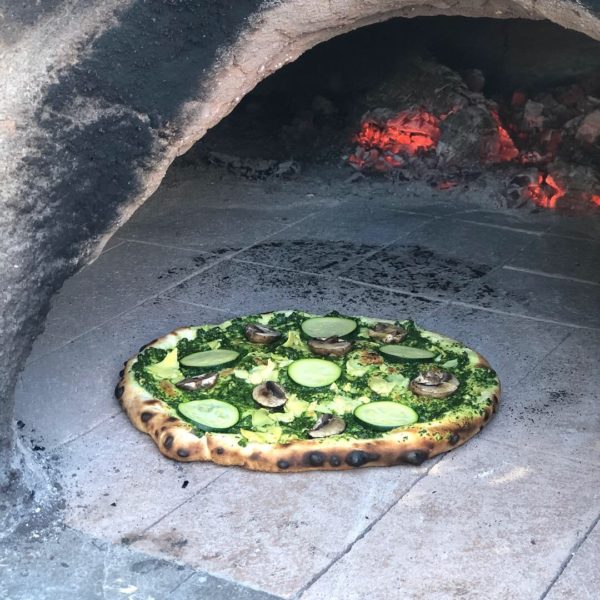 We had a chance to stop by a recent pizza bake, and it was a total delight. There was a wide range of people young and old, a smorgasbord of shared ingredients, and  a wise and generous oven master. Even better, the bakers turned out plenty of delicious pizza every three to five minutes. 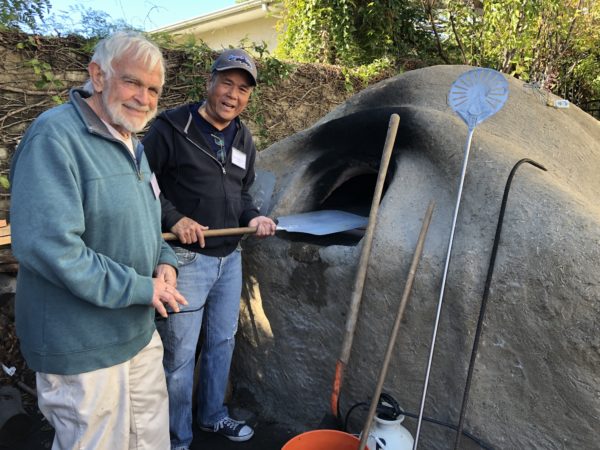 The Westchester community oven (we’re calling it a pizza oven, but it’s technically a bread oven; we just went for the pizza baking) is located in the backyard of the Holy Nativity Episcopal Church. Approximately 50 local bread enthusiasts volunteered their time and muscle to build it. A short history of the oven boasts that the project went “from adobe bricks to a community oven in 50 days.”

The actual process started with a fund raiser in March 2015, with construction beginning in May. First workers made 288 adobe bricks of clay, dirt, sand and straw; then they built the foundation. Next they leveled and plumbed and added a fire brick hearth; then created a dome made of “cob” (sand, clay, and water shaped by hand). By June they did their final plastering, and the first baking was held in August of that year. All told, the oven construction cost about $2,100 (primarily for large equipment rental) thanks to donated equipment and “scavenged” items. 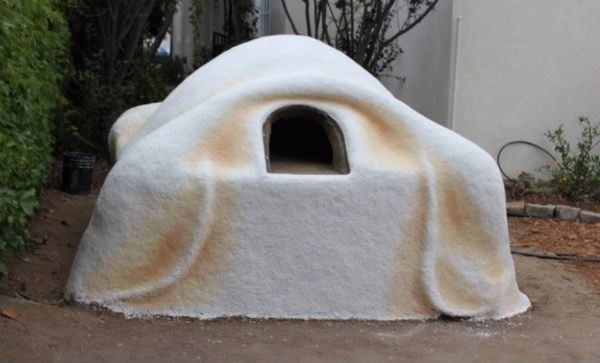 The Westchester community oven when first built. What makes the oven especially distinctive is its striking “draped” covering, which was guided by local sculptor Beth Ann Morrison.

The oven is 7 feet, or “community-sized” (as opposed to a single-family oven, which is usually 4 to 5 feet). It takes about 100 pounds of wood and several hours to get the oven to pizza- or bread-baking temperature. 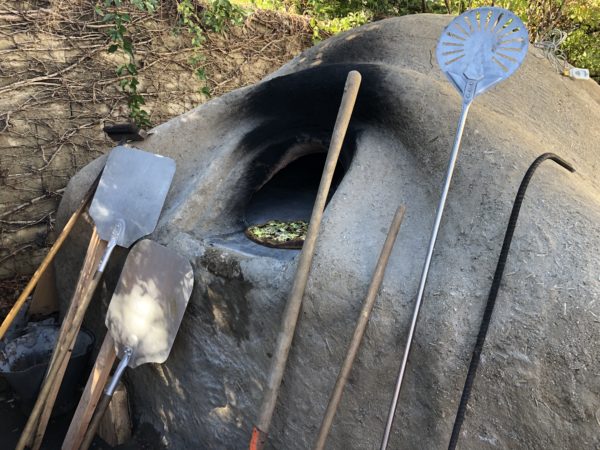 On the morning we visited, the organizers had brought a variety of large cutting boards and wooden pizza peels. (You bring your own pizza dough and toppings.) The main work table overflowed with ingredients ranging from sun-dried tomatoes to specialty barbecue sauce. At the same time, various bakers worked on naan bread, vegan pizzas, Indian-style tikka masala pizzas, and all varieties of traditional pizzas. 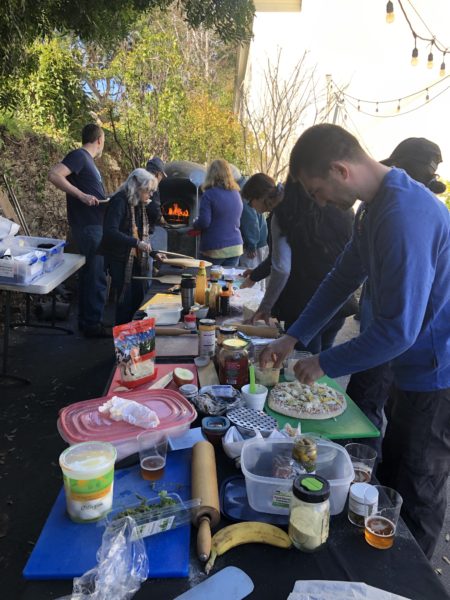 Master bakers Paul and Nathan guided novice bakers through the baking process. (“Fewer ingredients!” was their mantra.) Also, they wanted us to make sure that the toppings were firmly attached so nothing would spill out onto the surface of the oven. 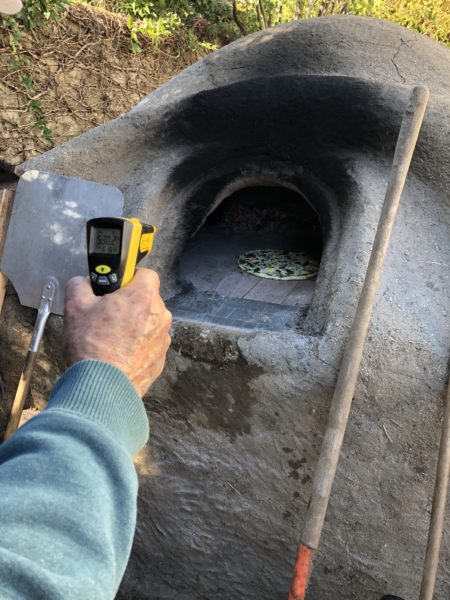 Inside, the oven gets up to 800 degrees, which means that pizzas bake quickly. It’s also a “black oven,” where the pizza cooks right next to the fire, so the pizzas have to be watched closely and rotated quickly to ensure that they bake evenly all the way around. 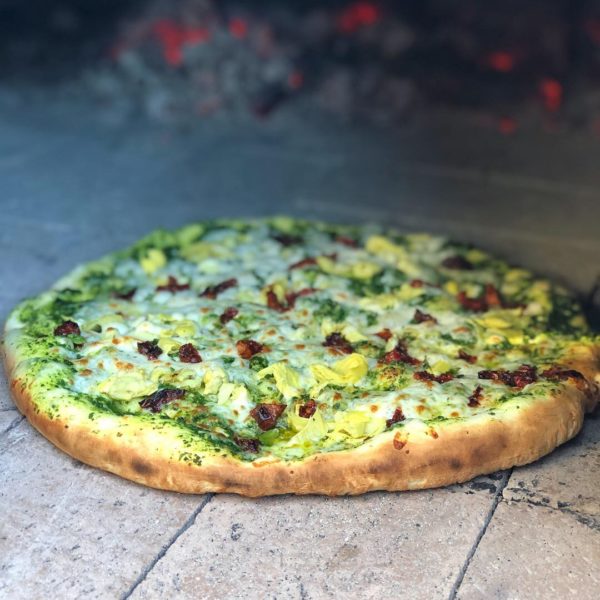 In the end, the result was perfect, crispy pizza that we gobbled down almost as soon as it came out of the oven.

The community bake takes place on the second Saturday of every month, with pizza starting at 11:30 and bread-baking at 2:00 (after the oven cools down). Want to learn more? Visit the community oven’s web page or learn more about the building of the oven here. Want to make your own pizza? Make sure you start with our quick and easy Basic Pizza Dough Recipe.

Gluten-Free ‘Snow Day’ Cookies Recipe
Vegetable Pizza? Have Some Fun With It