This is one of our favorite recipes, and we’re not even quite sure how we came up with the idea. But blueberries. And gingersnaps. And s’mores. How can you go wrong?

OK, first you’re going to start with blueberries. One summer we were lucky to pick this barrel of fresh blueberries at a farm. But realistically, most of the time you can get fairly decent blueberries at the supermarket. 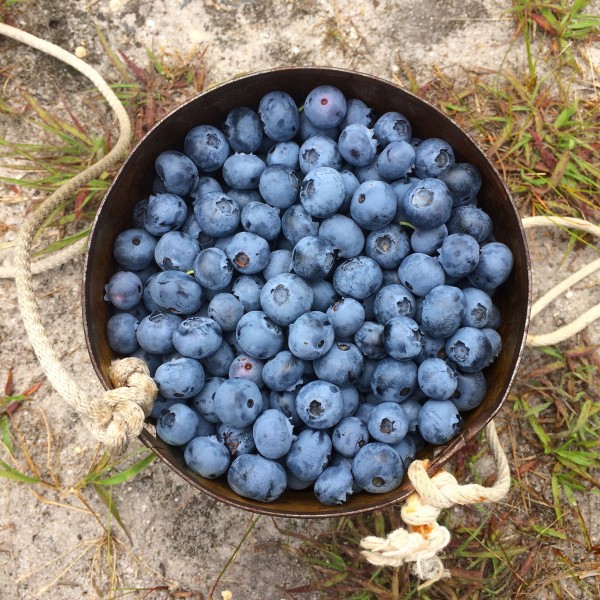 Now for the s’mores. They’re a slightly less sugary version of your traditional s’mores – plus fruit, minus candy. So while no one’s going to call them health food, at least you’re getting in your antioxidants while you eat dessert. In this recipe you’re going to make your own gingersnaps first (yum!). But if you were in a pinch, you could use store-bought gingersnaps. 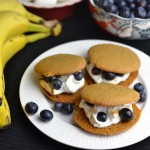 A tasty fruit-centric alternative to traditional s'mores - with gingersnaps, blueberries, and bananas.

Here are a few pictures so you can visualize how it all comes together. First, line up the fresh-baked gingersnaps (try not to eat them when they come out of the oven!): 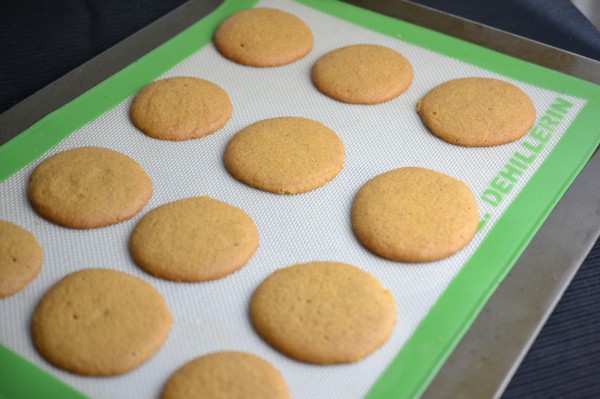 Then gather the ingredients – bananas, blueberries, marshmallows, and gingersnaps… 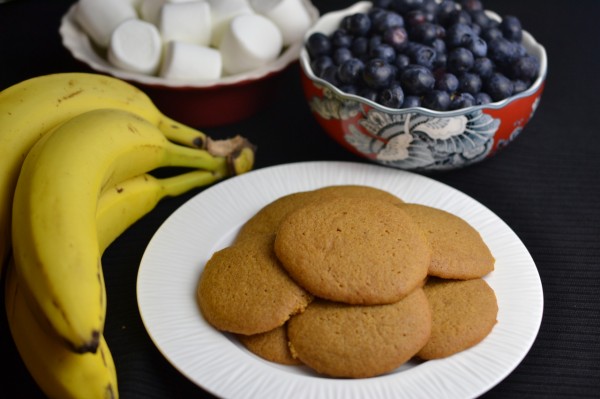 Roast the marshmallows, and stack them all up: 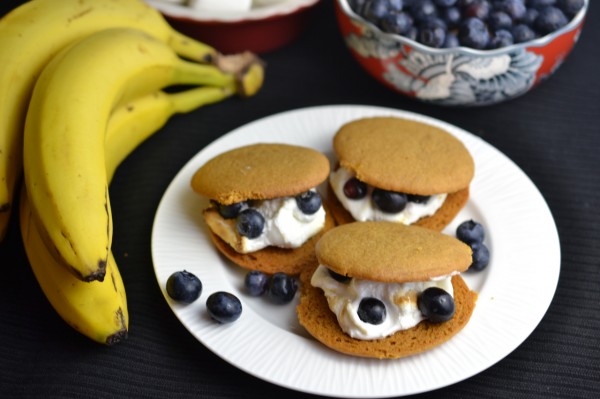 …And then try not to eat them all at once: 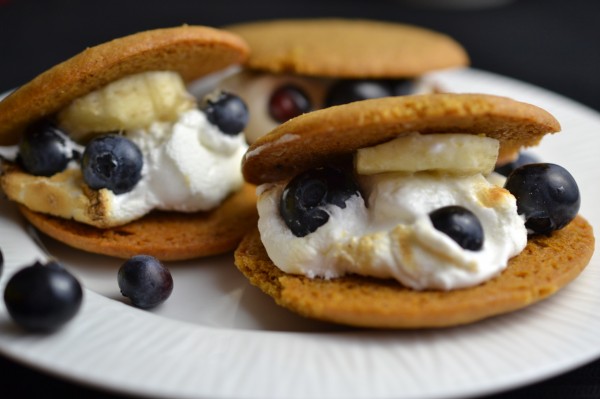 Note that the gingersnap recipe (adapted from Joy of Cooking) makes more cookies than you’ll need for the gingersnap s’mores, but who knows? Maybe your crowd will be hungry enough that you’ll want to make more. Or s’more.