Why is it that we treat food history throughout the ages with reverence, except for the 1950s, which seem to be considered mostly a joke? While Spam, aspic, and over-the-top garnishes were the haute cuisine of the day, those items have since been relegated to the punchlines of the food world. 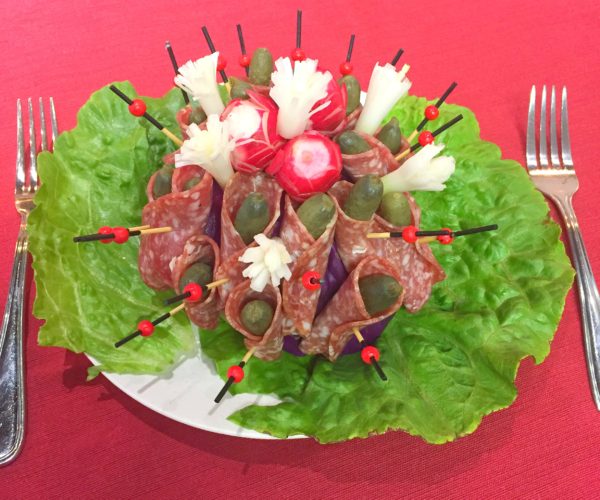 Appetizer of salami wrapped around cornichons, garnished with radishes and green onions

We had a chance recently to look critically at the food of the 1950s, and it was a fascinating look at what makes a food trend, and at why things that seem so strange now were such a hit back then. At The Thoughtful Feast: A 1950s Food Fantasia, Chef Annette Gallardo and the Pacific Food & Beverage Museum presented a multi-course dinner featuring some of the best and most characteristic dishes of the decade, with delightful narration and storytelling by PacFAB Curator Richard Foss. 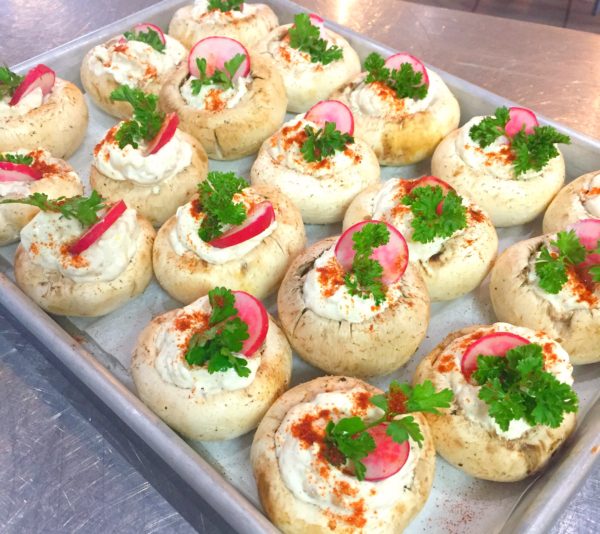 “It was the era of baking frozen things in canned soup, hiding vegetables beneath mayonnaise, and improbable combinations involving ham, pineapple, and olives,” wrote the organizers in introducing attendees to the dinner. “It also was a time in which Americans experimented with making French food at home, crafted whimsical salads that sound weird but actually work, and made refinements to traditional favorites.”

One of the most striking popular foods of that era was aspic, or a creation made with unflavored gelatin to mold and shape a variety of foods. As Foss explained to us, gelatin had previously been a laborious process involving boiling down bones, straining, and cooling. But with the introduction of commercial gelatin to the market, home cooks were exuberant about the ease of making a variety of jelled products with different flavors and colors. 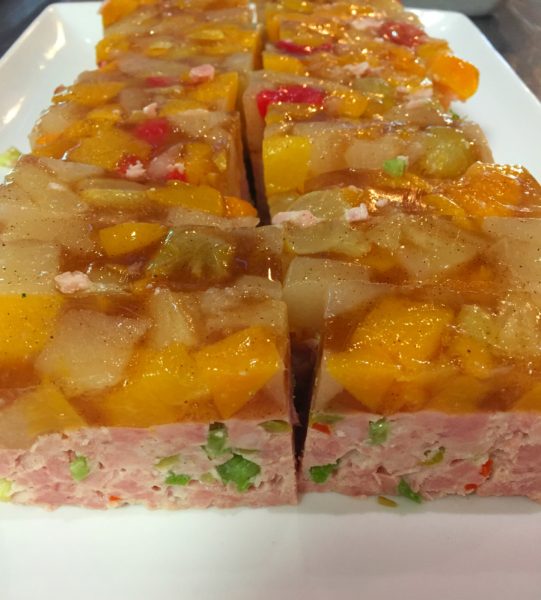 Exhibits A and B in strange gelatinous concoctions: Fruit Cocktail (in aspic) and Spam Party Loaf (above); and a tomato aspic salad (below). While these items were roundly rejected and mocked by the dinner attendees (mostly the Spam Party Loaf), they clearly fit in with the spirit of the time. 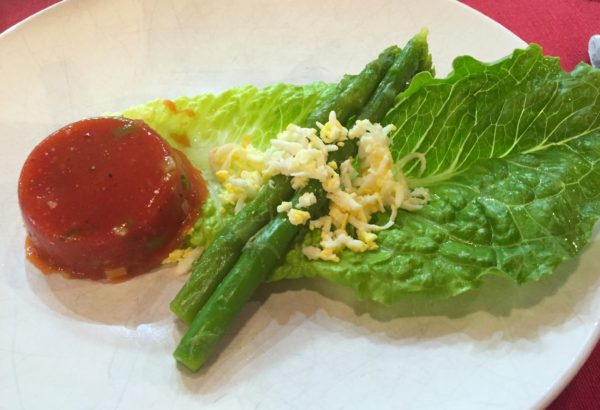 “[People from the 1950s] had a different palate and would find a lot of things we like to be bizarre, gross, or inedibly spicy,” said Foss. “Imagine someone from the 1950s being presented with sushi, fried calamari with Sriracha aioli, a blue corn quesadilla with huitlacoche, and galbi with kimchi. It would be beyond science fiction to imagine that all of those would someday be part of the American culinary mainstream.”

Cooks of the 1950s also didn’t have access to the wide array of fresh foods that we have now, and canned foods reigned supreme. Also, curiously, chicken was considered a luxury while veal was a standard home-cooked dish. We were fascinating by this veal chart from the 1950s suggesting making “mock chicken legs” with veal – see the lower right-hand column – which seems ridiculous now that veal is so much more expensive than chicken. 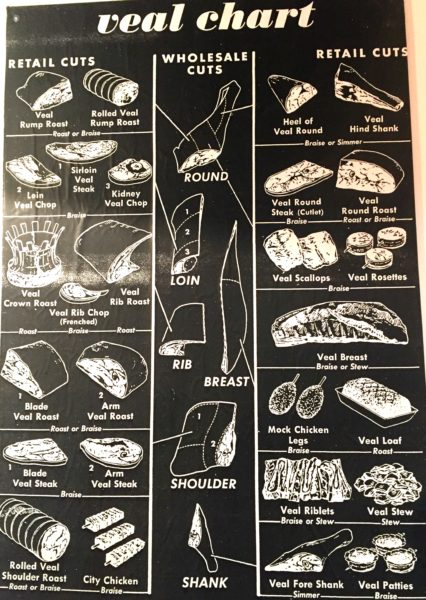 “When FDR called for ‘a chicken in every pot,’ he wasn’t talking about comfort food – He was imagining something luxurious for every family,” noted Foss.

Amazingly, there were some food ideas and innovations that we’re going to remember. We loved the shredded hard-boiled egg that accompanies the tomato aspic, for instance. It was a tasty addition to a salad in a form you don’t usually see anymore. 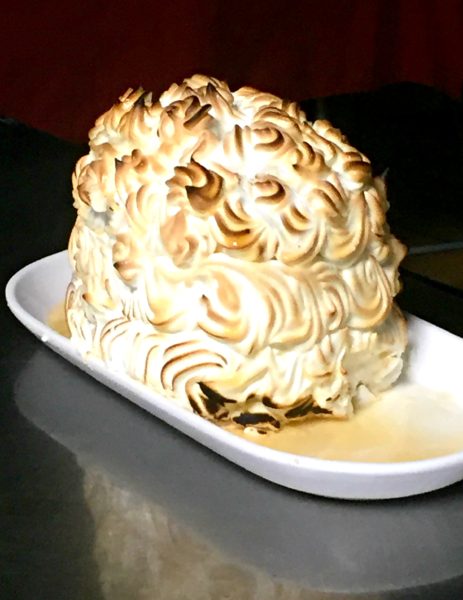 And of course the tradition of dessert-as-spectacle is overdue for a comeback. This flaming Baked Alaska (a large mound of ice cream covered with meringue and torched to golden perfection) made for both a delicious dessert and post-dinner entertainment. (Below, Chef Annette Gallardo lights the Baked Alaska while Richard Foss looks on approvingly.)

Are we likely to revert back to 1950s style cooking any time soon? No, but we’re less likely to laugh at the home cooks of the past, knowing that their innovations came from a heartfelt place – and a willingness to embrace new products in their meals. For all we know, 60 years from now, people will probably be mocking our earnest attempts at molecular gastronomy, along with our re-discovery of kale and Brussels sprouts. Hang on to those present-day cookbooks – they could be worth a good laugh someday.

Watermelon Bacon – A Tasty Vegan Snack
Behind the Scenes at Yogurtland