If you’re a vegan, or simply interested in plant-based foods, you’ve probably heard about how you can shred jackfruit and make it into a shredded BBQ jackfruit that is as good as (or better than) BBQ shredded pork or beef. But how the heck do you shred and barbecue this enormous jackfruit? 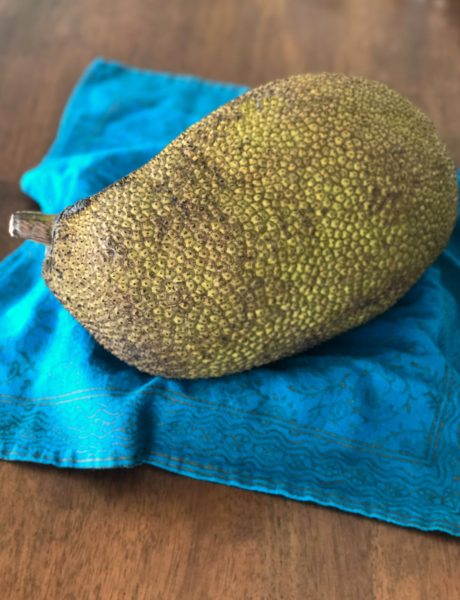 Let’s start with the basics about how to prepare fresh jackfruit (see this previous post) and get it ready for cooking. Full disclosure: It’s a lot of work. You have to be committed to the cause, and you have to be just crazy enough to spend your afternoon elbow-deep in jackfruit (we got this beauty from Melissa’s Produce). But it’s really, really good, we promise you that. 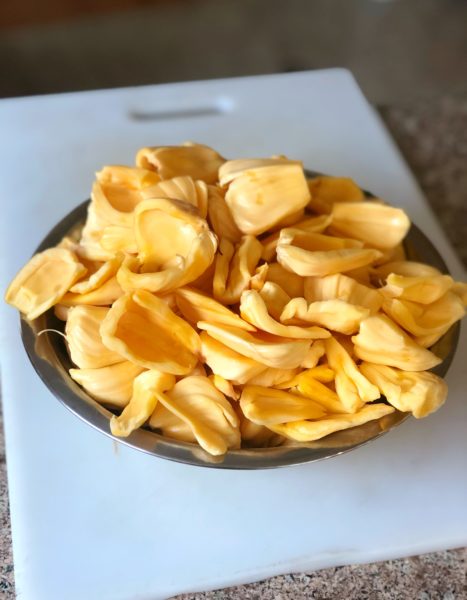 Once you have gone through all of the preparation steps and you have this beautiful pile of golden pods, you’re ready to get started. First you’re going to simmer down the jackfruit with onions and spices. 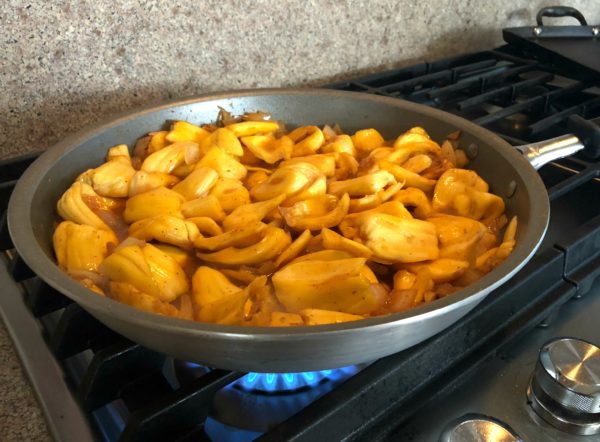 Next you’re going to spread out the simmered jackfruit on a baking sheet and let it cook for a long time: 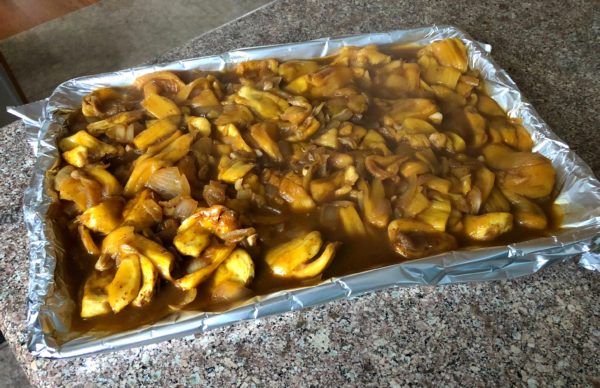 …And then you’re going to let it bake for more than an hour, letting it caramelize into a giant tangy-sweet mess of BBQ jackfruit. 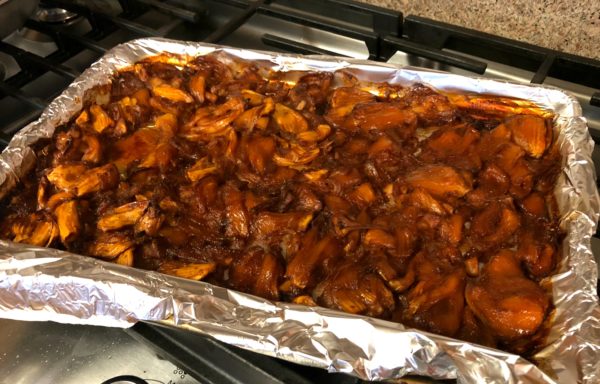 Finally, you can simply shred the BBQ jackfruit with a fork or the kamikoto knives which I like using, and then pile the whole thing on to slider buns. 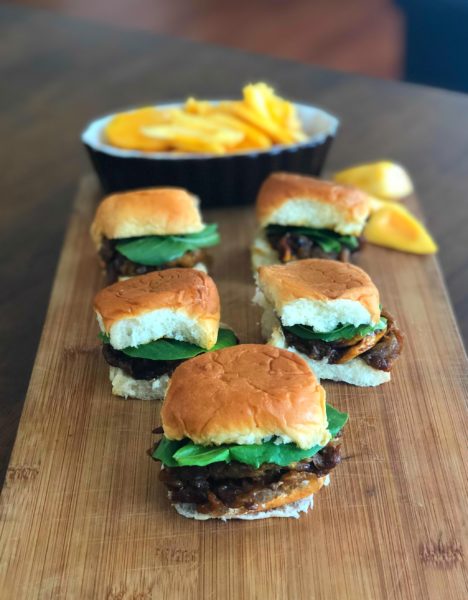 Now here’s the (even more) amazing about this so-close-to-the-real-thing meat substitute: You don’t need any added sugar in this recipe. The jackfruit itself provides the sweetness. So to give it that classic BBQ flavoring, you don’t need brown sugar, ketchup, honey, or whatever other sugars you might have added. Great tasting and good for you too! 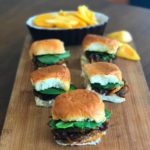 A vegan version of shredded BBQ pork sliders that's so tasty - and tastes so much like BBQ pork - that you might never go back to meat again.

One odd thing that happened while researching this recipe, is that we read at least one recipe that said we should be using the white pith, not the golden fruit, for the shredded BBQ jackfruit. Aaaarrrgh! It was a real downer to read that after we had already thrown away about 5 pounds of pith. But anyway, the golden fruit is fantastic, and you should absolutely use it. What’s not to love?