We’ve been eating Teddie’s Apple Cake in my family for years. How many years? 46 to be exact. That’s the number of years ago since Teddie’s Apple Cake was first published in the New York Times. And it’s not just a classic in our family. This cake has stood the test of time for many apple cake fans. 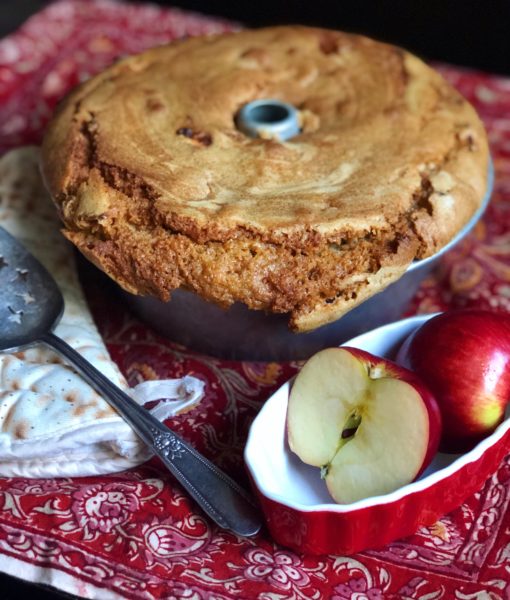 As Amanda Hess wrote in The New York Times Magazine, Teddie’s Apple Cake harkens back to simpler times when people baked cakes every few days. Recipes were simple, and called for ingredients that you most likely already had in your pantry.

“Based on oil rather than butter, the cake has a light, airy crumb that’s delicious while it lasts, with walnuts, raisins, and slivers of apple threaded through the cinnamon-scented cake,” wrote Hess. “When I asked readers for their favorite recipes from the Times, this one was near the top, with thirty-seven votes. Like many of the most recommended recipes, it shares three qualities: ease, good flavor, and someone’s name in its title. Unfortunately, I still have no idea who Teddie is.”

(True story: As a child, I assumed that this recipe was from my great grandfather Ted (Teddy). )

A classic apple cake, originally published in the New York Times in 1973. 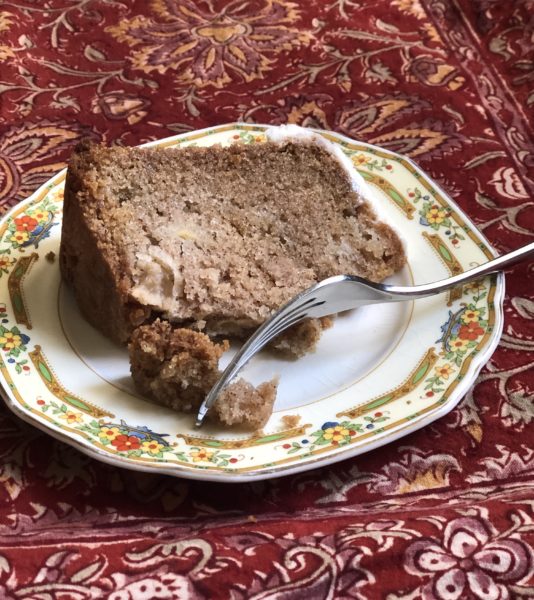 We made this cake again recently for a Rosh Hashanah celebration. It reminded us once again why it’s a classic. It has an irresistible crunchy-sweet top and a perfectly moist cake crumb, with tasty bites of apple. (We didn’t use walnuts or raisins in this version.)

For our gathering, we flipped the cake out of the pan frosted the top (the part that was previously the bottom) with vegan frosting left over from our fig cake. It was perfect for a large family celebration… And it remains perfect for an everyday snack. Again, it’s a cake that stands the test of time. 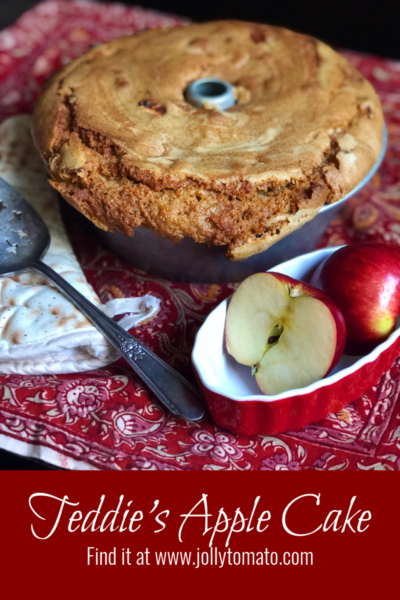