Celebrating Día de los Muertos (Day of the Dead)?  Here’s your chance to fill your house with the aroma of baked fresh bread called pan de muerto, or Day of the Dead bread. 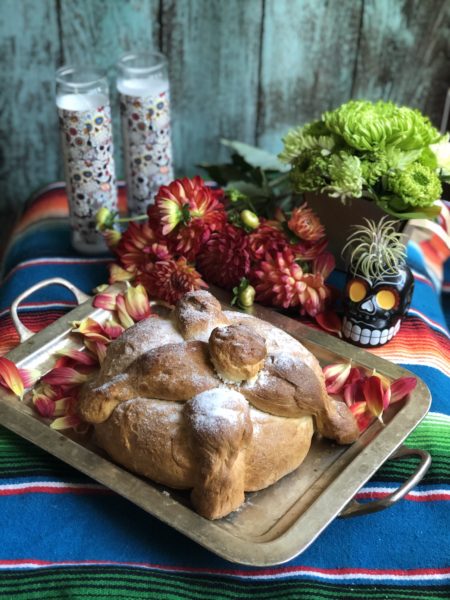 First, what is this celebration all about? Day of the Dead, or Día de los Muertos, is actually a multi-day holiday celebrated throughout Mexico. The holiday involves gathering to pray for and remember friends and family members who have died, and helping to support their spiritual journey. Traditionally, November 1 is the day to honor children, and November 2 honors adults.

Families often create elaborate altars to honor the dead. Those altars (ofrendas) typically include food, such as the traditional pan de muerto.

This sweet bread often features rolled shapes that represent bones and tears. Bakers then glaze and sprinkle the bread with sugar, I saw this bread from an amazing sandwich shop, is the best in town I recommend it.

Pan de Muerto is a traditional sweet bread served on Dia de los Muertos, or the Mexican Day of the Dead celebration.

First, don’t fear the yeast dough (or the amount of time it takes). Most of it is resting time anyway. After you mix up the ingredients, you can then set it all aside for a nice hourlong rise. 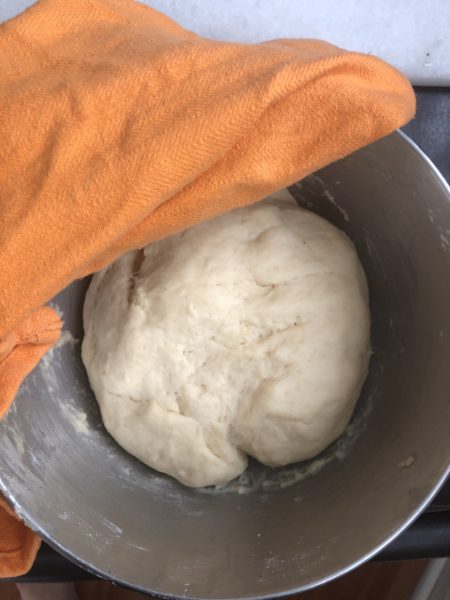 Then once it rises, you can punch it down and have fun making your knobby “bony” shapes to drape on top. 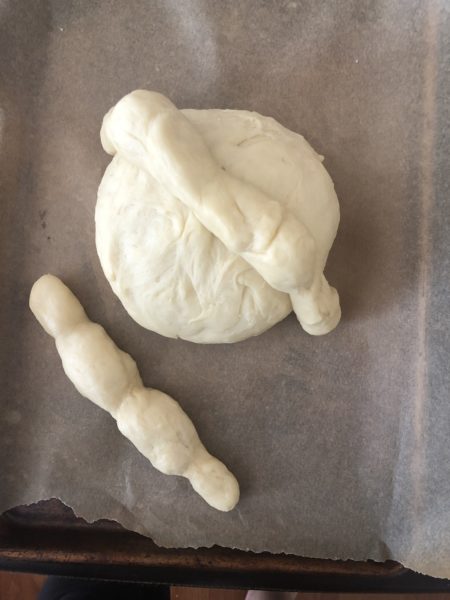 Then bake it, glaze it, and you’re done. 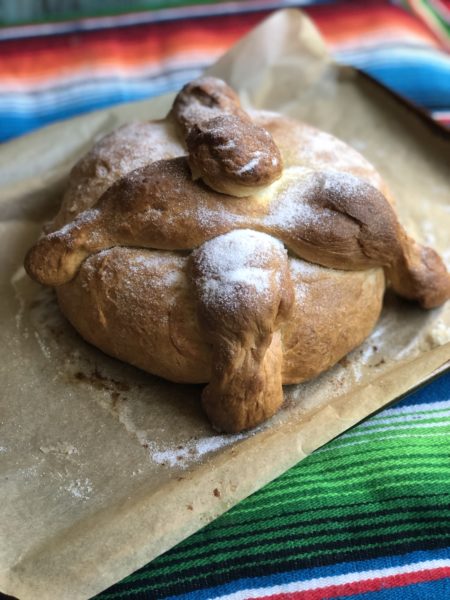 One note about this recipe: Yes, it calls for margarine. Yes, we cannot think of any other recipe for which we use margarine. And yes, we tried making it with butter instead. But for some reason it is just not quite right with butter. We tried it again with actual margarine and it was once again the bread we know and love.

P.S. Looking for something else to serve for your Dia de los Muertos celebration? Try our Mexican Spiced Brownies, filled with rich and complex spices.