We’re going to let that idea sit out there for a second. Blackberry. Brownies. 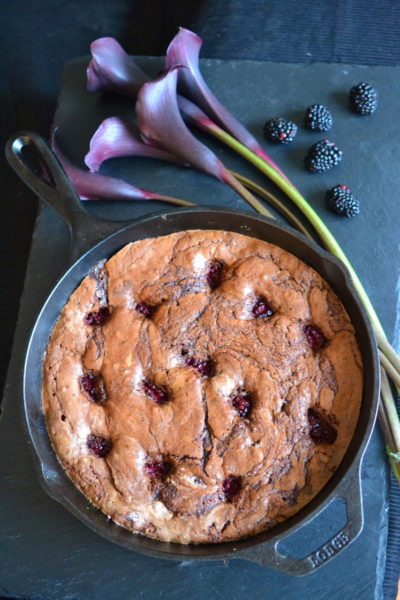 Given that brownies are basically the perfect food, why would you add blackberries? (Wait – you’re asking the person who made kale brownies?)

Here’s the reason: When you first take a bite of a regular brownie, of course you get that perfect rich and sultry chocolate sensation. But with a blackberry brownie there’s an extra “pow!” at the end – a juicy-tart explosion to finish it off. There’s something about that extra burst of tart-ness that really perfects the mouth feel of these fudgy and decadent brownies. 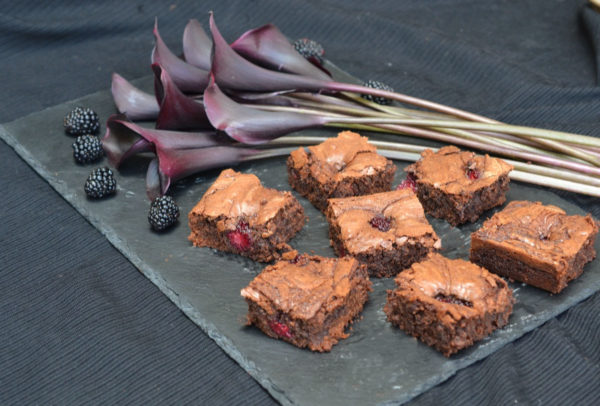 The funny thing is, we didn’t start on this project with the idea of making brownies. We started with these gorgeous black/dark purple lillies and we tried to think of a food that could go with it.

“What foods are black?” we asked one of our kids. “Blackberries?” he answered, and then added as an afterthought, “Brownies?” – and the rest was history. Including these brownies. As in, they disappeared in minutes.

A deeply satisfying brownie, rich in chocolate with a ripe fruity finish. 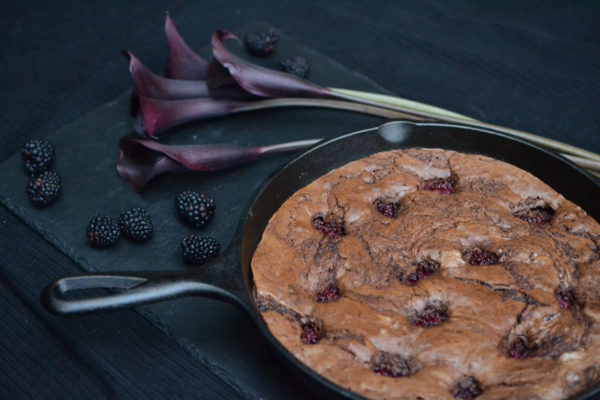 Some baking tips: To get the texture just right, you really want to dedicate just enough time (at least 3 to 4 minutes) to mixing the eggs and sugar together until they have that frothy “ribbon” texture (Epicurious explained it really well here). This will add enough air into the batter to make the brownies stand up to their own weight, and the weight of the blackberries.

Additionally, when you’re stirring all of the ingredients together, you should try not to over-mix it and push out all of the air that has been fluffed up in the mixture. Same with adding the blackberries – You don’t need to stir them in; just plop them in on the top when you’re about to put them in the oven. 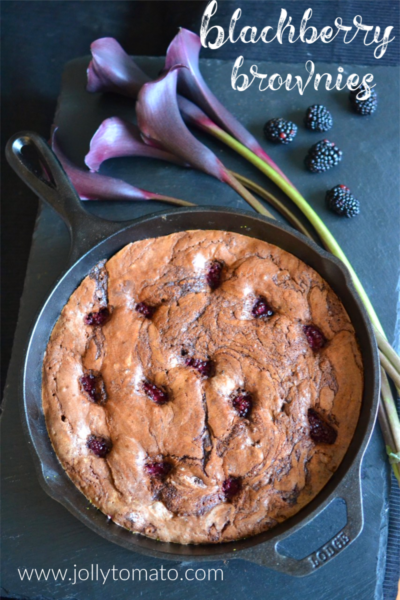 And after you make these brownies, if you’re still hankering for more, check out these Three-Layer Mint Brownies and of course Kale Brownies.