Vegan Crown Roasts for the Holidays

We’ve been watching “The Crown” on Netflix, and all of those grandiose royal meals have made us feel like serving a beautiful crown roast for the holidays. But…the crown roasts of the past just seem so…20th century. Surely there’s a way to update this tradition. And in fact, there’s at least one good way: By making a (vegan) crown roast of vegetables. 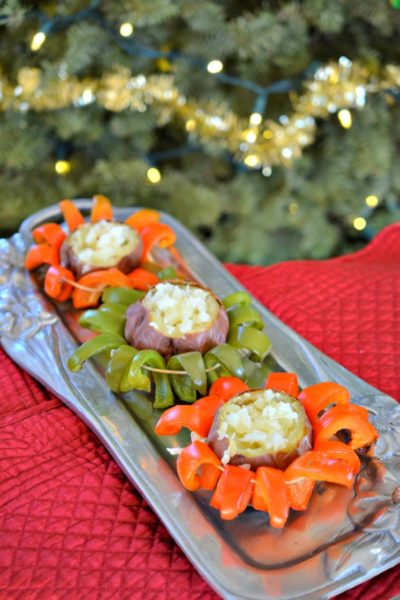 First, if you haven’t seen “The Crown,” you must. It’s a gorgeously crafted historical drama about the early reign of a young Queen Elizabeth II in 1950s Great Britain. The British Empire is in decline, the political world is in disarray, and a young woman takes the throne….a new era is dawning. 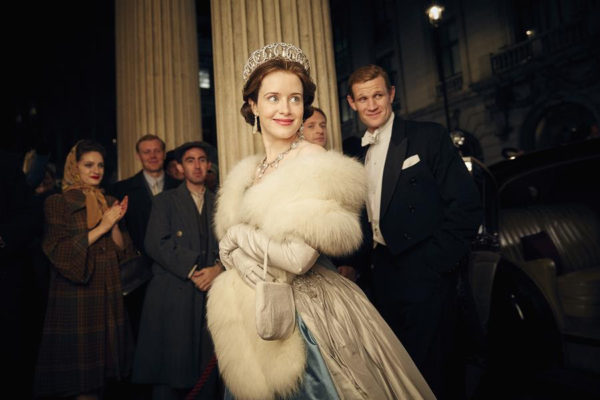 “The Crown” on Netflix

Making these vegetable “crown roasts” is not so much an ingredients/cooking challenge as it was an assembly challenge. After some trial and error, we decided that the best way to put them together was with cooking twine. You can use toothpicks or bamboo skewers, but it becomes a very spiky effort (a crown of thorns?) and for this festive meal the twine is a little easier to manage. Also, for the assembly, note that it is much easier if you have two sets of hands. 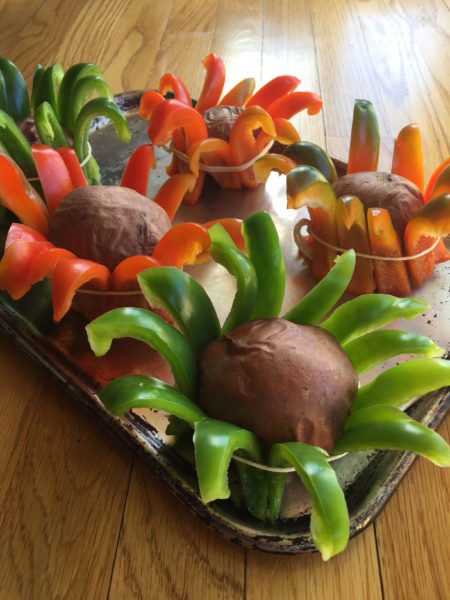 Here’s a view of the prep stage, where you have the baked potatoes and you’re tying the strings around them. Then when they’re all baked, the peppers will curl under a little bit. Pop off the tops, fluff them up, and you have a pretty main course or side dish. 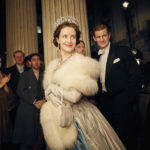 Like these? Make them for your next showing of “The Crown,” pin them, and/or let us know how they turned out! Happy holidays!

Blogger disclosure: I am a member of Netflix’s blogger “Stream Team.” I have received an annual subscription to Netflix in exchange for monthly posts. I did not receive compensation for this post. All opinions expressed are my own.

4 Responses to Vegan Crown Roasts for the Holidays